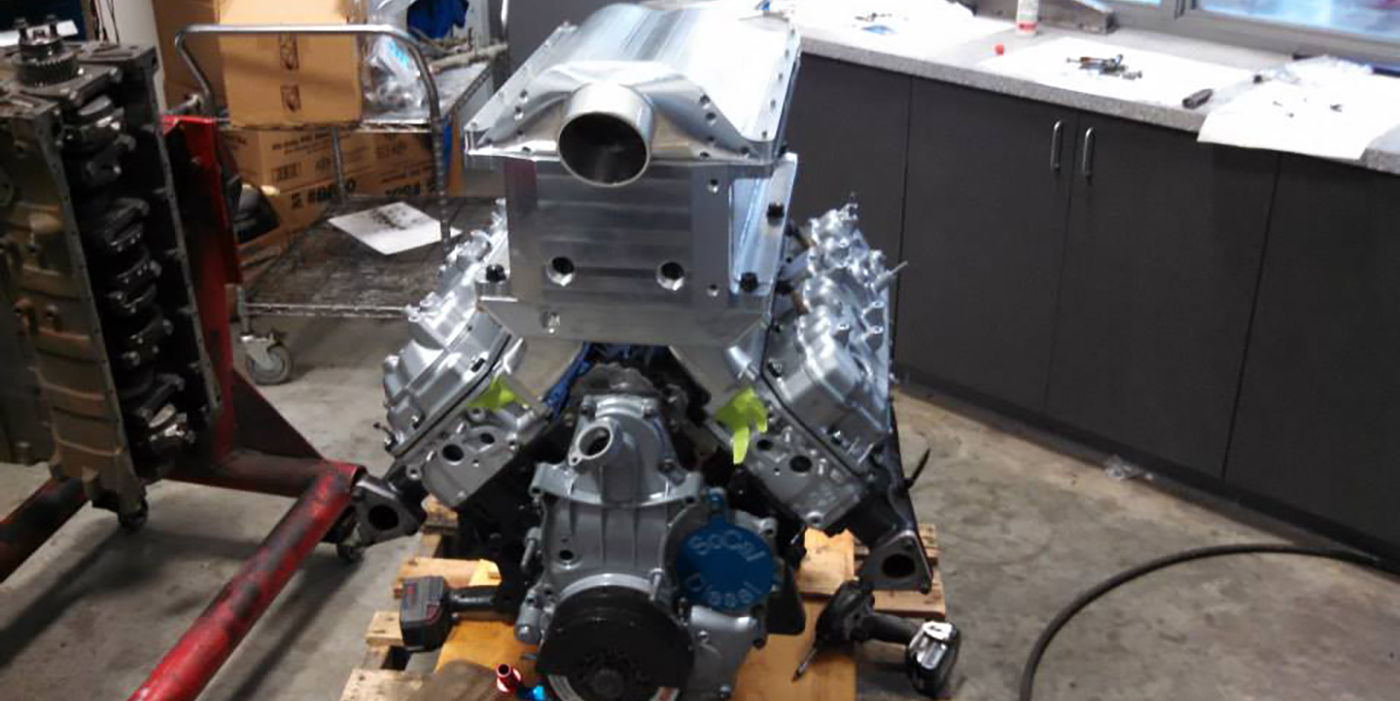 When a customer’s pulling truck caught fire and caused some engine damage, Baillie Diesel got to work putting this 3.6 class Duramax engine back together. Find out what went into the rebuild.

When Jim Greenway began working for Jerry Baillie at Baillie Diesel in the 1990s, he was just thankful to be working within something he had a passion for. Little did Jim know at the time that Jerry would soon hand him the keys to the shop, but that was exactly what happened.

After just three years of working alongside Jerry, Jim was asked if he wanted to take over the Nixa, MO shop.

“Jerry came in one day and asked if I wanted the place,” Jim Greenway says. “He was ready to get out. I told him I didn’t have the money and he said, ‘Don’t worry, I’ll carry it.’ That was 20 years ago. We didn’t have much money to start with, but everything worked out. That was when the diesel stuff really started taking off in the early 2000s.”

Around 2007, Jim was racing dirt late models, but had built a common rail sled pulling truck for a customer who went on to win a local pull by 50 feet one night and the shop’s phones rang off the hook that Monday morning.

“We decided then we were in the wrong sport, so that winter we built our own sled pull truck for advertising,” Greenway says. “That was 14 years ago now. Today, we’ve got two Super Stock diesel sled pulling trucks that we run in the Lucas Oil Pro Pulling League. We work on around 2,000 trucks a year. We turn out about 10 trucks a day. Our bread and butter is stock engine maintenance and repair. We do a lot of performance stuff as well, but our main volume is daily drivers. We work on Ford, Dodge and Chevy.”

On the performance side, Baillie Diesel sees a lot of Cummins engines as well as some Duramax. The shop can and has built engines geared for drag racing, but sled pulling is their specialty. Baillie Diesel is just under 10,000 sq.-ft. and has seven full-time employees.

“We built this shop about seven years ago,” he says. “We’ve downsized some, so we don’t balance cranks or line bore or hone anymore, but we do all the rest of it. We also have a Land & Sea engine dyno.”

With a big focus on pulling engines, Baillie Diesel recently had a customer come in with a Duramax engine that had caught fire. The shop got busy with the rebuild of the 3.6 smooth bore charger Duramax.

The shop started the rebuild with a stock block that got torque plate honed to .020˝ over. It also got line honed with ARP main studs. The engine got a new, stock crank, which was balanced and keyed. The engine also got equipped with stock cylinder heads that got ported in-house.

All said and done, the 3.6 smoothbore charger Duramax can pump out around 1,350 hp. Now it’s time to get back to the pulls!