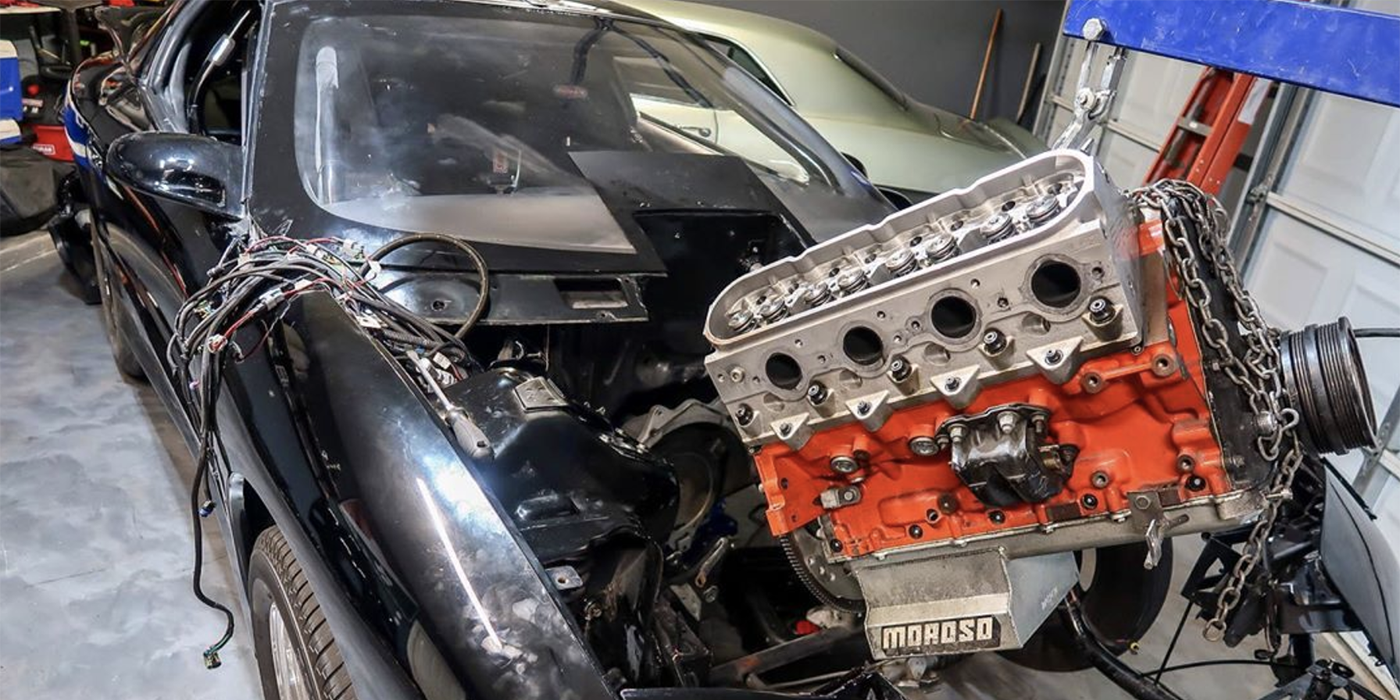 The LS was almost purposely designed for engine swapping. Today, a fledgling industry is built around LS swapping and aftermarket parts vendors ready to support them.

Engine swapping is nothing new in the hot rod industry. Early racers and outlaws often swapped engines into other vehicles to make them a better fit for their purpose – whether running moonshine or racing on a dry lakebed or cruising the boulevard with their lady.

Carrol Shelby was known for the Shelby Cobra, but he was just doing what hot rodders do – swapping a bigger engine into a lighter, more agile vehicle. Shelby said in his book, The Carroll Shelby Story: “[T]he longer I went on racing and was around the limited-production factories in Europe, the more I realized that America was missing a big bet, a winning bet…that winning bet I’m talking about was the design and production of an all-purpose, all-American sports or grand touring car that you could drive to market and also race during the weekend…” In particular, Shelby wanted to put a 300 horsepower, American V8 in an Austin Healey-type chassis so it weighed less than 2,600 lbs.

While Ford got all of the accolades for supplying Shelby with an engine (289 cid, and later a 427 cid), GM, too, was a big part of the engine swapping scene. For decades, the small-block Chevy and big-block brother have been dropped into everything from kit cars to trucks and vans. But over time, most of the older engine architectures gave way to the newly updated small-block from GM called the LS engine.

The Gen III was first introduced in 1997 in the Corvette as the LS1 with an aluminum block, but the engine sprouted many siblings from there. Many critics harped that the LS was not modern because it was still using an antiquated pushrod valvetrain instead of an OHC design. But these critiques missed the mark as the design actually meant the whole package could be more compact, lightweight and fit into a much wider range of applications. In short, the LS was almost purposely designed for engine swapping into all sorts of older GM nameplates and muscle cars… They were also ripe for dropping into vehicles that were never conceived to handle American V8 power, such as BMW 3-series, Mazda Miatas, Pontiacs, Mitsubishi Evos – even older British cars.

Today, a fledgling industry is built around LS swapping and aftermarket parts vendors ready to support them. Exhaust headers, oil pans, plumbing kits, fuel systems and power adders are all in play when it comes to swapping an LS into any combination your heart desires. Some companies also make engine mounts to bolt them up to the chassis of your choice, including the transmissions. You want to make power easily and relatively cheap – drop an LS in it!

There are numerous YouTube videos about making big horsepower from a junkyard LS engine. Not that we encourage you to do so, but there is an appetite for making horsepower at an affordable price. While the LS can deliver bang for the buck, it can also reach stratospheric HP levels with bigger budgets and professional engine builders’ help.

Most people agree that the LS is a stout engine capable of making impressive horsepower with simple bolt-on modifications. Its various iterations have been mounted into more than 50 GM vehicles throughout the years. But there are some disadvantages to the pushrod design. However, the benefit is weight savings.

For one thing, a pushrod design means that there are more valvetrain parts, and more parts (and more moving parts) mean there’s a greater chance of failure. However, the aftermarket has produced very durable combinations that go from mild to wild. The bottom line is that your customer should not be afraid of a little, old pushrod. The pushrod design aids with tighter packaging, one of the main reasons it is so prevalent in engine swaps.

An OHC engine can have multiple valves per cylinder, whereas an LS pushrod engine is limited to an intake and exhaust. This limits the revving ability. The more significant issue is that the camshaft is mounted below the valvetrain, so it is a lot more challenging to change or have access to if you want to swap for a hotter cam after the engine is installed.

Piston rings on some LS engine variants are known to leak. The stock rings can have sealing issues and cause high oil consumption, which is not good. But worse is that a little oil consumption turns into increased blow-by and loss of power as it continues. For this reason alone, you should consult your customer about doing at least a short block rebuild. But if the heads are junk, too, then you better make it a long block.

The stock oil pump can cavitate above 6,000 rpm and have starvation issues if your customer runs it regularly at high revs. Stock engines used for grocery runs and carting kids to practice don’t usually experience oiling issues because they typically are not revved very high (or for very long). However, in performance applications, oil issues will likely pop up sooner than later if they aren’t addressed.

The skirted block design strengthens the block, but it does limit the ability to reduce windage in more conventional ways. Using a windage tray or crank scraper won’t make a big difference because they can’t be mounted close enough. This is why a wet sump can be very beneficial but also costly.

There is also the myth floating online that an LS swap is cheap. It’s not that cheap unless you or your customer are willing to fabricate many parts and reuse a wiring harness, ECU and other sensors from the donor.

Grassroots Motorsports recently wrote that it cost more than you think for a basic LS swap. If you do it for less than $1,500, “it means you scored an excellent deal on a parts car, recouped the price by selling off what was left of it (and possibly the engine you removed), fabricated any necessary adapters or brackets, welded your own exhaust, and adapted the donor car’s wiring harness. It also assumes that you didn’t need any rare or expensive parts, and that either your existing rear axle was stout enough to keep, or your parts car had a worthy replacement.”

Since the LS has been around so long and installed in so many GM vehicles over the years, it can be difficult to identify what engine you have and relay it to your parts supplier. Dave Sutton of Sterling Engine Bearing and an Engine Builder contributor says no one ever seems to know what they’ve got. “When you consider that a 4.8L is dimensionally the same as a 7.0L, the potential is there to think you have one engine when you really have something else. If your engine is fully or mostly assembled, a few things are worth noting from the outside that can help identify which generation motor we’re working with, which means we’re getting closer to finding a year range.” Sutton suggests you start by looking at the sensors.

While the LS can bolt up to many of GM’s legacy transmissions with relative ease, the 4L60E is one of the most commonly swapped transmissions with an LS. It’s strong, dependable and came with a majority of LS engines. Finding a donor vehicle with both an LS and 4L60E is a big score. It will fit most old GM cars without any modification since it is essentially an upgraded 700R4.

The important thing to remember is that the 4L60E has been around longer than the LS, and there are several different versions. This means a 4L60E is not an automatic bolt-on fit to an LS. Over the years, there have been changes to the case and some of the controls, so it is important to use the transmission codes and know what you have.

If you’re thinking of doing your own LS swap, chances are good that it can be done. Just make sure you do your homework. EB