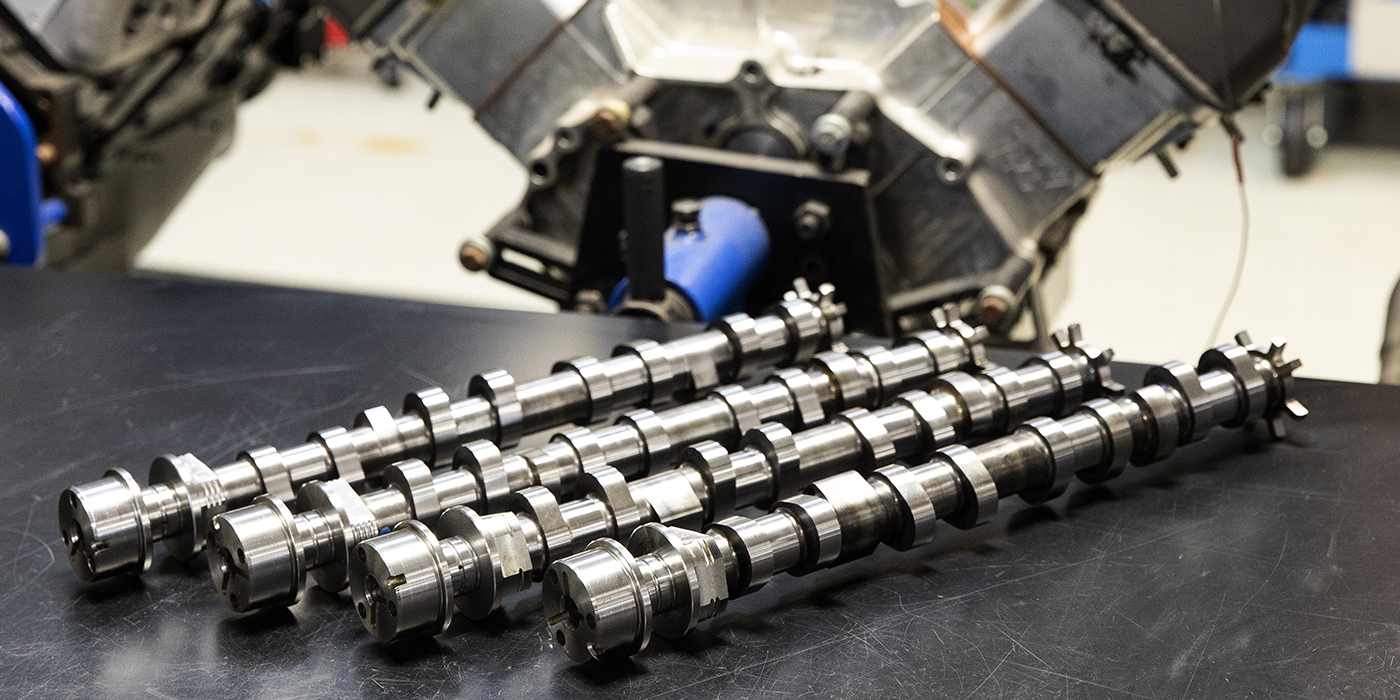 We caught up with Billy Godbold to discuss all things camshaft, from common misconceptions to proper camshaft selection to firing order and much more.

Having spent half his life overseeing the camshaft development group at COMP Cams, Billy Godbold is one of the top authorities when it comes to camshaft technology. He leads a group responsible for somewhere around half a million different, unique lobe designs. We caught up with 50-year-old Godbold to discuss all things camshaft, from common misconceptions to proper camshaft selection to firing order and much more.

As you’re well aware, the camshaft is often called the heart or mind of a performance engine because each valve event dictates the wave tuning and how the exhaust system and intake system work together.

“The camshaft is what ties everything together,” Godbold says. “It’s like the conductor of a symphony, or a football coach for an NFL team. A lot of times, the camshaft is the last thing you should pick. Even people who are really, really good at engines, don’t get the subtleties of valvetrain selection.”

Of course, as with most engine-related choices, knowing your application is what matters most in picking the proper components and set ups. If you’re figuring out the right camshaft, you have to know your application because it’s going to be different for drag racing than it would be for endurance racing or something like street/strip.

“You have to understand that the camshaft is part of a package,” he says. “Sometimes, you’ll see somebody buy a ton of just amazing, wonderful parts, but it’s like they never took the step back to figure out what their goals were. They have all these amazing parts, but they’re a mix-match. This part is good for one application and that part is good for another application, but the whole system together wasn’t a great plan.

“Good engines all have some great parts in them, but great engines started with a good plan. Performance engines are not Swiss army knives. They don’t do everything well. Their precision tools, and that’s the key is to figure out your goals and what you want to achieve.”

While application is crucial to understanding your valvetrain set up, engine builders also must pay attention to specific details of the engine itself in terms of whether they’re working with import engines, V8s, diesels, etc.

“It wouldn’t be odd at all to see something for a 4G63 or a K-series Honda having three times higher acceleration rates than you would on something from a small block Chevy, or six to eight times more acceleration than you’d see in something like a Duramax or Powerstroke diesel.”

One element of camshafts that isn’t very well understood, according to Godbold, is lift. However, proper lift can be explained.

“There’s a simple ratio of lift to diameter of the valve that works great for just about anything,” Godbold says. “It used to be that about 20% lift diameter was the OE number in the ‘50s. A small block Chevy back then with a 2˝ valve had .400˝ lift. Then, valve jobs got better and port jobs got better, so people moved that lift diameter to 25%.

“At the same time, on the race side, people got really good at the back cuts of the valves and the ports going up. We started to see that 30% was good, but 35%-40% is better. About 10-15 years ago, steep valve seats became really popular. On a two-valve engine, you’ll see 50-plus degree seats, which like a lot of lift, so getting up toward the 45%-50% range is about perfect.”

After figuring out your lift to diameter of the valve, Godbold says the next step is to figure out what valve spring you’re going to use.

As with figuring out the proper lift and things associated with that, another element of the camshaft some people get caught up on is lobe separation, as well as the interaction between valve clearance and overlap. However, intake and exhaust events should take precedence.

“In the diesel market, for example, I’m spending 99% of my time figuring out when the intake should close and when the exhaust should open. The other 1% of the time I’m trying to make sure that the valves don’t crash into the piston without losing a whole bunch of compression. The two driving points are intake closing and exhaust opening. Then, to a great extent overlap. You’re trying to figure out how not to interfere with the valves and the pistons.

“When you try to put a valve and a piston in the same spot at the same time, neither one of them wins. The valve gets bent. The piston top gets cracked. The engine gets blown up. It’s just nasty. There has to be some synergy between the camshaft and the valve reliefs.”

In an effort to find performance gains, another common thing engine builders might try when it comes to camshaft design is changing the firing order.

“Back in the ‘90s, firing order was the most magical thing in the world in Pro Stock,” Godbold says. “Then, fast forward to all the new engines coming out in NASCAR, they did all this firing order stuff. You can swap any two cylinders that are 360 out in firing. Every fourth one you can swap.

“Most people think all you’ve got in the back is a flywheel, but really, you’ve got the whole vehicle trying to dampen you,” he says. “Believe it or not, that’s a better damper than the balancer upfront. What you see with firing orders is let’s get that common pin that’s going to get hit and move it to the back.

“The next thing you see with the firing order is two cylinders are going to fire next to each other on a bank. You’ve got to have that. In the case of the small block firing order, they put it back under the header at the back as far away from the water pump as they could get it and wondered why those cylinders had a hard time sealing. Most of the alternate firing orders moved the paired cylinders up to the front, near the water pump, because what happens with paired cylinders firing is they get hot in between and it distorts the bore and that creates leak paths. Moving that to the front, there’s more water flow closer to the water pump.”

According to Billy, engine builders probably see about a 1% increase in performance, but it also helps relieve stress on the bearings.

“When you take an engine out with a revised firing order, you look at that front bearing and you’ll see that front bearing looks a little better,” he says. “What’s that mean to 99% of your customers? Well, it means that your 500-horsepower motor is 505 hp now and your bearings that would have gone half a million miles, will go 600,000 miles. Is that a big deal? It depends on just how hard that change was.

“When it was just changing a couple of plug wires and spending a little more on the camshaft – of course you do that every time. But, if you have to get out there and cut a wiring harness and move things around and reprogram it, do you want to do all that?”

Camshaft firing orders are not black magic. In fact, the principles of it are very well understood today and is used in gasoline, diesel and nitromethane engines.

The lesson is simple – your camshaft matters. It impacts everything else in your engine, so make sure you’re selecting the right one for your use. EB