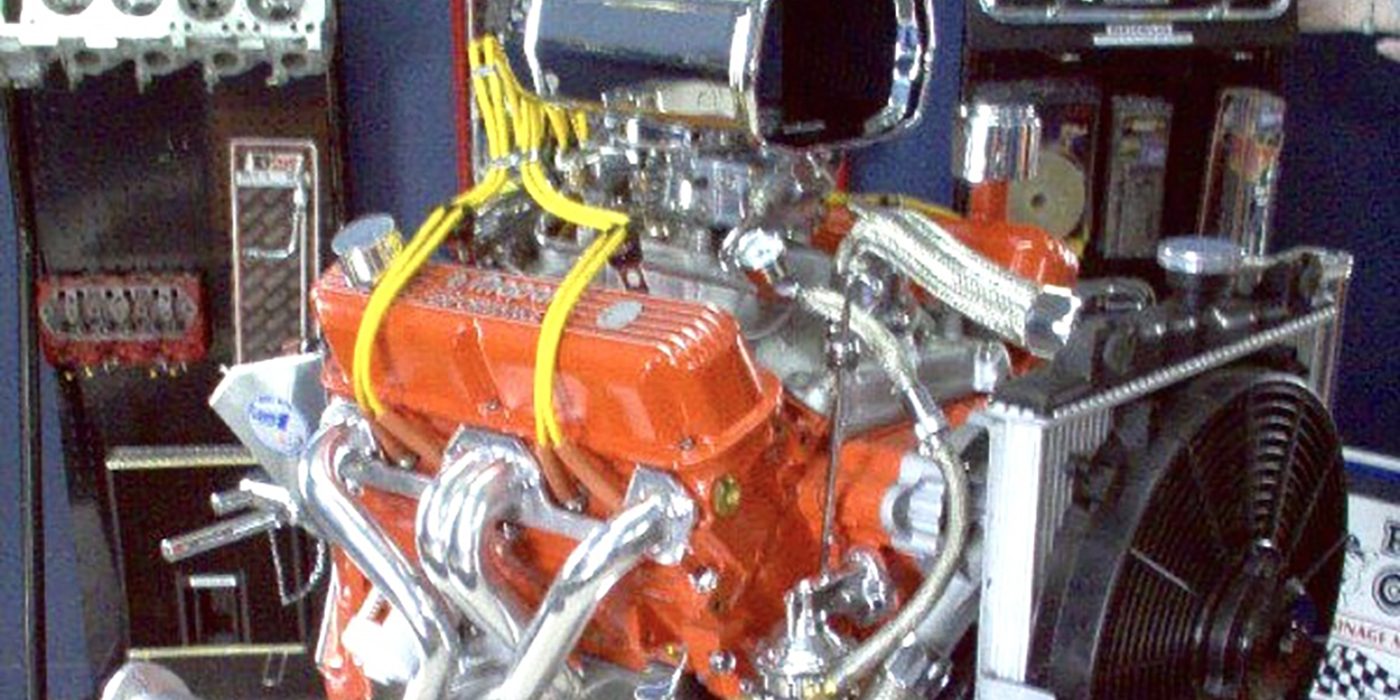 This 10.5:1 compression, 360 cid Mopar V8 makes 425 horsepower. However, the intention behind this build was never to wow people with it’s performance potential. Rather, it was to simply give enthusiasts a glimpse at a running engine and to hear what a V8 sounds like. Amen to that!

As many of you can likely relate, kids soak up information like sponges! At the ripe age of 5, Fabien Emond would help his dad work on cars, engines and body modifications, retaining as much of those valuable lessons as he could.

Fabien’s father worked for a car dealership and did engine work in the evenings where Fabien would be by his dad’s side lending a helping hand on the cars. After his dad retired, Fabien picked up where his dad left off and continued to modify engines. After several years of working on engines and automobiles, Emond decided to start his own engine remanufacturing business focused on antique and performance work in 1995.

“Success came quite quickly,” Emond says. “In 1998, with the help of my suppliers who provided me with some spare parts in exchange for advertising on my trailer, I had an idea to build a Mopar 360 engine and travel with it on an engine stand, so people could hear what a V8 engine sounded like and looked like out of the car.”

In just six months, the Mopar demo kit was born. Fabien would travel throughout the summer to car shows and exhibitions much to the delight of the enthusiasts in attendance.

“This engine brought us new customers,” Emond says. “Our shop was 4,500 sq.-ft. with all the equipment to do everything ourselves from A to Z.”

The 10.5:1 compression Mopar engine makes 425 horsepower. Unfortunately, in 2010, Fabien got word from his doctor that his many years of hard work in the engine shop were affecting his health negatively. If he didn’t slow down, he could do permanent damage to his body.

“I had to sadly separate myself from my passion,” Emond says. “This industry has been my life since I was just 5 years old. Fortunately, after a year of taking it easy, my health got better and I was able to attend car shows and exhibitions again with my 360 Mopar engine in tow.”

Fabien doesn’t spend as much time in the shop anymore, but he has been working as a rep for Fastco Fasteners for nearly a decade. And, when the weather is nice and there isn’t a pandemic keeping us all at home, Fabien still brings his 360 Mopar V8 to car shows and gives the crowd exactly what they want to see and hear.

Advertisement
In this article:Elring, Engine of the Week, Mopar, PennGrade Motor Oil, Scat