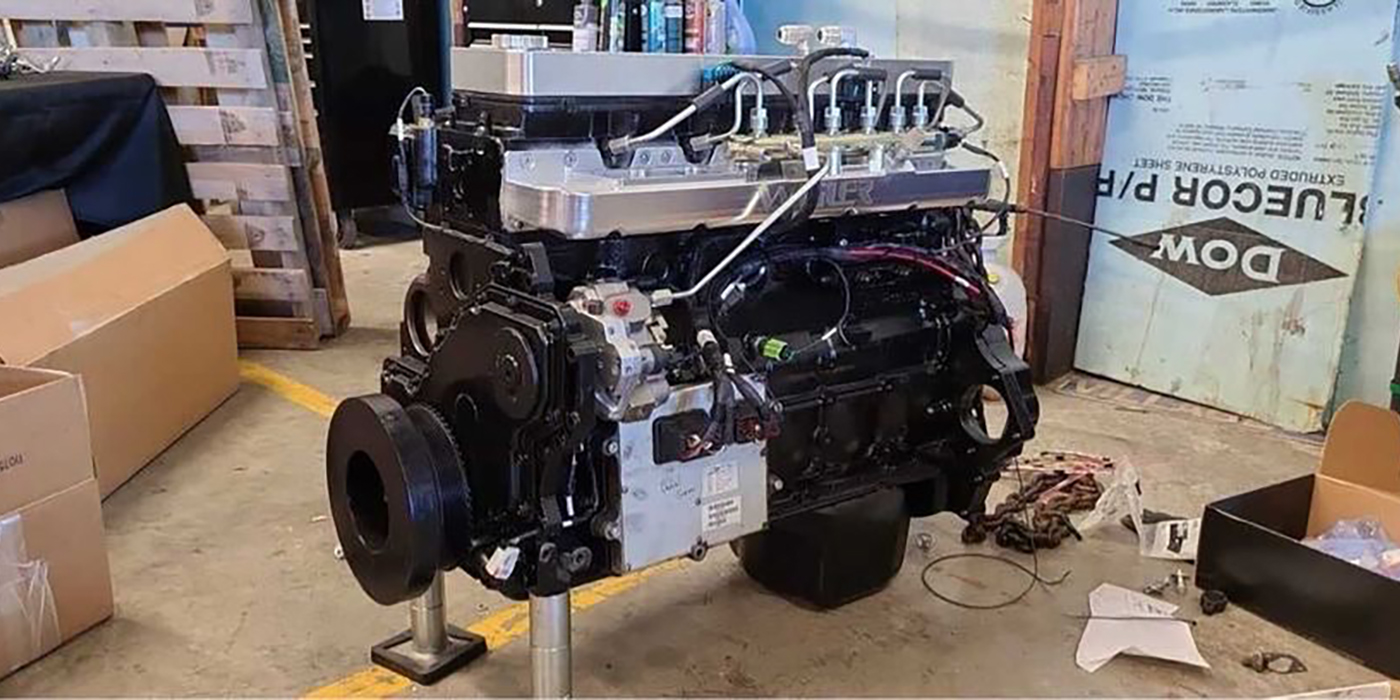 In 2020, Daniel Green, aka Danny Diesel, became a nomad and traveled 40,000 miles across 23 states to go drag racing. This year, he’s doing it again, but he swapped his 12-valve for a common rail Cummins rebuilt by Wagler Competition. See what makes Daniel, his truck and his engine unique.

Long story short, Daniel Green, who goes by Danny Diesel, became a nomad in 2020. He drove 40,000 miles across 23 states to go drag racing in his 1995 Dodge 2500 short bed for nine months. The longer story is he sold his house, his dog, his girlfriend (joking), everything he owned in November 2019, and bought a live-in trailer and his truck with plans to race every single weekend in 2020.

“I went on a nine-month road trip to drag race every single weekend,” Green says. “Obviously, COVID happened, so the first two months were delayed. I just went out on a limb. I bought a trailer and sold everything I had and went drag racing. I also did it to spread awareness that if you want to go out and do something, you can do it – you just have to work hard at it.”

You might be thinking, ‘How much hard work can it be racing every weekend?’ The answer is a lot! Danny Diesel says he spends roughly 30 hours a week on his truck between his travel time and running his own business. He works and lives remotely out of his trailer and goes racing the rest of the time.

While Daniel has earned some notoriety in the past year or so, he’s been heavily involved in diesel drag racing for a few years now.

“I’ve been into diesels for about 7 years now,” Green says. “I’ve always really wanted to go fast. Last year, I had a 12-valve Cummins, and in racing those aren’t very reliable or consistent. This year, I teamed up with Wagler Competition and Jeremy Wagler said if I sent him a junkyard engine he’d build it for me. I said, okay, let me see what I can find.

“I got on eBay and a couple other websites and I sent Jeremy the picture of a burnt engine that was still in the truck, and I said, what do you think about this? He said, ‘Well, that’s not something I’d ideally want to do, but if that’s what you’re going to send me, send it.’ I ended up buying that engine and sending it to Jeremy Wagler.”

The junkyard engine was a 6.7L common rail Cummins out of a 2020 Dodge 2500. Green found it just outside of Nashville, TN.

“The guy I got it from basically scraps out trucks and sells them,” he says. “This 2020 Dodge is prone for fires, so that’s why it was there. Wagler took it from a junkyard engine to something special and something reliable. His shop did a decent amount of machine work and cleaned it up and whatnot.

“They honed the block. They also had to sleeve the sixth cylinder because there was a little bit of a rust ring. They sleeved the cylinder, but it’s a stock bore. They did a little bit of machine work on the head too. Wagler did his magic.”

According to Daniel, Wagler’s shop painted the engine, added Street Fighter rods and did some modifications to the head, including swapping out the rocker arms and pushrods since the 2020 components are non-adjustable.

“On the 2020 Cummins engine, the pushrods and the valve springs are non-adjustable, so you can’t adjust the valve lash,” he says. “Wagler put in the pre-2020 rocker arms and Manton pushrods so we can adjust the valves. We also had to cut the side intake off because the fire was a little bit too much for it. It melted the intake a little bit, so we milled that off and put a Wagler side draft intake on it. CFT Performance did all the charge piping.”

The Cummins engine also retained its stock pistons and stock 2020 6.7L 10-bolt crank, but gained an Exergy fuel system with 400% over injectors, a 14mm pump, a single 85mm Forced Induction turbo with a Stainless Diesel T6 manifold, and an 85-100 shot of nitrous courtesy of a Nitrous Express Maximizer 5 progressive controller.

“The stock 10-bolt crank is important because they are 60-65 lbs. lighter, but it’s a lot stronger than previous Cummins cranks, and the head flows tremendously better thanks to Wagler,” he says. “This engine should be good for about 1,500 horsepower.”

As of right now, Danny Diesel is back out on the road starting his 2021 racing season. In 2020, he focused on ODSS drag racing, but this year he plans to split his time between diesel and gas drag racing events.

We wish Danny Diesel the best of luck in his 2021 racing season. If you see him, stop by the trailer and say hello.