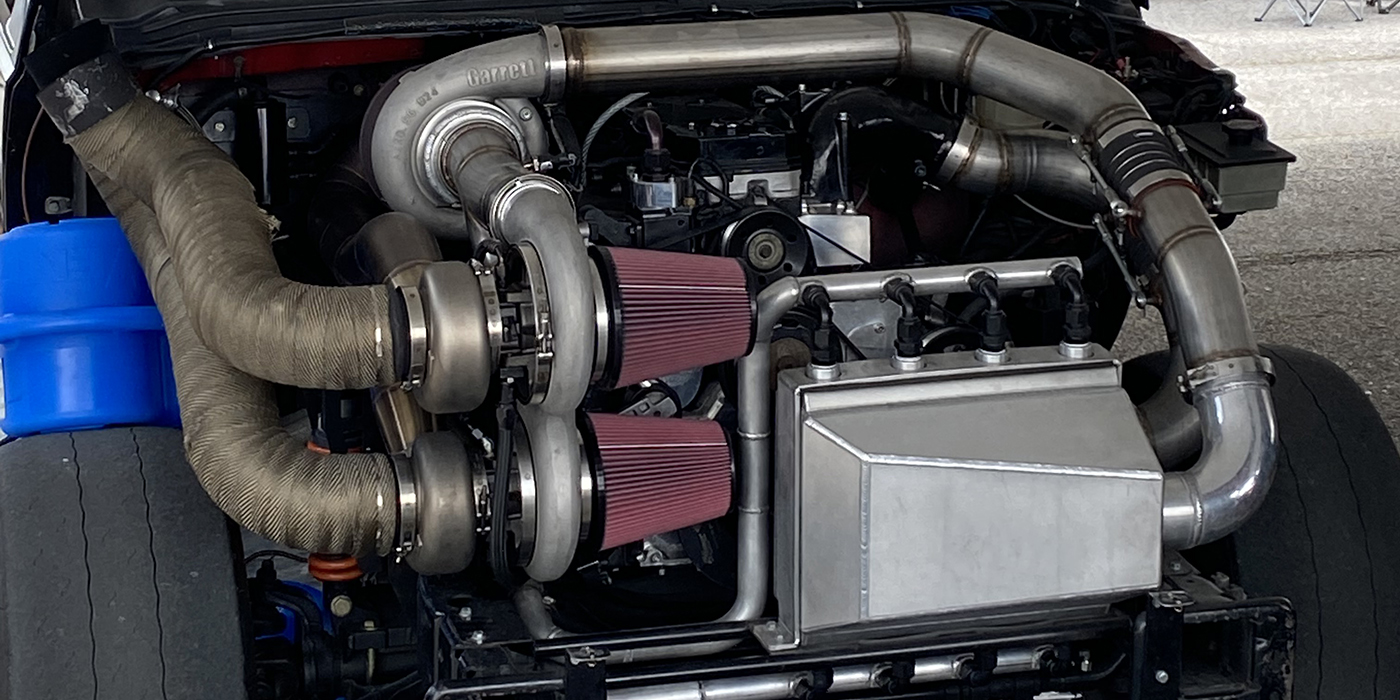 According to Truck Source Diesel’s Chris Buhidar, the competition at this year’s UCC event was the stoutest of any UCC yet. Despite the many struggles an event like UCC presents, Chris and his TSD team and their triple turbo, solid block 6.8L Cummins-powered F-350 took home second place overall. Find out why!

Chris Buhidar and his shop, Truck Source Diesel & Off-Road out of San Antonio, TX, are no strangers to the Ultimate Callout Challenge (UCC). In fact, Truck Source Diesel has been the shop behind Wade Minter’s triple turbo 7.1L Duramax stroker motor, which has competed at UCC since 2017.

“At the time (2017), I was doing a lot of NHRDA Super Street stuff with my truck, and we had won three points championships in a row, so UCC invited me to bring my truck the third year in 2018,” Buhidar says. “We’ve been running both trucks at UCC since then. UCC 2021 is my third year competing and our fourth year total.”

In Chris’s prior two UCC competitions he finished fourth overall and 10th overall. Needless to say, he wanted to reach the podium at the very least, but the goal for 2021 was to win the whole event.

“The goal is to win the whole thing,” Buhidar admits. “Realistically, I feel this truck should be in the top five. It’s a pretty good contender, but everything has to work right and not break.”

For anyone unfamiliar with how the Ultimate Callout Challenge (UCC) works, check out our in-depth overview. However, the quick synopsis is competitors use one truck for three different events – drag racing, sled pulling and a dyno challenge – over the course of a weekend at Lucas Oil Raceway. The 2021 event, which was UCC’s fifth year, took place from May 21-23.

“For 2021, we’re drag racers, so drag racing is probably one of our stronger events,” he says. “The truck is pretty heavy and it’s a factory frame with most of the interior. It’s probably 1,000-1,500 lbs. heavier than some of the other guys’ trucks. We’ll be at the top of the pack, but I can’t say we’d be the fastest. We haven’t updated that part of the truck in years, so it is what it is.

“Dyno-wise, I feel like we should be able to be up there with anybody else. I don’t know crap about sled pulling. I’ve sled pulled twice and both were at UCC. In South Texas it’s not a thing. People don’t sled pull because we drag race year-round. That’s a big learning curve for us, but I would hope we can do respectable and be somewhere in the middle.”

Growing up, Chris’s dad had a 1983 F-250 with an old 6.9L IDI. Chris jokes that his dad had a diesel before diesel was cool. Of course, as a kid, Chris always loved the way diesel trucks sounded and he got hooked.

“My first truck was a diesel and that’s all I’ve ever driven,” he says. “Obviously, once you get into your teens, you want more horsepower and you want more fun, so I had a 7.3L Powerstroke and I bought a super chip for it. That was the start of it for me.

Truck Source Diesel (TSD) has grown every year since it opened, and today the shop has 42,000 sq.-ft. of space and 11 total employees. The shop works on all three of the light-duty diesel platforms and focuses on repair work, diesel performance work, suspension work, and does conversions as well.

As the shop has grown bigger and bigger, so too has Chris’s desire to go faster and make more horsepower, but most importantly, do well in competition. His 2000 Ford F-350 has seen its fair share of upgrades as a result.

“The F-350 was originally a 7.3L, but it has a Cummins common rail in it now,” Buhidar says. “Originally it was lifted and we built compound turbos for the 7.3. It was probably about 600 horsepower and we used to take it to the mud tracks. I started getting more into 1/4-mile drag racing and needed a little bit more horsepower. We swapped it to a Cummins and put a 12-valve in there, but that sucked real bad, so it was short lived. Now we have a common rail.”

As a matter of fact, Chris’s F-350 has two engines that the shop runs throughout the year depending on what kind of racing they’re doing. When they race No Prep or something where they need to go a lot of rounds chasing points, TSD uses a 5.9L Cummins in the truck. However, for badass events like UCC, or if they’re trying to hit a home run on a good track, TSD goes to its 6.8L solid block Cummins engine built by Fleece Performance / Freedom Racing Engines.

“They did the machine work and they built it,” Buhidar says. “It’s got a D&J Stage 3 cylinder head and it’s a Hamilton 6.8L solid block with a stock 6.7L crank and a 4.250˝ bore. It’s deck-plated and has a girdle and it’s got Fleece/Freedom small-bowl, diamond-forged pistons. They have a very particular ring set they use on those. It also has big, H-beam Carrillo connecting rods, a D&J billet front cover and the valvetrain is from Trend and Manton.

Buhidar says the truck runs using both a nitrous system and a few different turbo setups depending on the application.

“We run a single 85mm Gen 2 GT55 turbo when we run Pro Limited,” he says. “Otherwise, we run a single 94mm Gen 2 GT55 that we use for ODSS, Pro Street or something similar. We also have a set of triple turbos that we’ll use at UCC. It’s that same 94mm GT55 and two Borg Warner S488 SXEs feeding it. We also have three stages of nitrous. We rarely use it, but it’s there. We’ll use it for UCC.”

As the 2021 UCC competition unfolded, Chris and the TSD team did quite well across the board. They didn’t win the whole thing, but they did get on the podium, finishing second overall. In drag racing, Chris took fifth place with an 1/8-mile pass at 5.519. In the dyno competition, the 6.8L put down 2,463 hp and 2,996 ft.-lbs. of torque, which did surpass the truck’s previous best, and was good enough for fourth place. In sled pulling, Chris pulled just shy of 300 ft., which put him in fifth. In total, taking Top Five honors across the board gave him and his team second overall.

“I’m very proud of our team,” Buhidar says. “We faced some major adversity and got past it and the competition was the stoutest of any UCC yet. I couldn’t be happier with how we responded, and we got two trucks through each event successfully and competitively.

“The most important thing that I take away from this event is how lucky I am to be a part of such a great group of friends and team. Even when our backs were against the wall, everyone came together and pressed forward. The drive and determination everyone had is mind blowing to me and is inspiring. More times than I can count, people visited the tent commenting on how talented, intelligent and hardworking this group is, and all I can do is agree and ponder what in the world I ever did to be lucky enough to be a tiny part of it.

“As far as the event goes, we definitely had our struggles, but we pushed forward and did the absolute best we could. Very rarely in racing, and in life in general, can we say we literally left it all on the field, but this is one of those times. While we really had first place on our mind, we have no regrets over any part of the weekend. At the end of it, both trucks (Chris & Wade Minter) finished every event, put down their best numbers to date, and drove into the trailers under their own power. We beat the absolute crap out of the 6.8L Cummins and the 7.1L Duramax and they didn’t flinch a single time.”

With such a promising showing, maybe 2022 will be TSD’s year to win the whole thing? Chris was just 19 feet shy on the sled pull from winning it this year!