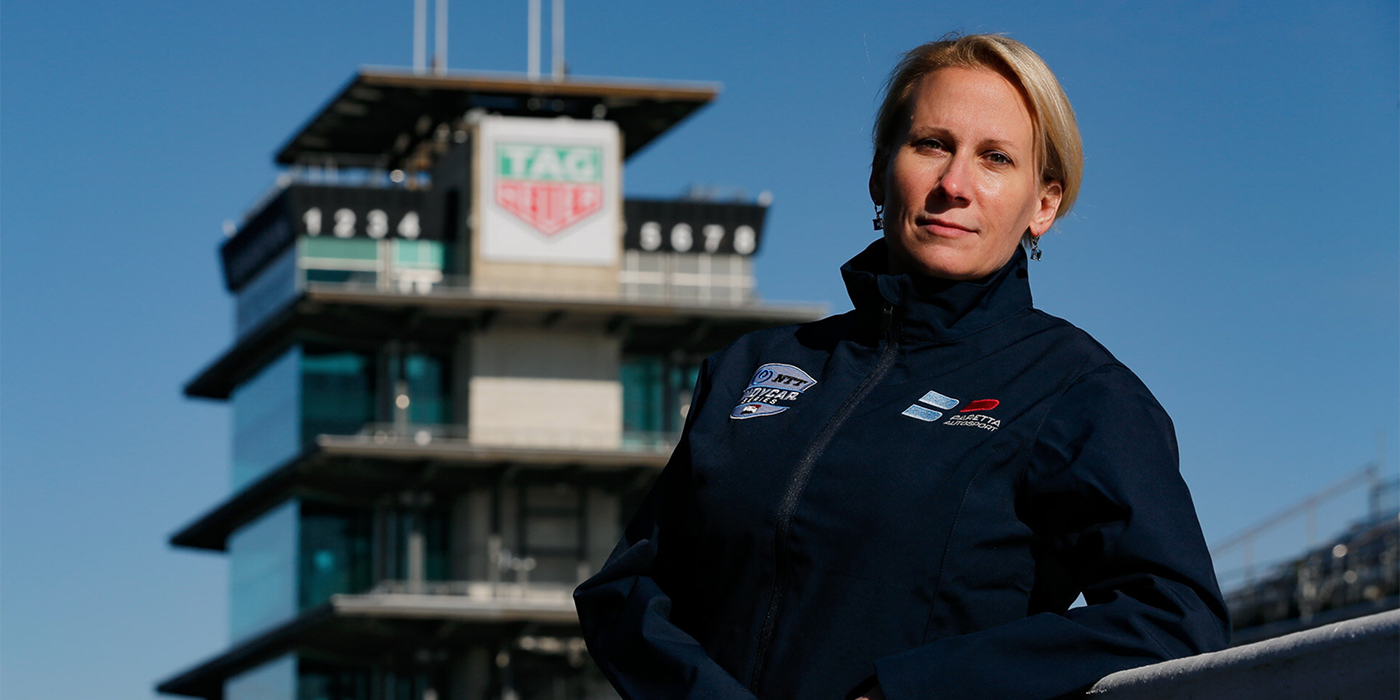 Paretta Autosport showcased their all women team for the first time at the 2021 Indianapolis 500, but for Beth Paretta, it was more than a race.

Beth Paretta says she never really noticed being the only woman in upper management levels while working for some of the top auto companies in the world. That is, until she saw a photo of herself with a group of colleagues at a conference. It dawned on her that women need to see other women at high levels in motorsports or in various automotive fields to see that it’s attainable for themselves.

Paretta told Engine Builder, when kids have career days at school, for example, most of the boys gravitate towards astronauts or firefighters, military pilots and racecar drivers. On the other hand, girls are shown that they can be in design, art, fashion, or some other more gender-focused profession. But seeing is believing.

In 2016, Paretta attempted to field a team in the Indy 500 with Katherine Legge and some other women crew members. She said the money and sponsors were all there, but finding a team with an extra car was a big challenge. Few cars were available to lease out, and one of her original backers – Honda – didn’t have any spare cars. She had to look outside of the manufacturer’s scope and try to find any spare available.

As things turned out, Grace Autosport failed to get out of the starting gate. The terms for leasing a car were not a fit, so she pulled the plug, but the seed was planted and would later lead to what has become Paretta Autosport.

If you watched any of the events leading up to the 2021 running of the Indy 500, chances are you saw Beth Paretta and Simona de Silvestro featured in the coverage of the race. On Bump Day, a day where the bottom half of the field qualify and fill the final spots, there were more cars than the allotted 33. Simona and Paretta Autosport, a partner with Roger Penske’s team, were on the back foot.

Simona made a few attempts trying to get up to speed, but it wasn’t there. They made one final attempt after huddling with their engineering staff and driver to make some adjustments and got back in line. For four laps, the television crew focused on Beth as much as they did Simona as she ran flat out, squeezing every thousandth of a second out of the car each lap. At the end of the run, it was just enough to get into the field, but there were a couple of other teams that could bump her out, including Will Power of Team Penske.

It was a nail-biter to the timing gun that ended that qualifying day in May. Simona and Power both made the field by a whisker. Simona was barely out-qualified by Penske’s Will Power and was the 33rd and last qualifier for the 500. At Indy, just making the show is a big deal. Only four women have ever qualified for the race. For Paretta, however, it was more than a race. A point was made with her mostly female team that showed all of the little girls and fans in the stands that they too could be in the racing industry too, if they desired.

Paretta says she would love to run the entire series next year if the funding is there. Simona and the rest of the team would be happy to take on that challenge as well. For now, the seeds have been planted. Women in motorsports is not new. Beth wanted to showcase more than just the driver. She wanted to show that women were capable in all of the positions on the team, including as tire changers, mechanics, engineers and team owners. According to Paretta, whenever they showed Simona doing a pit stop on the big screen, all the fans in the stands would give a loud cheer. While Paretta Autosport was knocked out of the race early this time, we can’t wait to see what they can do next year.

Advertisement
In this article:Indy 500, IndyCar, IndyCar Series, Women in Motorsports, Women in the Industry