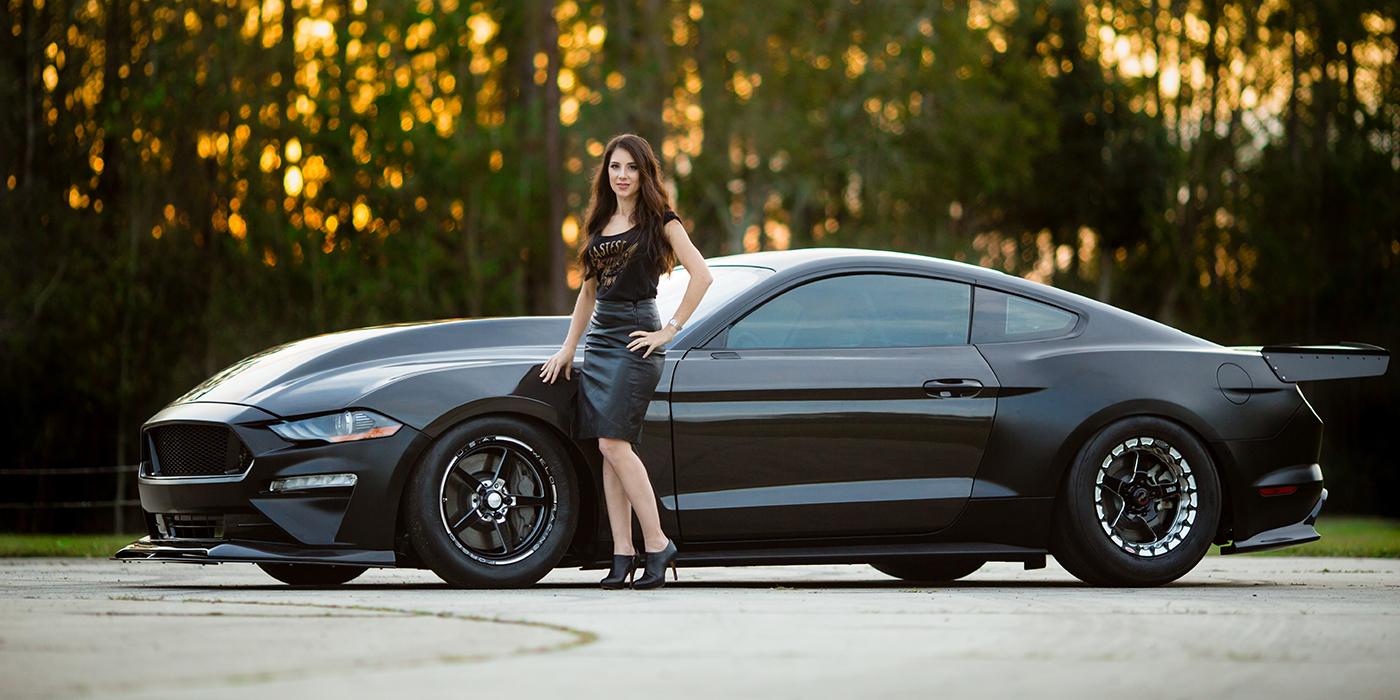 Rebecca Starkey has always pushed herself to succeed. She’s a mom, racer, midwife/nurse and owner of VMP Performance.

Rebecca Starkey’s start in the motorsports industry was kind of serendipitous. As a kid, Rebecca grew up near the home of NASCAR in Daytona Beach, FL. However, despite her close proximity to the famous racetrack, she never saw a NASCAR event there. Rather, Rebecca’s dad, who was really big into road racing, took the family to see 24-hour races pretty consistently.

Those early experiences watching racing persuaded Rebecca to want to try her hand behind the wheel – although she admits learning to drive was initially a challenge.

“I was an awful driver,” Starkey says. “My dad would joke that we should have lived somewhere where public transit was better. But, I worked really, really hard at it.”

She bought a ‘95 Mustang and insisted that it have a manual transmission to help her learn to drive stick shift. She was serious about wanting to try racing.

“My dad agreed to let me try drag racing and bracket racing,” Starkey says. “I started going to test and tunes at 17.”

At one of the events, Rebecca met a guy who also had a Mustang and ran a business called Velocity Mustang Performance where he did upgrades to V6 Mustangs, predominantly. That guy ended up becoming Rebecca’s husband Justin, and today the couple runs VMP Performance in New Smyrna Beach, FL. VMP offers custom tuning and installations in addition to its own line of VMP performance parts and supporting components from quality manufacturers.

“Since the beginning, the business has always been an evolution,” Starkey says of VMP. “We would go from one thing to the next in terms of our products and capabilities. It went from tuning to supercharger technology to other parts and supporting parts for superchargers and building my race car became a bed for research and development. It was just this natural evolution of Velocity Mustang Performance to VMP Tuning to VMP Performance.”

Justin and Rebecca built VMP from the ground up all while also raising six kids. If that wasn’t enough, Rebecca is also a registered nurse and practicing midwife.

“At various points during the evolution of the company, I played really vastly different roles in what we’ve done,” she says. “We have six kids. There have been times when that’s been my biggest focus is the kids and doing what I can to lend a hand around the shop. As the third and fourth kid were born, I was also getting a Bachelor’s degree in nursing. Then I got a Masters degree in midwifery, so I’m a practicing midwife currently, and I don’t do a lot of midwifery, but I do it once a week to keep my clinical skills up-to-date.

“It’s a balancing act and the fact that it’s always been a balance has never changed, but it’s how much I have to balance and the responsibility has grown enormously. We’ve got 18 people on payroll now.”

Rebecca says that balance has become easier now, but keeping up with the company’s growth and the needs and requirements that come with that, have gotten more difficult.

“There are things that become harder like continuing to grow this company to support the 18 people on my payroll,” she says. “We want to not only give them a place to work and the financial resources that they need to live, but to help them grow as people and to see them grow with the company, that is the biggest challenge and also the biggest joy in what we do. Just being part of their lives and seeing how they develop and help play some small part in that is incredibly important to me.”

What VMP does best is strives to remain innovative and on the cutting edge in regards to it products and offerings for performance motorsports.

“Innovation is really, really important to us and innovating for really high horsepower, really high-quality products has been our main focus,” Starkey says. “However, the current legislative environment is kind of forcing our hand right now, but I don’t see that in a bad way. We’re excited about being emissions compliant. We just got our first two CARB POs at the end of June. We’re really excited about how this opens up motorsports to a wider audience. That’s huge for the company and it’s where most of my time goes and where most of Justin’s time goes, so it’s a huge push for us.”

Just as in racing, Rebecca keeps her eyes looking forward in order to see what’s coming next for VMP.