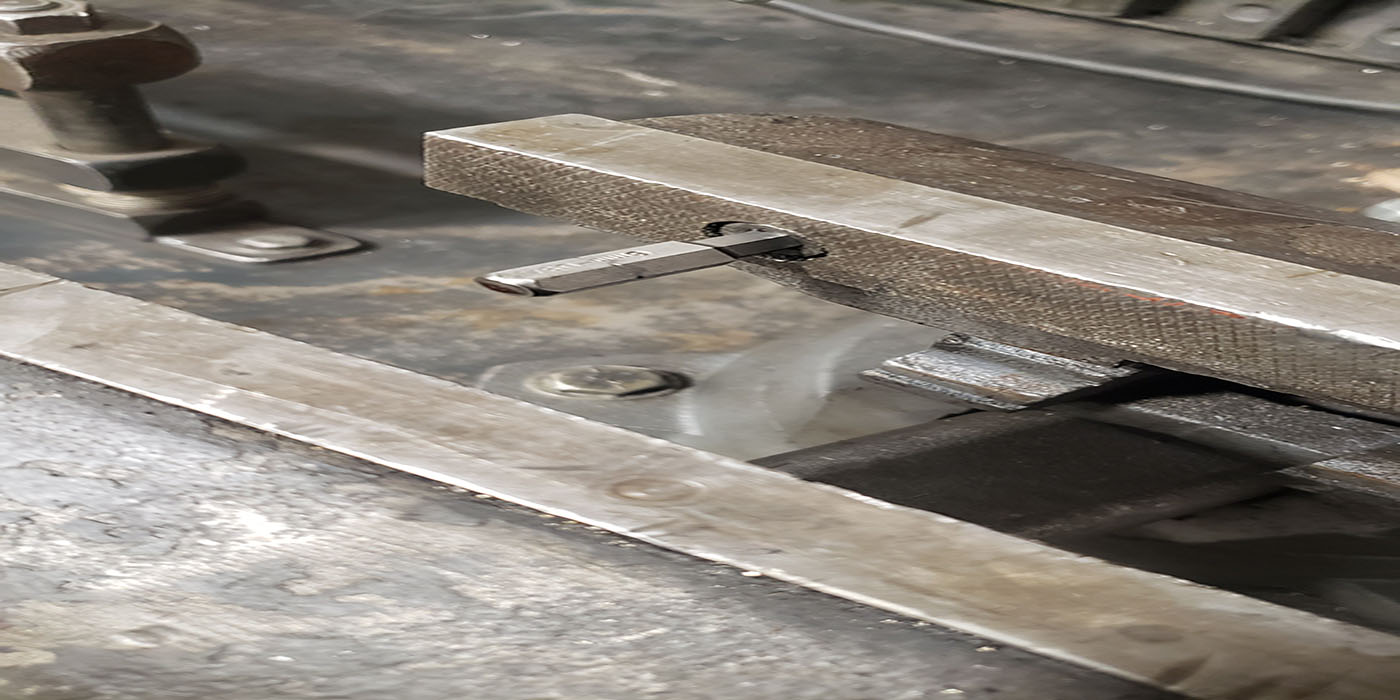 About 20 years ago, cam lifts and valve spring pressures were on the increase. Today, 1,000 lbs. open pressure is not unheard of.

Shop Solutions – The Power of Knowledge

We shim many different components to get square or level before we machine. Don’t forget the rod and cap when cutting for resizing. Shim to get the parting surface to cut as the factory did – whether it’s 90 degrees to the sides or not – and your rods will turn out straighter and the sides will stay in line. I just had a Chevy cap I had to shim .007˝ to get it right and that would have really messed up the rod if I had cut it to clean, plus enough for resizing.

About 20 years ago, cam lifts and valve spring pressures were on the increase. Today, 1,000 lbs. open pressure is not unheard of. This increases taxation of many existing valve spring compressors and their tooling. Shown are some of my modified compressors and spring retainer jaws. The popular, conventional, store-bought tool has a flat steel strip welded inside the “C” for side load resistance. Several sets of jaws have been re-enforced to prevent jaw opening and/or slipping under load. I built the “Beast” to handle the higher-pressure application springs and it works quite well. Also shown is a small engine compressor tool made from a C-clamp. I have on the drawing board a light hydraulic unit to handle the unforeseen future springs.

FREE UP ONE HAND

I found an easy way to bleed hydraulic lifter buckets in the vice. I stick a small hex bit into the socket head bolt that holds the jaws to the vise. Then, you just need to hold the lifter in one hand and work the vise with the other.

It is a common thing with Arnold Gauge calipers to have the original set screws strip out. Many try welding the holes shut or drilling a new hole. We have found that by simply re-tapping the hole for a 3mm set screw it will make it like new.

When attempting to remove a locating dowel pin from a connecting rod, screw in a tap with the same diameter as the dowel pin. Then, use a punch or drift to hit against the tap from the other side. The tap will grip the dowel pin and keep you from damaging it.

On the line honing machine, the mandrel rest and tank sides can end up becoming a real mess, especially after the job while the mandrel drains off. I took a large cup freeze plug and drilled some drain holes in it. I screwed this to the metal screen floor. It makes much less of a mess standing up to drain, instead of draining all over the machine.

Advertisement
In this article:Shop Solutions

Shop Solutions August 2021
Connect with us