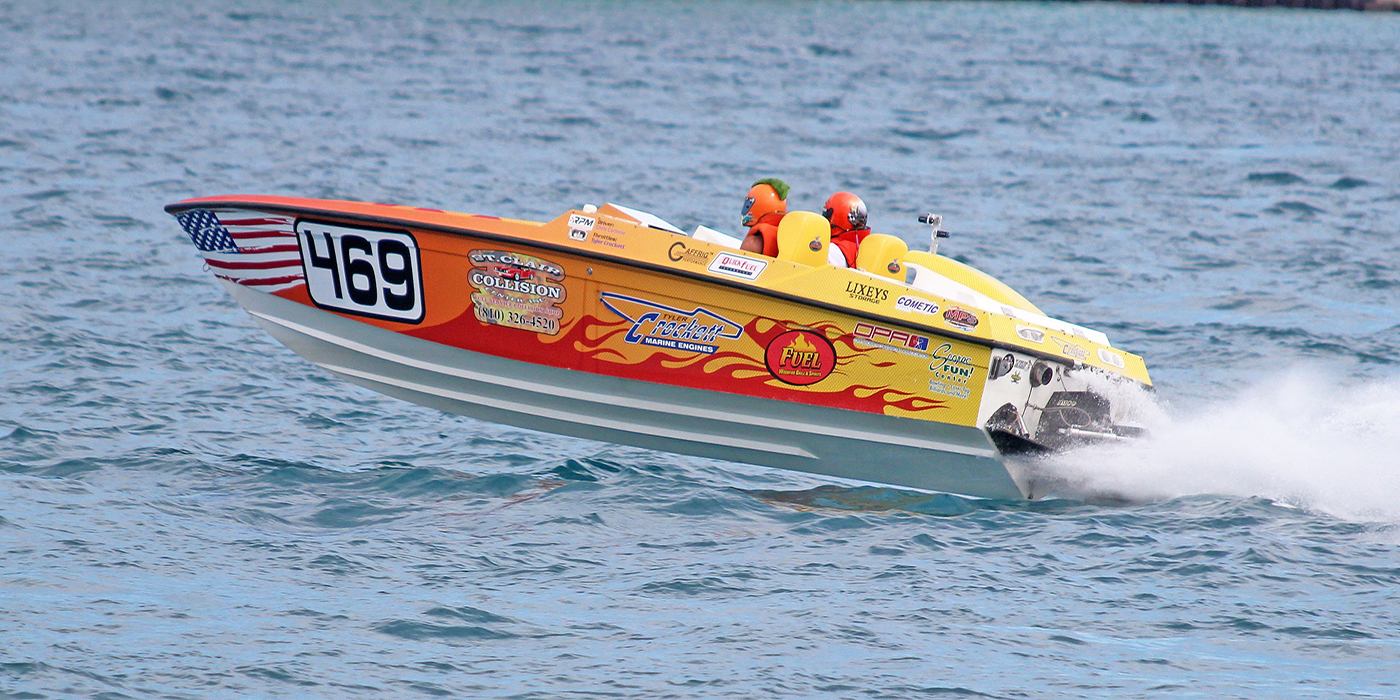 There is a common misconception that marine engines are highly unique devices. This is simply not the case. If you can rebuild an automobile engine, you can rebuild a marine engine. If you can build a solid, reliable drag or circle track engine, you can build, or rebuild, a marine performance engine. However, the key to success is understanding the subtle differences and being able to recognize the pitfalls – of which, there are a few.

With the popularity of offshore racing hitting new highs and more classes and events allowing pleasure boaters to join in on the fun too, the opportunities within the offshore marine engine market are really good these days. Also, don’t brush aside the fact that many marine customers with $500,000 boats can afford to have work done when it’s needed.

For that reason, many engine builders have bolstered their clientele with racers and pleasure boaters from all over. But, no matter the boat or racing series, the engine or engines in the hull can make or break your race, so engine setup is critically important.

In offshore powerboat racing, most boats fall under either a catamaran or a v-bottom, and typically these boats feature twin engines or a single engine. In some cases, these boats can have three or even four engines too, but those setups are far more rare.

According to Tyler Crockett of Tyler Crockett Marine Engines in Ruby, MI, one class stood out this year in P1 APBA Offshore Racing, and that was the Modified V Class. The way the rules are set up, each team can build their own engine. They have set rules for the class of course – 509 cubic inch, 9.0:1 compression, a single roller camshaft with up to .632 lift, a single 4150 carburetor with no carb spacers, a 5,400 rpm limit, and they use a cast 310 Dart head with no porting allowed except to port match the intake runners up to 1 1/2˝.

“Most builders are seeing 625 to 650 hp and the same on torque out of these engines,” Crockett says. “In the racing engines, we have been testing several camshafts and moving the power band of the motor around to suit the driving style of the customer. With a 5,400 rpm limit, sometimes the engine only drops to 4,200 rpm then back to 5,400 rpm, so everything under 4,200 rpm doesn’t matter.

“Also, fuel economy is a factor as these racers do not want to carry a bunch of excess fuel on board to add weight and slow down acceleration. These boats also have a minimum weight coming out of the water to be legal as well.”

Today, most offshore marine engines are based on the big block Chevy platform, which has risen to the top for marine applications due to parts availability and the torque necessary for these boats to perform.

“On the pleasure boat side of engine building, we are doing upgrade packages to the customers’ existing engines,” Crockett says. “When they come in to get their engines freshened they want more power for the money they are spending.”

The difference maker comes down to the engine setup, the parts and how good your engine builder really is. The biggest thing is not cutting any corners on the part selection. You have to run the best parts available to have good results. You’ve got to overbuild everything for the environment because the power and abuse these motors take from moving a heavy boat and being on and off the throttle for hours on end are immense.

Typical setups involve iron blocks, aluminum cylinder heads and most of the engines up to 1,200 hp feature wet sump oil systems. Anything beyond 1,200 hp likely uses a dry sump oiling system. The dry sump moves a little more oil and helps with cooling the motor internally. But, the wet sump pumps have gotten pretty good and it keeps the rigging cleaner, which most guys don’t want to deal with the extra accessories.

We’re also starting to see more EFI on pleasure boat engines with some of the rear-entry Whipple superchargers. The cooling systems are also important, and you have to run more stainless fittings or bronze inserts on certain parts to try and keep the corrosion to a minimum to keep the engine in the field longer. Some builders run coatings on the cylinder heads and other parts to keep them alive longer because the aluminum stuff just doesn’t hold up if it’s in a saltwater environment.

“We normally replace the stock steel heads with CNC-ported aluminum heads,” Crockett says. “These aluminum heads are way lighter than the steel heads and take a lot of weight off the back of the boat. With the aluminum heads they can be repaired if anything ever breaks in the engine. For the cost of reconditing the stock heads there is not much difference to step up to the aluminum head. We also change camshafts and add roller rocker arms and can get customers another 100 to 125 hp during their rebuild.”

Superchargers are also on the rise to make sure these boats have the proper torque they need. For a boat to go from zero to getting up on plane, that requires a tremendous amount of torque to put to the propeller to get the boat to crest over and on plane.

“For customers looking to add more than 125 hp, we offer supercharger packages,” Crockett says. “We have used the Whipple and the ProCharger, it all depends on hatch room and packaging in the boat. Using the Mercury 525 engines, we’ve added supercharger packages that can make 750 hp fairly easy, but much more horsepower over that and the customer will start to break the outdrives.”

“We even went to real deep groove v-belts and pulleys because you’re on and off the throttle in the rough water, so that allows for less of a chance of a belt coming off and costing you the race,” he says. “We also use double hose clamps on a lot of the main water hoses because you can build a lot of water pressure when you’re coming in and out of the water. Therefore, we’ve got blow off valves on our sea strainers because the pressure will spike over a couple hundred pounds.

“We also make sure we get large volumes of water through the engine to keep it cool. The lake or ocean acts as the radiator for our engines. We improve the water flow by using a two-stage water pump on our engines – feeding one side of the motor with one stage of the pump and the other side of the motor with the second stage of the pump – so we’re running larger volumes of water through the engine. We also set our clearances up a little looser for the longevity and durability of the marine engine.”

The way the racing is set now, these offshore boats are running shorter courses, but doing more laps and more turns coming out of the corners. Because of that, you can lose a lot of ground on acceleration in just a few laps.

“That’s forced us to build these engines for acceleration, so we’ll use a lightweight crankshaft, aluminum flywheels and try to use lighter weight components so the motor will accelerate faster without giving up durability,” Crockett says.

However, therein lies a challenge facing all engine builders currently – getting all the parts needed to build and get engines out the door. According to Crockett, cylinder heads and camshafts have been particularly hard to get, along with head gaskets and other small things he typically adds to offshore marine engines.

“To help remedy some of that, we added two CNC machines to our shop this year and we started making some of our own parts that have been hard to get,” he says. “We are making our own oil adapters and carb spacers, throttle brackets and doing some outside machining for other customers.”

While parts are hard to come by at the moment, the fact remains that engine components continue to get better and stronger, making the engines more powerful. As a marine engine builder, you just have to find the next weak link to balance power and reliability.

With offshore boats becoming more popular and competitive than ever, maintenance and engine building will continue to be an important factor, making this market and these customers an engine builder’s best friend. EB