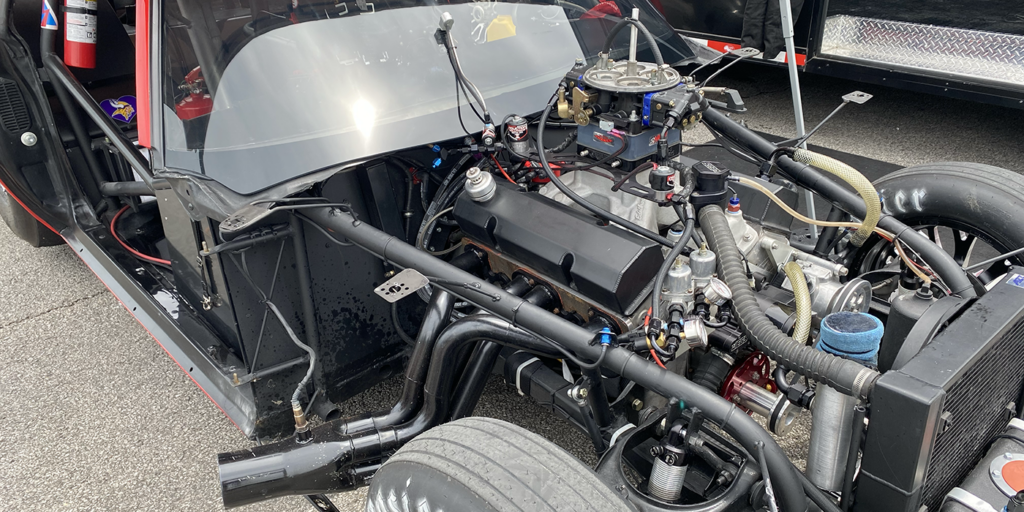 Walking through the pit area of the 2022 Builder’s Brawl earlier this summer, we saw Kyle Needham and his team thrashing on their drag car and its 434 cid small block Chevy engine. Wanting to know some more about what was in the 1979 Camaro, we spoke to owner Kyle Needham to get the full scope.

As it turned out, Kyle’s ‘79 Camaro had been wrecked pretty good a couple years back, so his team had been working hard to get the car rebuilt and ready for events like Joe Zolper’s Builder’s Brawl. The rebuild was roughly a year and a half in the making.

“Originally, we entered into the wheel stand championship three years ago with an old chassis, and we wrecked it by putting it up on the bumper and twisting the chassis,” Needham told us. “We ended up cutting this body off the old chassis and bought this chassis, which is a half chassis from Joe Kluge. We welded the body on, added a bunch of bars and changed a bunch of stuff to get it done.

“We also did an AFCO rear suspension. A big shutout to RJ Race Cars who did all the suspension, the rollbar, the four-link setup and all that. It has Wilwood brakes and QA1 components too. It’s been a heck of a process. Everything was hand built in the garage – all the tin work and the whole nine yards. It was a lot of learning and burning the midnight candle at three in the morning every night for the past year and a half.”

The hard work paid off, and Kyle’s Camaro was looking mean, especially thanks to a 434 cubic inch small block Chevy engine tucked between the frame rails. The 434 SBC features an Ohio crankshaft, a Howard’s 4/7 swap Big Bottle camshaft, a pair of AFR 225cc conventional cylinder heads, and it’s set up for a 650 shot of nitrous courtesy of Induction Solutions.

“We’re currently running C16 fuel and we run PennGrade1 oil,” Needham says. “The engine is backed up by a Turbo400 from Performance Torque Converters in Rockford, IL.”

With the nitrous, Kyle estimates the 434 small block Chevy makes roughly 1,400 horsepower. During testing at the Builder’s Brawl, Kyle told us he nearly hit the wall a couple times, so the team had been working to remedy that when we came by the pit.

“We’ve been working on the rear suspension and setting up the four-link adjustments and rollbar adjustments,” he says. “We had to do a little bit of cutting and thrashed until two in the morning last night to figure it out.”

Competing in the High 5 class, Kyle wasn’t deterred from the weekend’s objective – hoping to take the W home.

Engine of the Week is sponsored by PennGrade Motor Oil, Elring – Das Original, NPW Companies and Engine & Performance Warehouse Inc. If you have an engine you’d like to highlight in this series, please email Engine Builder Editor Greg Jones at [email protected]