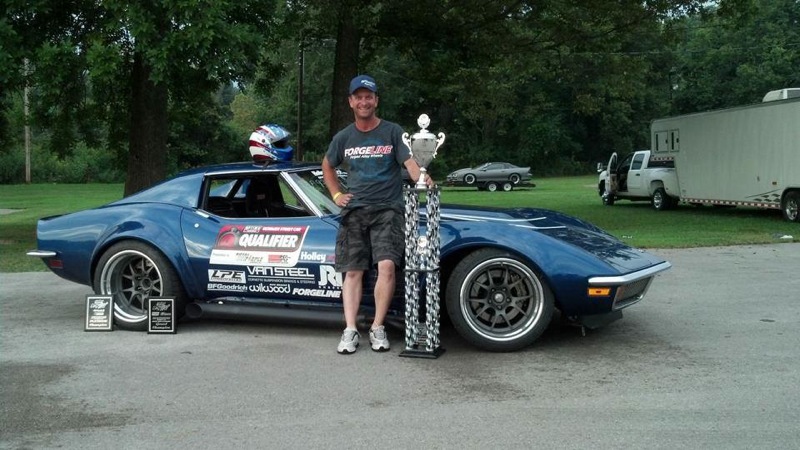 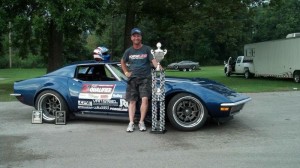 Autocross champion Danny Popp piloted his Holley equipped 1972 Corvette to win the Goodguys Autocrosser of the Year. The finals were held at the Goodguys Southwest Nationals Event in Scottsdale, AZ, November 15th -17th, 2013.

The ’72 Corvette has been in the Popp family for quite some time, but Popp has modified it for autocross racing. “My dad (Herb Popp) bought this Corvette over 40 years ago and I still get to drive it,” he said. The car is now powered by a Lingenfelter LS7 that produces 550 horsepower, and is equipped with a Holley EFI system that automatically tunes the air/fuel mixture for optimum performance.

“The self-tuning abilities of the Holley EFI was simply amazing,” Popp said. “The parts dropped right in so easily!” The Corvette also uses Holley LS engine and fuel system components that have helped Popp remain consistent, and earn some impressive wins among very tough competitors. At the Goodguys AutoCross finals, many of Popp’s competitors were SCCA veterans with national championship titles to their credit. “This was the hardest field I’ve ever raced,” he said.

Popp began autocross racing at 16 years of age, and over a 27-year career, he’s earned 13 SCCA and NSA championships. With a Holley equipped Corvette that has proven to be the top competitor in the sport, Popp’s long racing career would seem like it’s far from winding down.