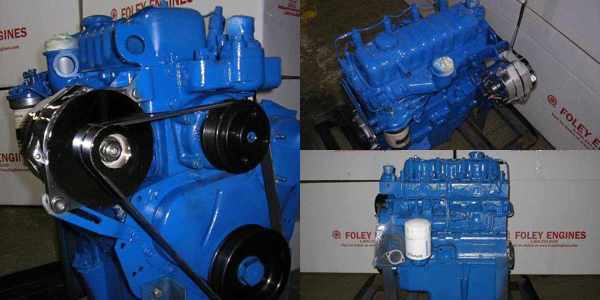 Located in Worcester, MA, not far from the water, Foley Engines specializes in industrial and marine engines. Capitalizing on the shop’s location in New England, owner Jay Foley has created an engine package that updates the Perkins 4.108 engine for the 21st century. The new engine is being called Not Your Father’s 4.108.

The Perkins 4.108 engine was used largely in sailboats as an auxiliary engine. The engine, which Perkins stopped building in the early-‘80s, is now very old and has some chronic issues with it. However, those issues aside, people want to stick with this engine because once it’s installed in a sailboat it’s very hard to change the mounts, exhaust system and other aspects of swapping the engine for a new one. 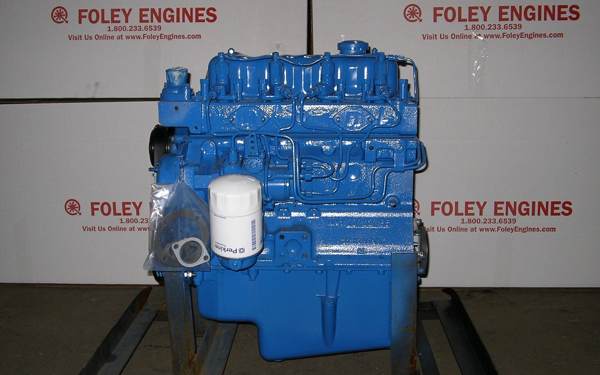 Since these engines go in sizable sailboats, which are worth something, the owner has an incentive to replace the engine and not trade the boat in.

“People still value the mechanical aspect of the engine,” says Phil George, one of Foley Engines’ lead engine builders. “The fact that it’s not electronically controlled, fuel injected or common rail is beneficial. People who travel on the open seas tend to lend a lot of credit to an old mechanical-style engine like this.”

Unlike many engines you see today, the Perkins 4.108 is not turbocharged, which some people value, especially those with sailboats because turbochargers are very noisy and need servicing. 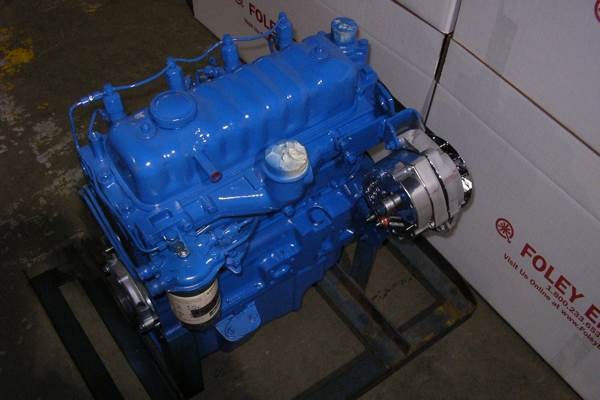 “We offer the engine on a rebuild exchange basis, and we do a lot of innovative things to it,” says Jay Foley, the shop’s owner. “Starting at the front of a basic Perkins 4.108 engine, we take off the old-style fan belt and replace it with some Rockwell Hardness tested pulleys and run a serpentine belt system. That’s a good upgrade because now the client can run a high-output alternator for his refrigeration unit or something else. The engine came out of the factory in 1975 with a 37-amp alternator. People these days want to run larger batteries and power, larger ice cube makers and whatever. We equip the engine with a larger 105-amp alternator that’s also driven on the serpentine belt system.”

Foley Engines offers a six-groove serpentine belt conversion kit that includes a full set of three anodized serpentine pulleys for the water pump, alternator and crankshaft. This upgrade will eliminate problems caused by a v-belt. 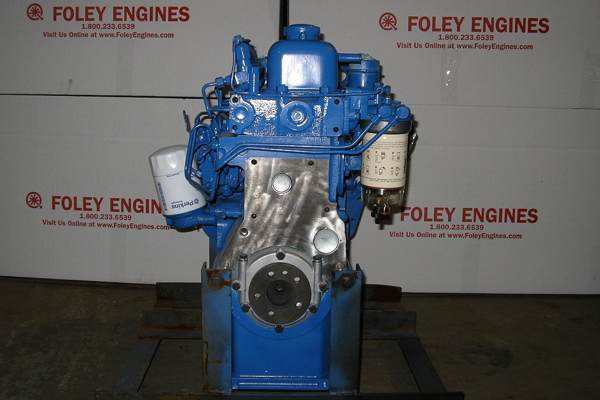 Moving back on the engine a little bit, the Perkins 4.108 has a cartridge-style secondary fuel filter. The cartridge filter will not hold any fuel, so when the owner changes the fuel filter he has to bleed the system, which is a pain in the neck.

“We convert that to a spin-on secondary fuel filter, which will hold fuel, so when the client tightens the filter up into the bracket, he has in effect bled his system,” Foley says. “Bleeding a diesel system is very important because you have to get the air out in order for the engine to run.”

That’s not all Foley Engines is upgrading. The shop has also keyed in on the rear seal of the Perkins 4.108 since it is known to be a chronic leaker. 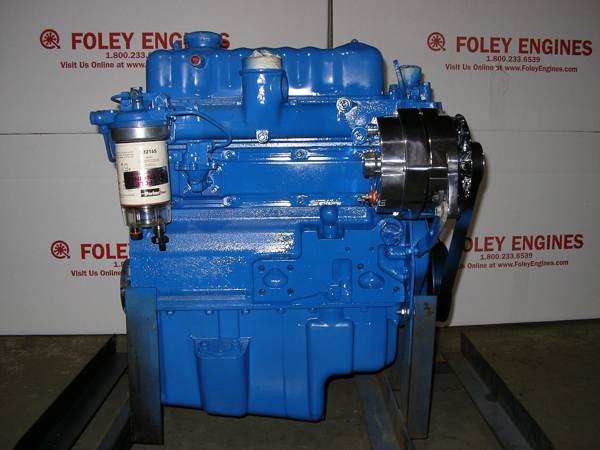 “Most owners just put up with it, because if they put in a new seal, that’s going to leak too,” he says. “We went ahead and had our own seal made that cures that problem and since it won’t leak anymore, the engine is much easier to live with.”

Additionally, there isn’t a true air filter on a Perkins 4.108. So Foley Engines takes off what Perkins calls an air filter and equips the Not Your Father’s engine with a product called a Walker Air Sep.

“The Walker Air Sep serves as a washable air filter that also introduces negative crankcase pressure to minimize oil leaks,” Foley says. “Most importantly, most diesel engine noise comes from the air intake, and the Walker Air Sep cuts the noise down by 8 or 9 decibels. That is like going from a Mack truck to a Volvo.”

According to Phil George, the Walker Air Sep also gets rid of a lot of the smell from the engine through the blow-by ventilation tube by reclaiming that blow-by gas and recycling it through the air intake on the engine. “In addition to that, a long time ago on these 4.108s if there was any wet blow-by that came out, it would dump that oil into the bilge,” he says. “The Walker Air Sep has a provision in place to reclaim that oil and put it back in the oil pan or crankcase.” 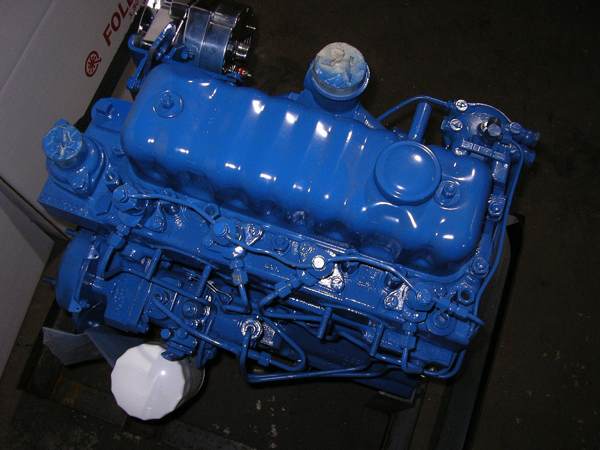 Foley Engines also optimizes the fuel injection system on the 4.108 to allow the engine to start more readily and provide more power.

“The Not Your Father’s 4.108 has helped move this engine ahead a whole generation in engine performance and design,” Foley says. “We can sell this engine to someone who is considering getting rid of their old 4.108 and getting a Yanmar or Volvo. A new engine would cost $15,000 plus installation, hassles, etc. This way he can stick with the same mounting pattern, exhaust pattern, he knows the engine, he likes the engine, and now it has 21st century accessories – the serpentine belt system, Walker Air Sep, improved rear seal, optimized injection system, spin-on fuel filter, and more. It’s a nice package and we sell them as factory remanufactured engines.” 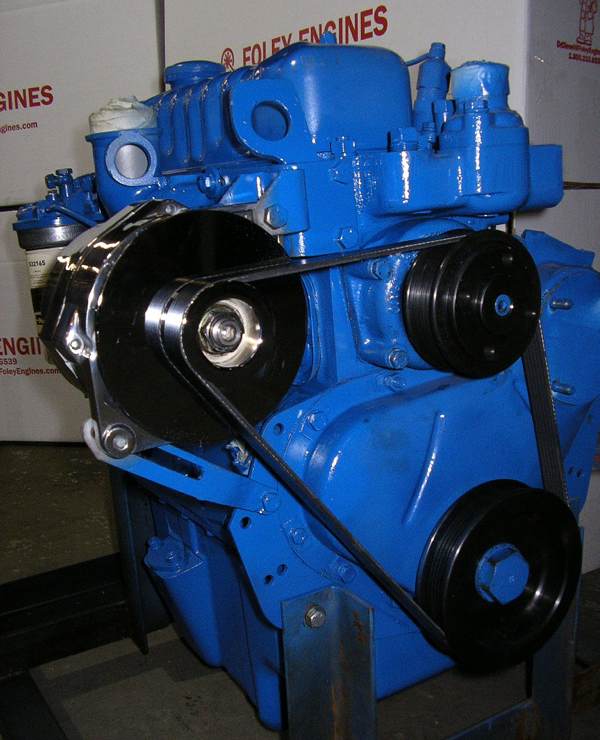 Foley Engines even went so far as to create its own paint for the Not Your Father’s 4.108. “Perkins has always used Marine Blue, but you can’t get that anymore from Perkins, so we created our own and put a coat of clear on top,” Foley says. Despite it being a new color, Foley has kept the Perkins Marine Blue name for the paint color.

The horsepower of these engines is in the high-50 hp range. Foley says 57-59 hp is what he has been seeing on the dyno. The engines run around 2,300 – 2,400 RPM. “We are getting a little extra horsepower out of these engines, they start much easier, they don’t leak, they’re quieter, and for all those reasons we believe it’s a good package,” he says.

The deal sounds even sweeter when you consider that these engines run around 500-600 hours a year depending on how much an individual uses the motor. The engines never really wear out as much as the accessories wear out.

“This engine package is a new slant on things and I would encourage other builders to put a local spin on something,” Foley says. “This is clearly a product we can sell because we are here in New England on the water. Maybe somebody can do a similar thing on a John Deere engine for agriculture.”