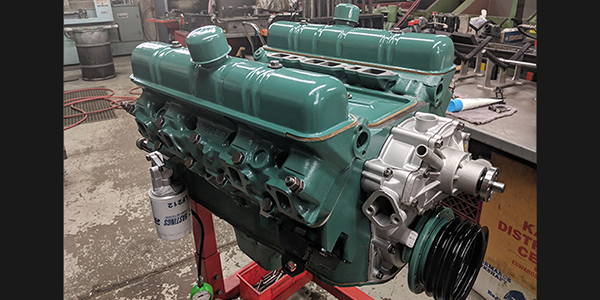 Jeff Mazzei’s love for cars and engines came about as a result of hanging around older kids growing up. At the age of 14, Mazzei would typically tag along with friends who were 16 and 17 years old who had cars. They would tinker on their vehicles and do “backyard mechanic work” all the time. This led Mazzei to enroll in auto mechanic classes in high school, and the rest is history.

“I got into the parts selling business in ’86,” Mazzei says. “I later got a job up in Coventry, OH at a place called H&W Auto Parts, working as a salesman.” 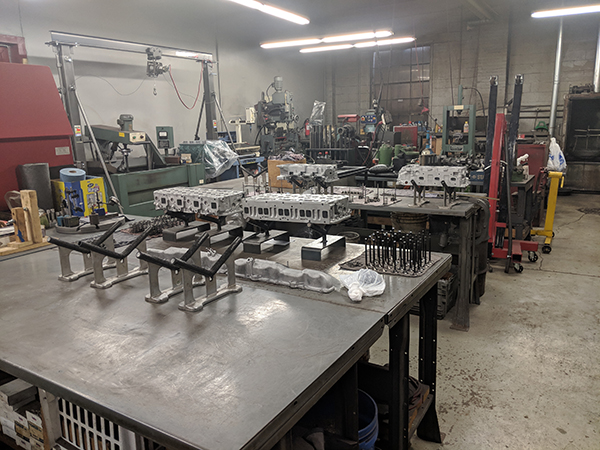 The shop had two locations – one in Coventry and one in Barberton, OH. The gentleman Mazzei replaced was Tom Bowser. Tom was asked to run the machine shop at the Barberton location, while Mazzei stayed in Coventry. The Barberton machine shop got all brand new machines back in 1993.

Not long after that, the Coventry store began to go out of business, so Mazzei was given the opportunity to join Tom at the Barberton store. 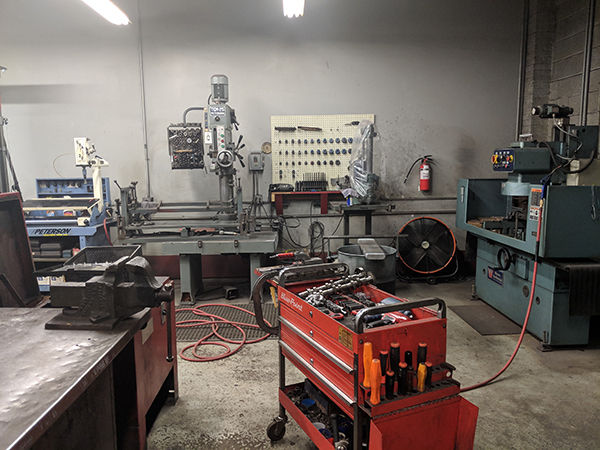 Over the years, the shop has been bought out three times. It was H&W Auto Parts, then Pat Young’s, which was a Federated service, and today, the shop is owned by Fisher Federated Auto Parts. 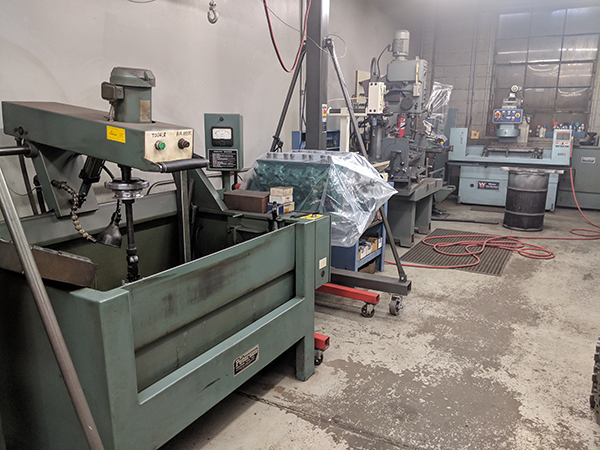 Mazzei is just a one-man shop, but the old school machinist has the capabilities to do almost everything in-house with the exception of line honing and grinding crankshafts.

“I’m the machine shop for all the Federated Auto Parts stores in the area,” he says. “I do stuff for Cleveland, Mentor and all around Ohio. Our biggest focus is cylinder heads, especially the new, dual overhead cams and VVT stuff. That’s kind of been our niche. I don’t do too many engines, but I’ll do several a year.” 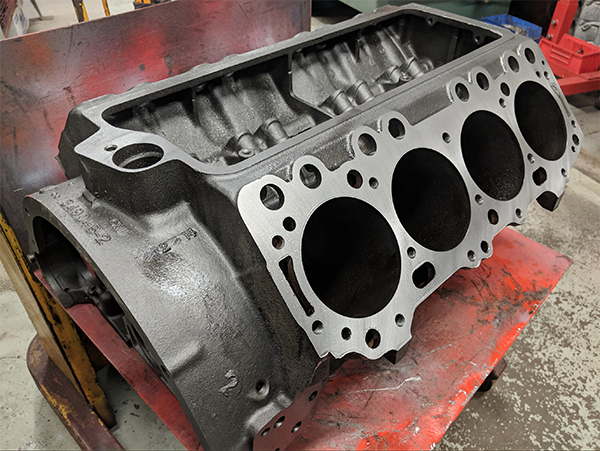 While Mazzei’s engine work ebbs and flows, he’ll tackle just about any type of build. Over the years, he’s built Hemis, big block Chevys, LS engines, Kawasakis and Triumph motorcycle engines, and he’ll even take on some restoration work. 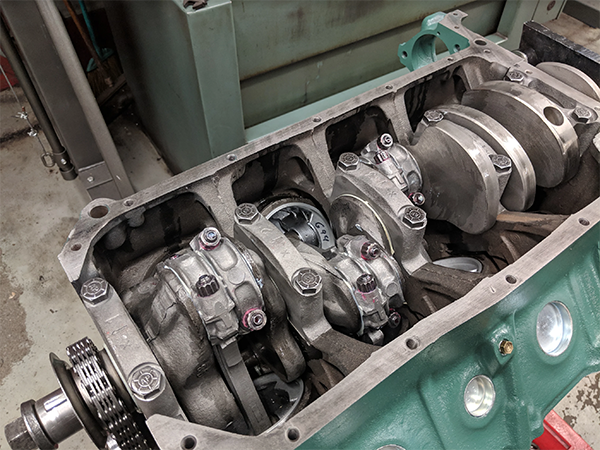 Recently, Mazzei had an old customer come into the shop after purchasing a 1962 Buick Invicta complete with a 401 cid Buick Nailhead engine. The customer wanted Mazzei to give the engine a thorough tear down to make sure everything was in good, working order. 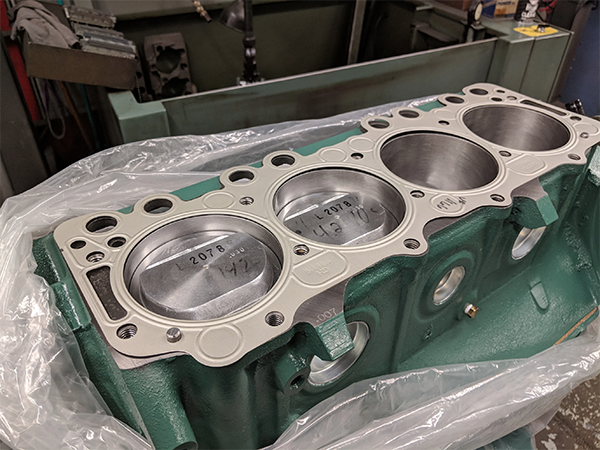 “The gentleman that brought in this Buick Nailhead has been a customer of mine in the past,” Mazzei says. “It turned out the engine had been here in the shop before to have cylinder head work done. We started tearing it apart and the big thing we found wrong with it was it had broken rings on the pistons, which is why it didn’t have any compression.” 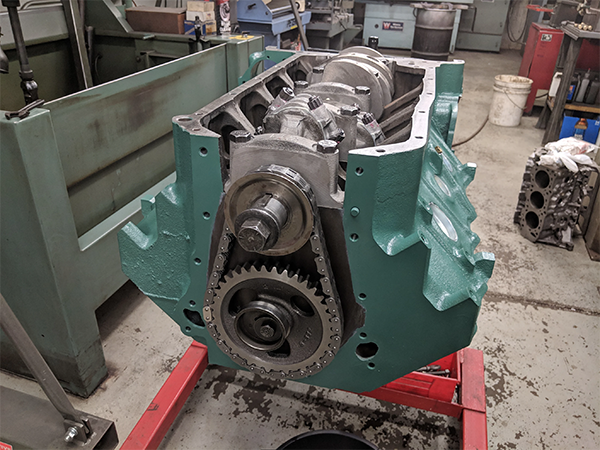 Luckily, the piston ring issue didn’t tear up the cylinders or cause any worse damage to other parts of the engine.

“When I took out the rings, they just fell apart,” he says. “The customer didn’t want to do too many performance upgrades, so we basically did a stock rebuild.” 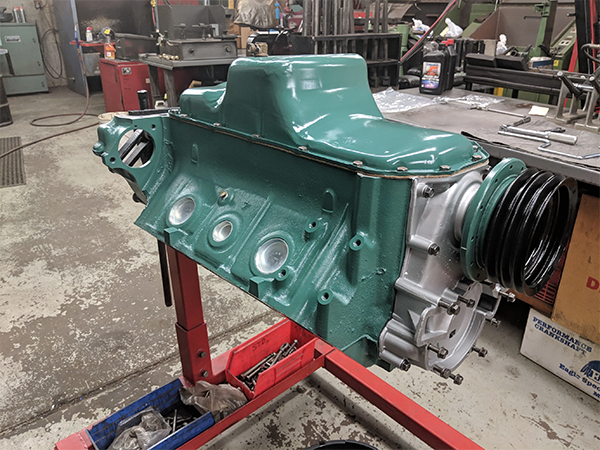 Mazzei started his machine work on the 401 cid Nailhead by getting the crank turned. He bored the block .030˝ and decked it, which made the 401 cid engine now 406 cid. He also tore down the heads to mill them and make sure everything checked out and resized the rods to make sure those were true. 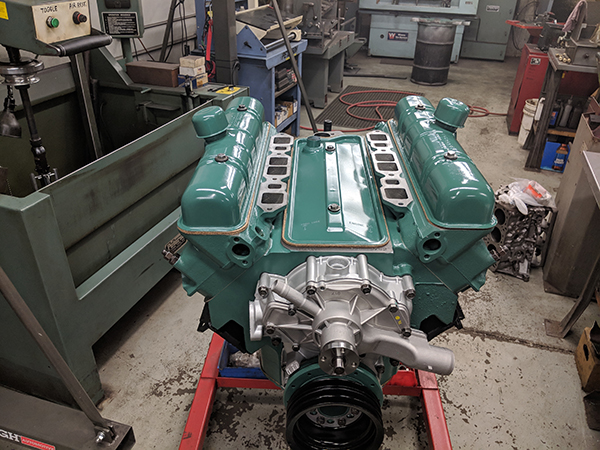 With the machine work wrapped up, Mazzei turned his focus to the necessary new internal parts and assembly.

“Getting old parts for these engines is almost impossible, so the customer did the research for this one,” Mazzei says. “We ended up going through Egge to get most of the parts.” 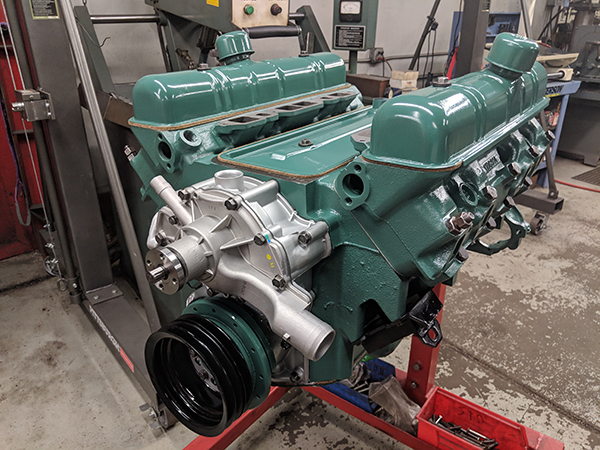 “The rebuild took close to two months,” Mazzei says. “The horsepower is pretty much what the factory rated it at, which is around 325 hp. It’s 10.5:1 compression.” 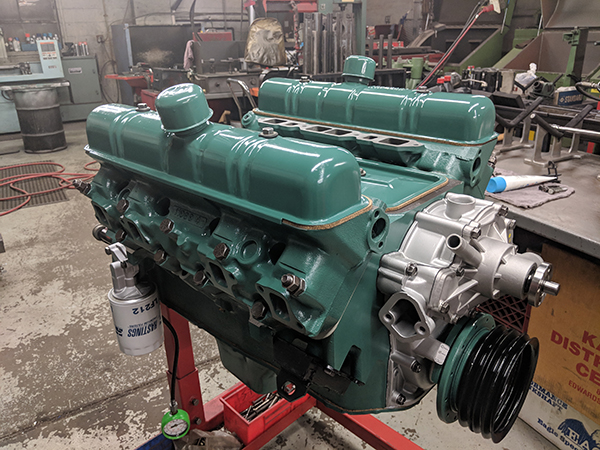