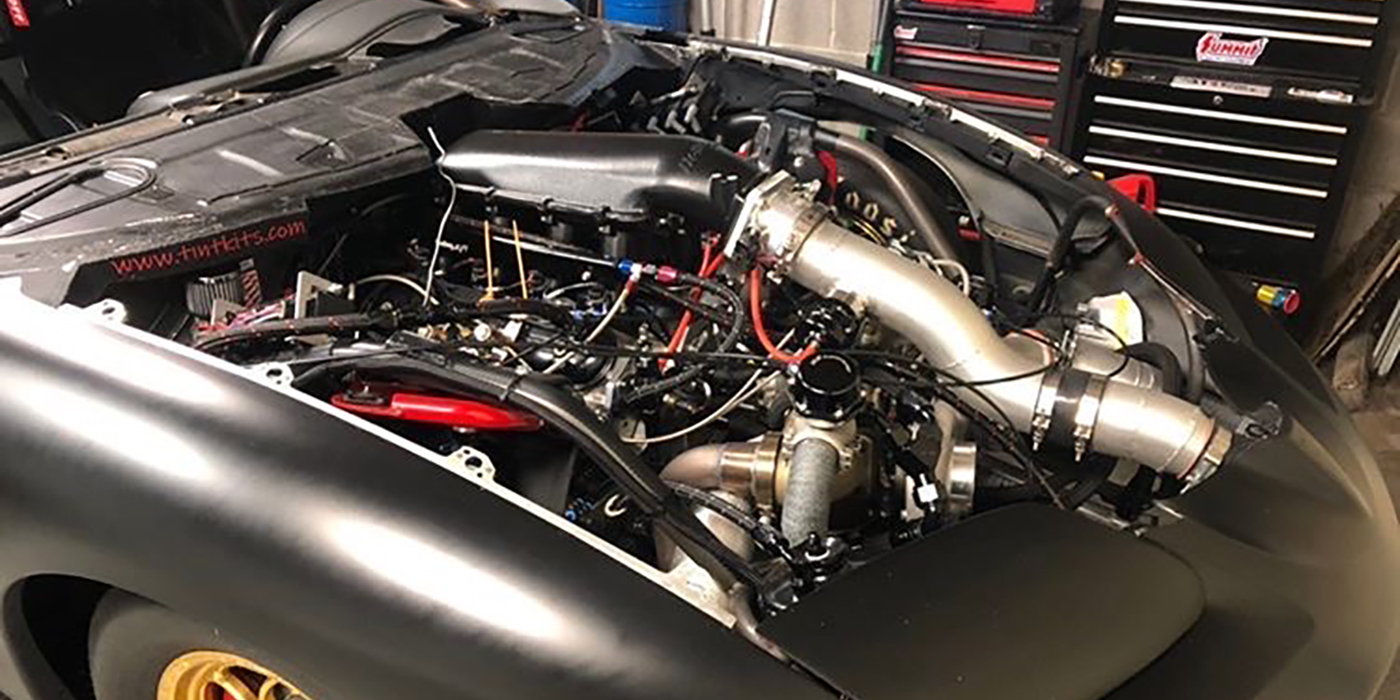 Just one of Jason Raley’s 48 cars that he’s owned in his life is this Pontiac Trans-Am drag car. With nearly 1,900 horsepower coming from its twin-turbo 508 cid LSX engine, he says it’s a bit more special than the rest. Find out why!

Going to the race track every Friday night after school is what got Jason Raley into fast cars and powerful engines. In fact, his appetite for all things automotive has turned into Jason owning nearly 50 vehicles in his life – and he’s only 45 years old!

Jason’s passion for the automotive industry is also reflected in his business, Tint Kits, which is an online, pre-cut window tint manufacturer and installer. The company’s window tints, which use SunTek film, are pre-cut by computer to fit any vehicle, as well as offering options for homes and buildings too.

While Jason may have owned 48 cars over the years, his Pontiac Trans-Am drag car is on a whole other level, and is a car Jason says is truly special to him. With a twin-turbo 508 cid LSX engine under the hood, we can understand why!

Jason isn’t an engine builder himself, rather he is a racer, so he turned to Jimmy Cox of Jimmy Cox Racing in Charlotte Hall, MD for his latest LSX engine build.

The drag car also has UMI suspension parts with AFCO Big Guns all around. M&M built the TH400 transmission and all the fab work was completed by Piranha Fab in New Oxford, PA.

With nearly 1,900 horsepower coming from the engine on 48-lbs. of boost, we think Jason will meet those goals, and we can’t wait to hear how it sounds and drives!