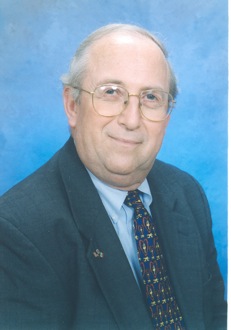 Under Gager’s leadership, the staff of APRA has organized major events for its membership including the annual International BIG R Show and Exposition, regional technical clinics, educational seminars, forums and plant tours, as well as implemented popular business management and savings programs.

CHANTILLY, VA – William “Bill” Gager announced today that he will retire from his position as President of the Automotive Parts Remanufacturers Association (APRA) on December 31, 2013.

During the past 35 years, Bill has made significant contributions to the success of APRA, principally guiding the evolution of the Association and fully aligning the needs of the membership with the Association.

Under Bill’s leadership, the staff of APRA has organized major events for its membership including the annual International BIG R Show and Exposition, regional technical clinics, educational seminars, forums and plant tours, as well as implemented popular business management and savings programs such as the Reman ToolBox, AutoBulletins.com, AutoElectricPro.com, and BuyReman.com.

Gager has also been instrumental in leading the Association’s lobbying efforts on behalf of its membership. Whether it be addressing the IRS on the core valuation issue or working to pass tax credit legislation through Congress; Bill has consistently been the voice of remanufacturing. Bill has used his knowledge of the industry to help educate congressional leaders about the importance of remanufacturing and the benefits from both a labor and environmental standpoint.

As a labor intensive industry, remanufacturing provides jobs while contributing to a greener environment, as Bill would say, “a win-win for everyone.” Bill’s dedication and drive within the organization has always been his commitment to the membership of the APRA, and how to best support them as they adapt to a challenging economy and ever changing government regulations.

In 1989, Bill, along with Fernand Weiland, created the APRA European Division. This Division thrives today with its strong membership of OEM’s, Tier 1 & 2 companies, along with private, well-established remanufacturing companies. The APRA European Symposium has become a “go-to” event for companies doing business in Europe and continues to act as a forum for new technologies and innovative thinking. And, APRA has been actively involved as a primary sponsor of the ReMaTec Show since it was first launched in 2001.

Another of Bill’s numerous achievements was in 1994 when he joined with the Motor & Equipment Manufacturers Association (MEMA) and the Specialty Equipment Market Association (SEMA) to create the PAACE Automechanika Show in Mexico City. This became Mexico and Central America’s most important automotive aftermarket trade show. Bill’s international efforts continue today with the forming of the APRA Asia-Pacific Division.

Gager has been a member of the Industry Trade Advisory Committee on Automotive Equipment and Capital Goods of the U.S. Department of Commerce for a number of years, where he has represented the viewpoint of the remanufacturing industry.

APRA thanks Bill Gager for his immense support and dedication to APRA and the Remanufacturing Industry. His legacy is undeniable and his warm smile and optimism are lasting impressions. When asked about his 35 years of service Bill said, “I’ve had the good fortune to work in such an authentic industry where the people you meet are sincere and willing to share what they know.” Bill has fostered the environment where “APRA members are colleagues, not competitors,” and for that the Association and his staff will be forever thankful.

APRA will be sponsoring a retirement breakfast for Bill during the BIG R Show in Las Vegas, November 2-4, 2013 at the Tropicana Hotel. We look forward to all of his many, many friends being there to wish him well in his retirement.

It’s with heavy hearts that we announce the passing of motorsports icon Ken Block, who died Jan. 2 at age 55 following a snowmobiling accident. Hoonigan Industries confirmed the report in an Instagram post: Related Articles – NGK Spark Plugs Adds Jeffrey Schlenker as GM of Purchasing – Ralph Sheheen Among Inductees for 2023 National

The National Sprint Car Hall of Fame has announced its 2023 inductees, who will be honored on Saturday, June 3, for the 33rd induction ceremonies in Knoxville, Iowa. Among the names is SPEED SPORT’s Ralph Sheheen, who also serves as the host of PRI’s Grand Opening Breakfast.  Related Articles – MAHLE Aftermarket Elevates Delivery Performance

SEMA and PRI must share that despite strong Congressional backing and extraordinary support from the racing community, the 2021-2022 Congressional session is ending without passage of the RPM Act. Related Articles – Kyle Fickler Joins ProCharger – IHRA to Debut Motorcycle Class in 2023 – Belmont Abbey College Announces MBA in Motorsports Management Key negotiators