Roche was selected based on a short essay, submitted on his behalf by Jennifer Herron, which detailed his passion, experience and career accomplishments as a talented engine specialist. According to the essay, Roche’s interest in engine technology began at an early age at his father Terry’s speed shop. By the time he was eight years old, he could “grind valves, valve seats and surface cylinder heads.” Roche also began drag racing and would allow his son – at just 10 years of age – to steer the dragster back to the pits on the return road. It was then that Roche acquired a true passion for engines.

Roche’s career as a custom engine rebuilder began by following in his father’s footsteps in the automotive trade. While working at his father’s speed shop, Roche applied his creativity and innovation to enhance and modify racing engines for increased power; from swapping valves and rocker arms to valve springs and porting heads.

Jewels Lucerne, a French Canadian master machinist, known for designing and setting up tooling and machines for the first two stroke engine assembly line for the Mac91A chainsaw engines, was Roche’s mentor, schooling him to be a machinist. He also was taught by Lou Sales, the designer of the first automatic racing transmissions for fuel dragsters in 1959, for whom Roche built driveshafts and rebuilt convertors for 6 years.

“Kevin Roche has proved to be a ‘champion’ in every sense of the word,” said Ted Hughes, manager – marketing for MAHLE Aftermarket. “From a very young age, the craft of engine modification has been in his blood thanks to his father’s leadership and the guidance of a master machinist and an engine specialist. A demand for quality and gift for creativity has enabled Kevin to advance his career in engine technology with admirable drive and passion. We are pleased to present Kevin with this award and wish him continued success.” 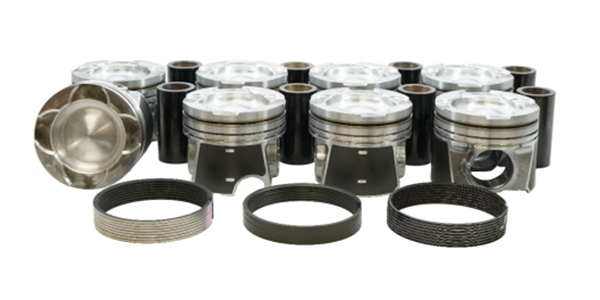