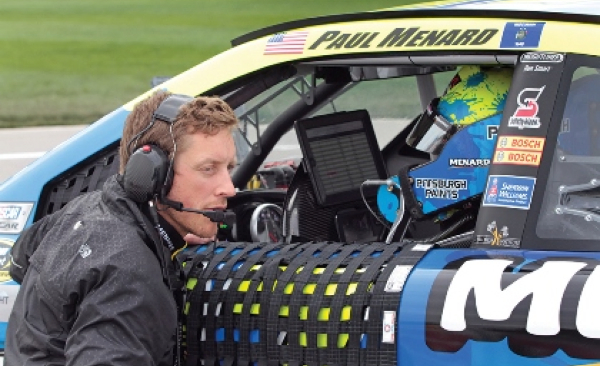 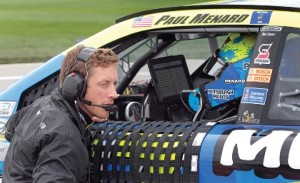 Sponsored by MOOG Steering and Suspension manufacturer Federal-Mogul Motorparts, a division of Federal-Mogul Holdings Corporation, the weekly Problem Solver award is presented to the crew chief whose car posts the greatest second-half improvement in average lap time while finishing on the lead lap. Alexander won the award after his driver, Paul Menard, and the MOOG-equipped No. 27 Tarkett/Menards Chevrolet SS posted identical average lap times in the first and second half to finish sixth in Sunday’s event.

The 27 car started 13th and remained in the top 15 for much of the first half of the race. Menard methodically advanced over the final 90 laps, improving from 18th to 8th over a 40-lap span. He was running in the top five with 21 laps to go and had dropped back to 6th when a series of cautions and what ultimately was ruled as the race’s official green-white-checkered finish halted his advance. The race was won by Joey Logano and the MOOG-equipped No. 22 Ford Fusion, completing their sweep of the three-race Contender Round of the Chase for the Sprint Cup.

“Paul and Justin ran an extremely smart and efficient race – they had good strategy, flawless execution on pit road and a great-handling car for most of the afternoon,” said Tim Nelson, director of motorsports for Federal-Mogul Motorparts. “Justin has his work cut out for him over the next four weekends, but it’s certainly possible that he could overtake Greg and become the first rookie to win our year-end Problem Solver award.”

Ives has five weekly Problem Solver wins and holds the advantage over Alexander in a prospective tie-breaker as a result of the 88 Chevrolet’s edge in Sprint Cup points. Seven crew chiefs have won the weekly MOOG award two times in 2015 and nine have one win.