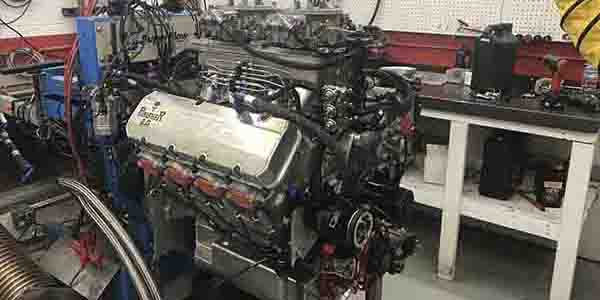 Tired of seeing blower engines in Top Dragster, Bob Reinhardt of MadCap Racing Engines wanted to build a nitrous engine for his customer. The result was a 1,500 hp 747 big block Chevy nitrous engine. Find out what went into the build!

If you’re familiar with NHRA Pro Stock racing, you’ve likely heard the name V. Gaines a few times. The Lakewood, CO native debuted in Pro Stock in 1994 after a career in the NHRA sportsman ranks, and immediately captured the attention of fans. Gaines announced his retirement from racing in 2016, but in his time in the industry he has amassed several racing and engine companies such as GRP Connecting Rods, Winberg Crankshafts, and FineLine Graphics.

Gaines also owns MadCap Racing Engines in Lakewood, CO, and we caught up with shop manager Bob Reinhardt to get the scoop on the shop and one of its recent engine builds for a Top Dragster application. 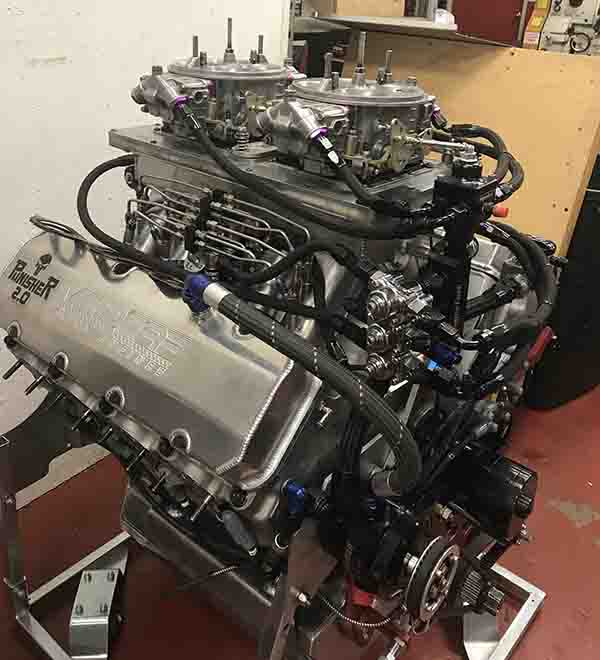 Reinhardt, like Gaines, has been into racing for a long time. He took that interest and translated it into engine and machine work and eventually a career at Sonny’s Racing Engines for 13-14 years. He then came to MadCap, which has been open for more than 20 years, in 2010.

“Mainly we do really high-end drag racing stuff, whether it’s Top Sportsman, Top Dragster or Pro Mod,” Reinhardt says. “We do NHRA 500, which has been our main focus for a long time due to V. (Gaines) racing.”

MadCap is a full machine shop and does everything in-house except for really high-end cylinder head development. 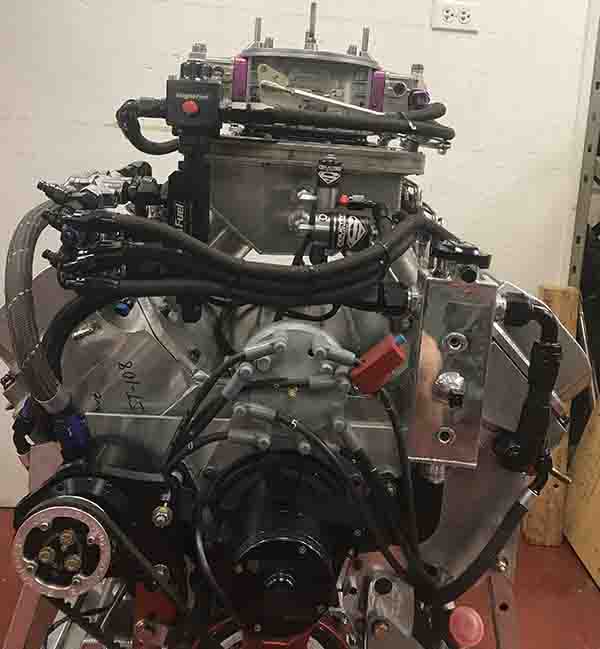 “We can do basic porting and whatnot, but for the really high-end development we work with a couple of different companies on that,” Reinhardt says. “Everything else we do in-house. Recently we bought a Rottler CNC block center to do most everything on.”

One of the engines MadCap recently finished is a 747 big block Chevy nitrous engine for Steve Johnson, who is a local Top Dragster racer. 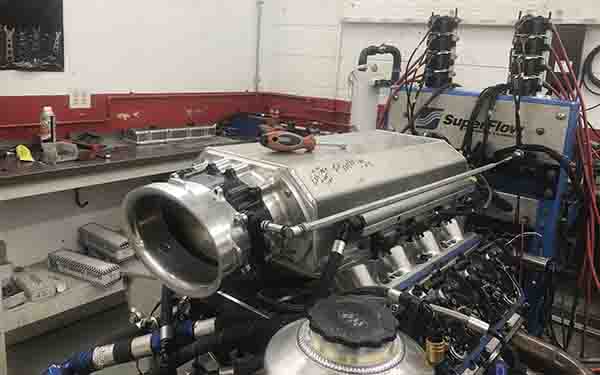 MadCap started this engine from scratch, and with Reinhardt’s nitrous background from Sonny’s Racing Engines, the customer gave him free reign to develop the engine.

“It’s a 5-inch bore space Brodix block and heads,” he says. “It has a custom, sheet metal intake manifold and the heads were modified to my specs by CFE (Carl Foltz Enterprises).”

Since the block comes in unfinished, MadCap bores it, decks it and hones it. 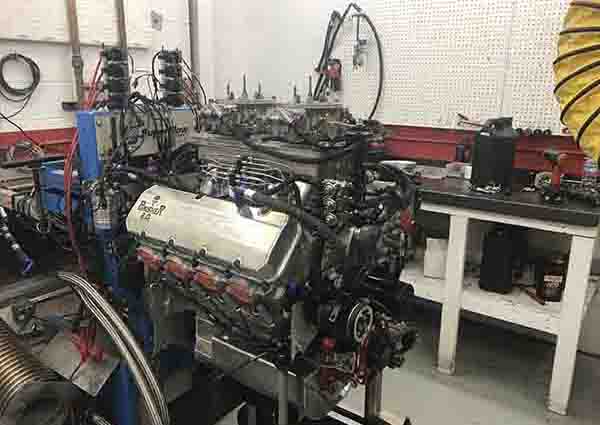 “We have a pretty specific hone for heavy nitrous use,” he says. “We also use a specific ring package designed around the nitrous use from Total Seal. Everything is custom and nobody has shelf pieces for everything, so we basically machine everything in the engine.”

The 747 nitrous engine uses pistons from Wiseco, a Winberg billet crankshaft and GRP aluminum connecting rods. The nitrous on the engine is sprayed by three systems from Induction Solutions.

The camshaft is custom from COMP Cams with around an inch of lift. Valves are made out of titanium from Manley. Rockers are from Jesel. MadCap uses ACL Bearings in almost everything. The gaskets on this engine are copper from SCE.

“We also use Cometic a lot for the non-copper gasket stuff and the non-heavy nitrous stuff,” he says. “It’s really application specific what we use.”

The build overall went pretty smooth. Reinhardt also had to do all the custom nitrous plumbing and custom tuning.

“We have two dynos in-house – one is set up for fuel injection for the Pro Stock deal and one is set up mainly for the carbureted stuff,” he says. “The dynos are both a Super Flow 902. You do a lot of the tuning in the car. I can spray the nitrous on the dyno, but the tune-up on the dyno and the tune-up on the car aren’t necessarily the same. So you can get it close on the dyno and then you’ve got to run it on the track to make it happy. We do spend a lot of time working on making sure the fuel curve is right on the carburetors and everything else.” 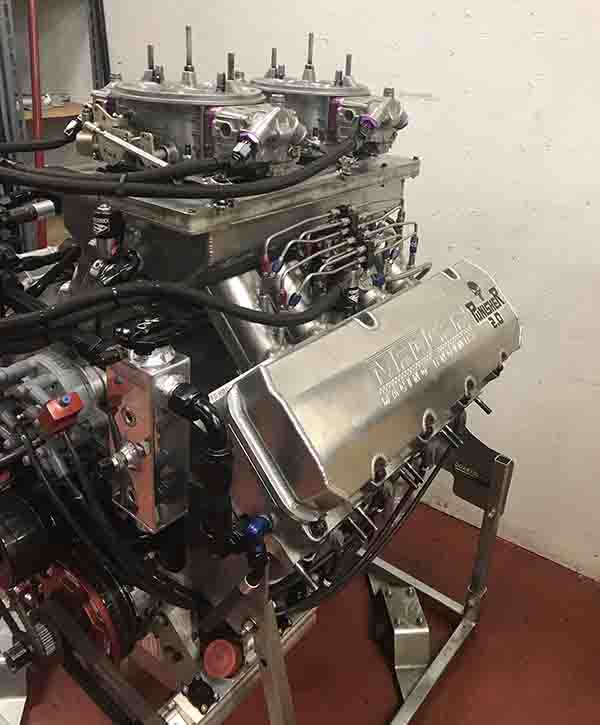 The compression ratio for this engine, because it’s heavy nitrous, is actually pretty low. It’s only about 14:1, and a lot of exhaust duration on the camshaft to try to get the heat out from spraying nitrous. The engine makes 1,500 horsepower.

“Up here at 8,000 feet corrected air, we’ve run 6.30s at 217 mph,” Reinhardt says. “At sea level this would easily go in the 5s. The altitude kills us up here. My normal correction factor on the dyno is 25 to 28 percent. So that’s how much power you’re down up here. That actually has its own challenges trying to make power up here and then send it to sea level and see if it runs like it does up here.”

While the thin air may have its own challenges, the team at MadCap Racing Engines has a passion for engine building and it shows in engines like this nitrous 747 big block Chevy – at any altitude.