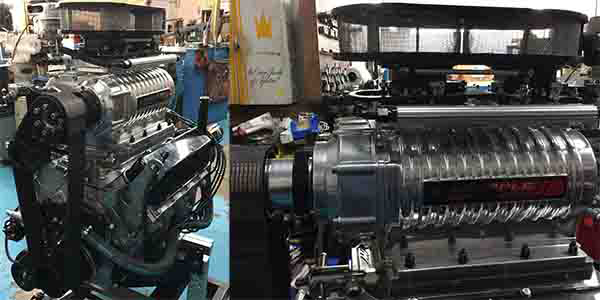 Recently, one of Bruce Baker’s customers flipped his boat and got the engine all wet. Not wanting the salt to eat through the big block Chevy, Bruce and his team at Express Engines got to work tearing it down, cleaning it up and rebuilding this supercharged 598 big block Chevy.

I was recently in Florida to attend the Daytona 500, which as we all know, turned out to be a great race and a big win for Austin Dillon. Another great thing I did that week, since I was in the area, was stop and visit Bruce Baker and John Kaeserman at Express Engines, Inc. in DeLand, FL, about 30 minutes southwest of Daytona. 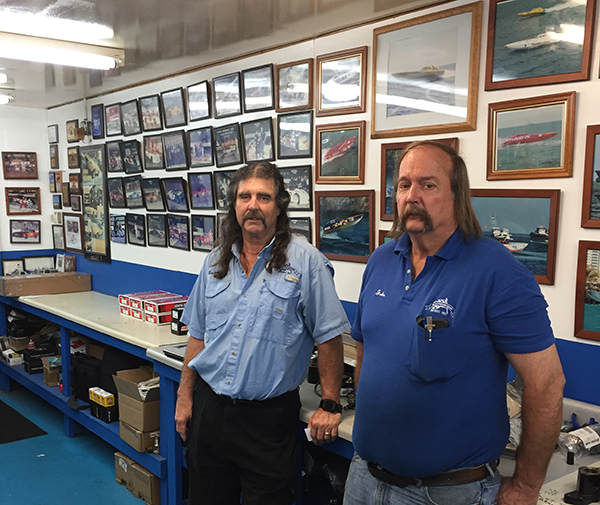 Bruce Baker (left) and John Kaeserman (right) have been business partners since 1987.

Bruce has run Express Engines since 1985. His business partner John has been helping Bruce in the shop ever since 1987. The duo knows their stuff, and along with a third full-time employee, they build some great engines.

“I’m from Muskegon, MI, born and raised, and worked for a company called Baker Engineering, which is my uncle Ray Baker’s company,” Bruce says. “I worked for him from ‘76 to ’83. Then I moved on to a company called Prototype in Chicago from ‘83 to ‘85. That’s when I moved down here to DeLand, FL and bought a shop.” 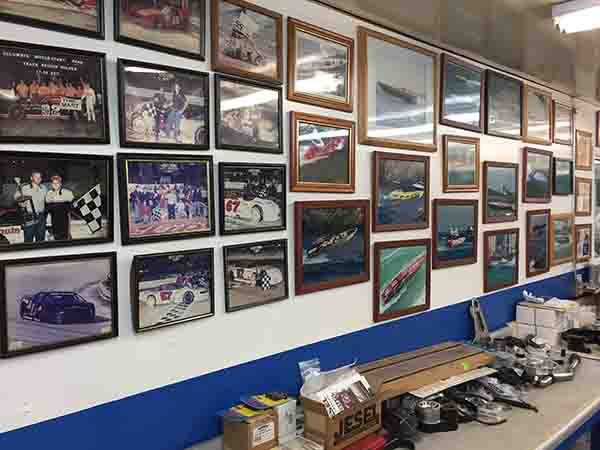 Express Engines is currently working with a little more than 3,000 sq. ft. available for building all kinds of different engines from V8 and V6 to automotive, motorcycle and marine, with marine being the shop’s primary business.

“This building is our second location, which we moved into in 1996,” Baker says. “When I moved down here, the shop used to be called R&B Engineering for about two years. Then we called it Midnight Express when we did some stock car racing. Then in the late-‘90s we changed to Express Engines and started doing boat engines. That’s been the name ever since.”

Bruce hasn’t just built the engines, but has done some racing himself. 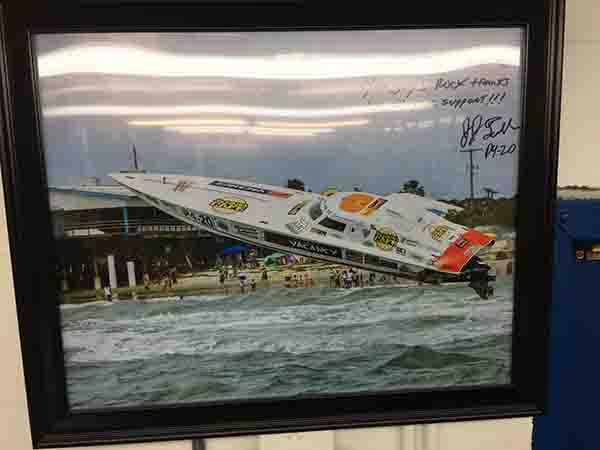 This is a photo from Bruce’s customer who turned over his boat with the 598 big block Chevy.

Express Engines is a complete machine shop capable of doing everything in-house except for crank grinding. 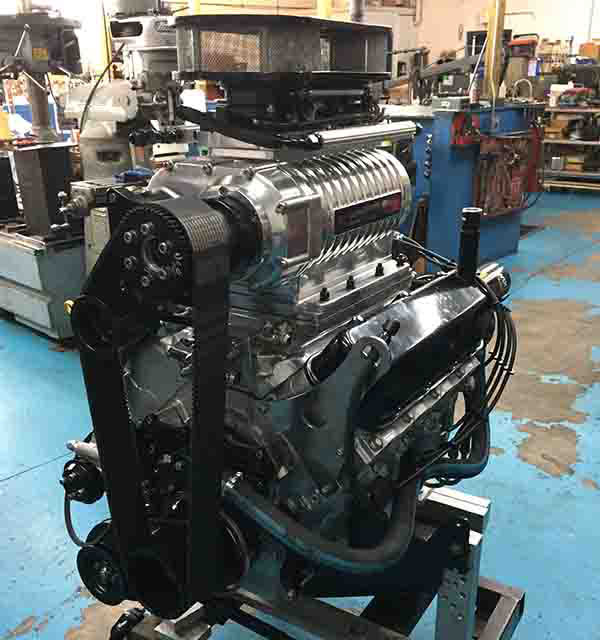 While I was in the shop, Bruce and John had a 428 Super Cobra Jet Ford and a 427 Chevy out of a Corvette they were working on. They also had two 440 Chryslers that are going in a boat, which you don’t usually see in a boat anymore.

“Those are six pack motors as well,” Kaeserman says. “For marine, Chevrolet is No. 1 these days. Fords are also used a decent amount still in marine applications. We also have a couple Mercury 850s. We have a little bit of everything here.”

The one engine that caught my eye was this 598 big block Chevy with a Whipple blower on it. 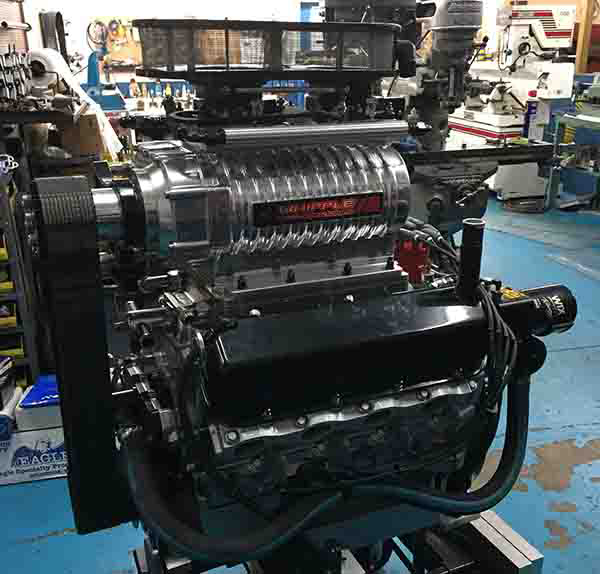 “This engine is from one of our repeat clients who bought a boat,” Baker says. “He went to his first race with it and turned it over and got the engine all wet. He brought it here and we pulled it apart and cleaned it all up and did all the machine work. We went through the engine and checked the housing bores and touched up the cylinders. We put on new rings and did a valve job and serviced the cylinder heads.”

According to Baker, the cylinder heads’ water ports and water jackets were rotted so they had to weld them back up. Once that’s done they have to make sure everything is straight and flat. Then they drill all the holes back in to make it brand new again. 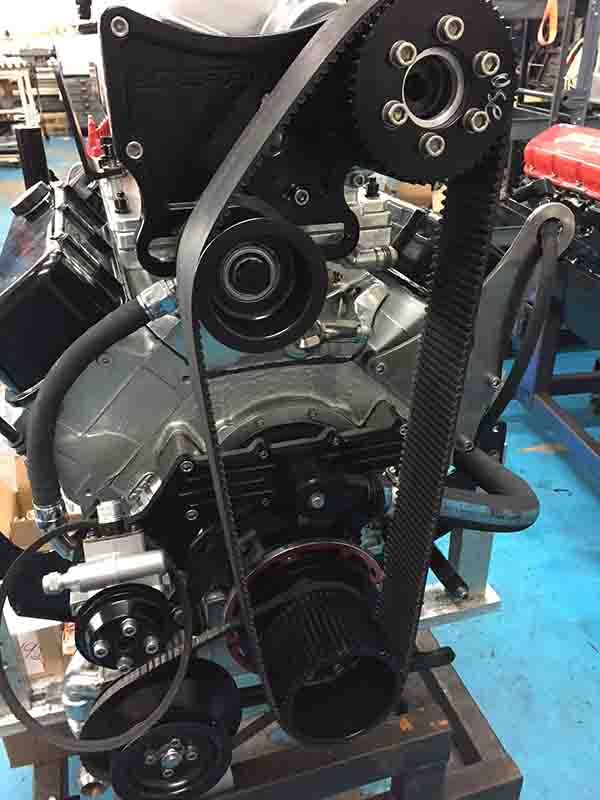 “The salt water eats at the aluminum and it causes problems,” Baker says. “We do a lot of aluminum head repair because of the salt damage. You can repair aluminum, but iron you really can’t. Aluminum is primarily what we see these days.”

Express Engines did the machine work, washed the engine parts, did a valve job and serviced the heads before putting in new rings from Total Seal and coated bearings from Clevite. 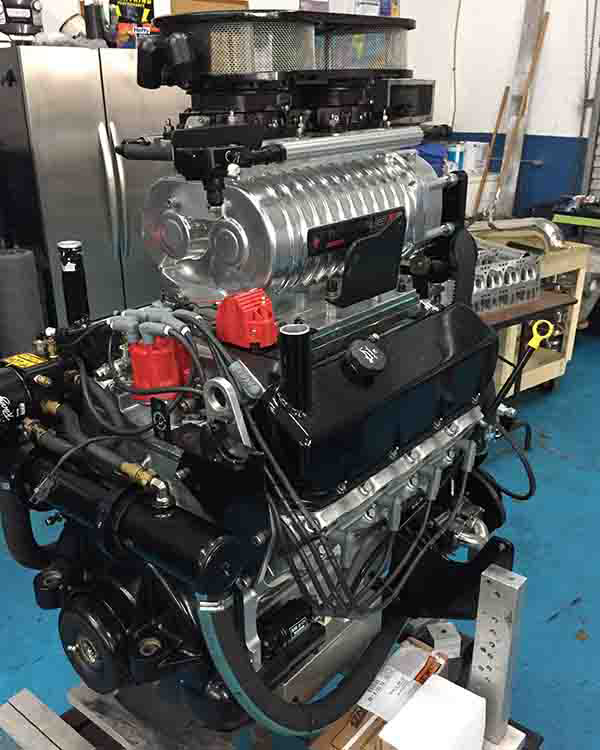 “The customer only had two hours of run time on the engine, so a lot of the parts we could use over,” he says. “We did have to replace the starter and alternator since those got wet.” 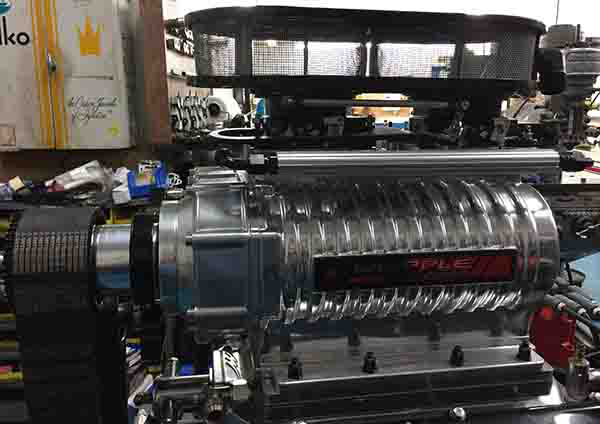 “Now we are waiting for the new wiring harness to get sent back,” Baker says. 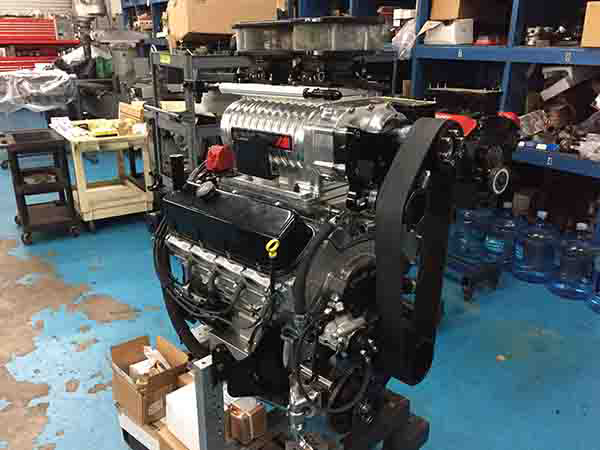 Turning a boat over can happen quite often, especially if you hit a wave wrong or take a turn too fast. Here’s hoping Express Engines’ customer doesn’t get this rebuilt 598 big block Chevy wet again anytime soon!