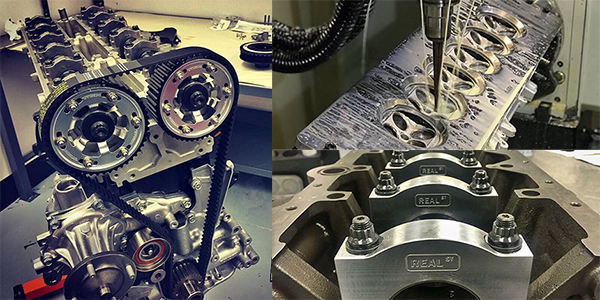 When this turbocharged Toyota 2JZ engine got on the dyno at Victory Precision Machine, it lost oil pressure. The problem turned out to be a spun bearing and a trashed crank. Frank Mangano got to work rebuilding this engine for a 1997 Supra street application. Find out how the build turned out!

Frank Mangano first realized he wanted to start a performance shop while still in high school at the age of 17. He carried his love of cars into college where he would utilize his house’s two-car garage to do engine and vehicle work – that is, until his HOA caught on and put an end to it. But that didn’t stop Mangano from following his dreams to open a shop. He quickly leased a 6,500 sq.-ft. space, which after just a year a half was traded for a 21,000 sq.-ft. facility in Winchester, VA and is the site of Mangano’s current engine shop, Victory Precision Machine. 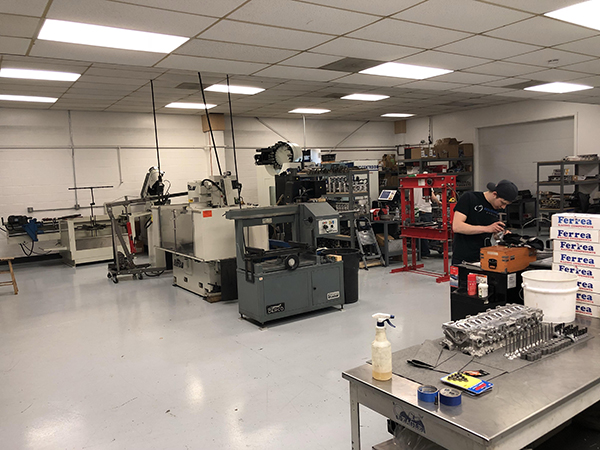 Mangano’s first shop was called Winchester Auto Works, which Frank opened in 2011. The shop had a focus on performance work and fabrication, but after two years Mangano was getting fed up with having to utilize other shops for engine work and waiting forever to get things back. In 2014, Mangano purchased a Centroid 560, a Serdi, a SV-10 hone, a CH-10 line hone, BCM surface and a Berco line boring machine and changed the shop name to Victory Precision Machine. 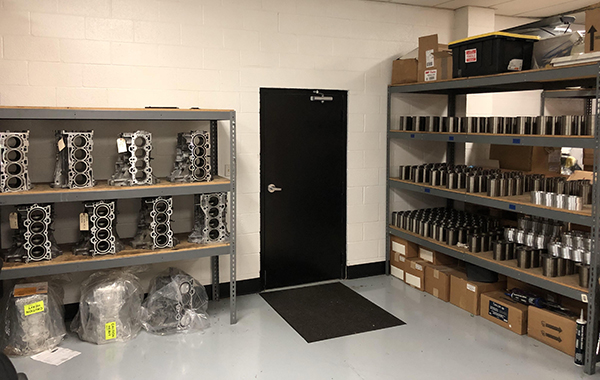 “I initially did the machine shop to supplement our own performance work and quickly realized that our services, being what they were with sleeving and head porting, allowed us to draw from markets far outside our local one,” Mangano says. “As soon as I realized that, we wound down the actual automotive aspect to focus strictly on engine building and machining to pull from that larger market and internationally as well. The international business was a real surprise since we were just a couple years old and sending engines to Cananda, Chile, Dubai and Malaysia.” 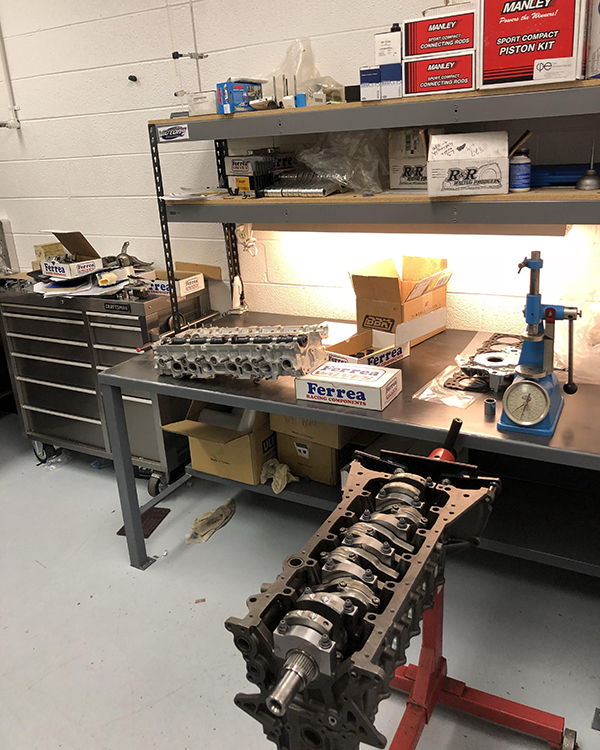 Mangano says that just 10 percent of Victory Precision Machine’s customer base is local. Just about everything else is shipped out. The shop primarily does sleeving and head porting work since it stopped doing automotive jobs in 2016. Changing the scope of work the shop does has been a good thing for Frank and his four other full-time employees.

“We’ll do just about anything that comes in the door if we can fit it in our machine,” he says. “We do plenty of LS-based engines and small block Fords. Those are our main domestic markets. However, we definitely have a focus on sport compact builds – Hondas, Toyotas and Mitsubishis. 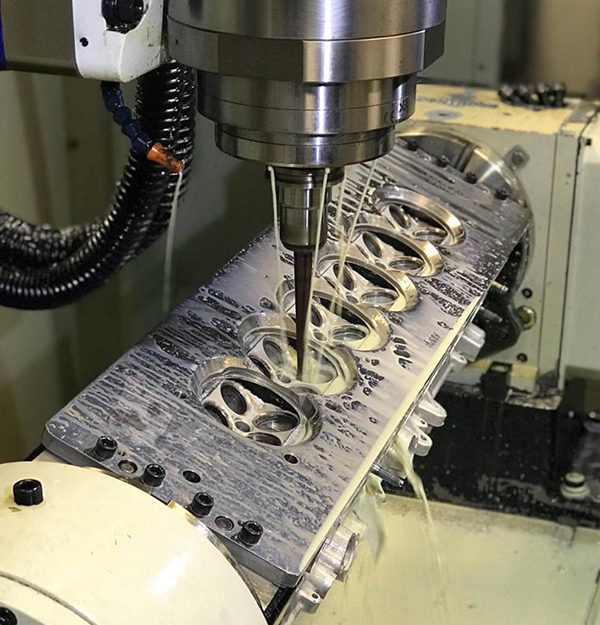 “Our growth was completely organic. We had a few connections that we took advantage of as far as getting the word out, but we never built a car that broke records and we never did any of the traditional marketing campaigns. We did some vendor booths at some races and let people know we were out there, but I really think the way we treat our customers and getting the work done, doing it well and being responsive to customers has really been our main keys for growth over the last two years now.”

That organic growth and larger focus on sport compact engine work led Mangano to building this Toyota 2JZ engine for a 1997 Supra. 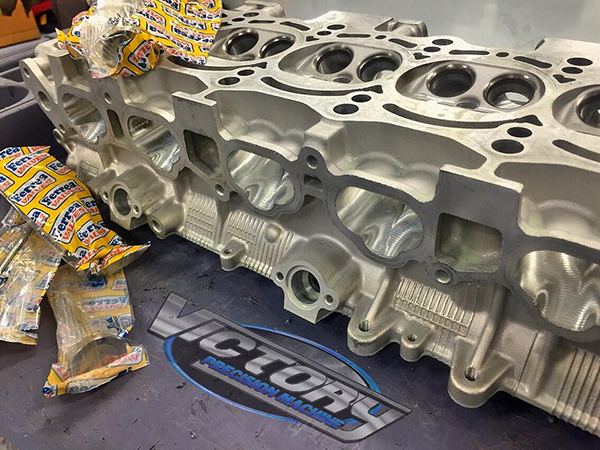 “This customer has done builds with us before,” Mangano says. “He’s big in the 2JZ market and he brings cars out here to tune on our dyno. We put the engine on the dyno and it lost oil pressure. So we changed the oil and made sure it wasn’t just degrading from the ethanol, and it still didn’t have enough oil pressure. It turned out to be a spun rod bearing. We thought it might be a cracked main because it was on stock mains making close to 1,000 horsepower and that’s kind of where we recommend changing the billet mains on the 2Js.”

With the problem diagnosed as a spun rod bearing, Mangano also found that the crank was trashed. The customer was on a time crunch so the shop had to be sensitive to that. Frank actually had a 2JZ short block in stock that was his personal one he had built before selling his Supra. 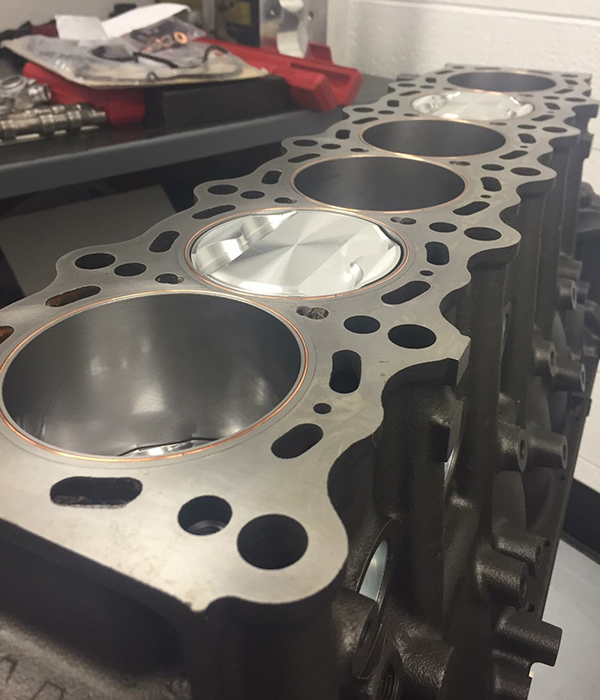 “It was basically a stock 2JZ block with LA Sleeves to give it a little bit of strength,” he says. “Also, it was already 40 over, so we didn’t want to go with a bore that big and we wanted to keep some of the weight out of it and keep the block intact. So we sleeved it with LA Sleeves, o-ringed the deck, installed billet main caps from Real Street, line bored it, and CNC bored and diamond honed the block.”

One key weak point Mangano has identified on the 2JZs, is their pressed in steel balls in the front and the back of the block, in the head and in the crank. Victory Precision Machine pulls them out with a slide hammer to properly clean those areas. 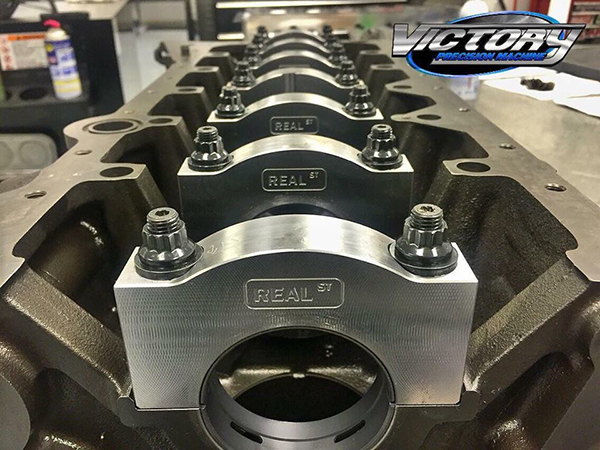 “There’s a lot of sludge and debris that gets behind those,” he says. “We tap them with MTP plugs so that it’s serviceable if it ever needed to come apart in the future. It’s something that we would actually require if we’re going to be assembling. We’re not comfortable with the amount of debris that gets behind those balls that if we’re going to put it together it has to be done. If somebody else wants to assemble it, we still recommend it strongly, but we don’t make it mandatory.

“I think that’s something that a lot of people overlook is just the sheer amount of cleaning that should be done when building an engine. We use an UltraSonic, a soda blaster with Armex abrasive and a hot tank, and then beyond that we’ll use brushes, brake clean and things like that.” 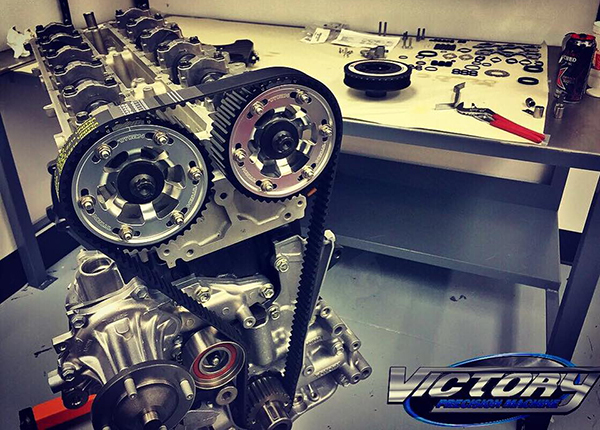 Victory Precision Machine will also blueprint and provide a spec sheet with every engine the shop builds. This Toyota 2JZ also got balanced and the crank got micropolished. The stock head got CNC-ported in-house. Mangano also gave the engine new bronze valve guides, a radius valve job on the Serdi, did lash with brand new OEM Toyota shimless buckets, used a Ferrea valvetrain, GSC cams, Real Street billet mains, ARP main and head studs, an OEM crankshaft, Manley Turbo Tough rods, Arias pistons, and ACL Calico-coated bearings. The Toyota 2JZ is an inline 6, so Managano went with a Cometic head gasket and OEM gasket sets for everything else.

“The engine made 991 horsepower and 834 lb.-ft. of torque using a turbocharger and e98 fuel,” Mangano says. This is one Supra that’s now ready for the street. 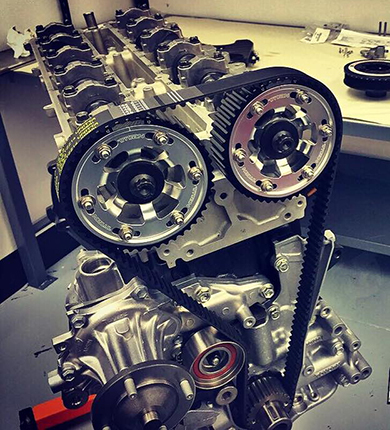 The Engine of the Week eNewsletter is sponsored by Cometic Gasket and PennGrade Motor Oil.

Advertisement
In this article:Cometic Gasket, Engine of the Week, PennGrade Motor Oil, Toyota