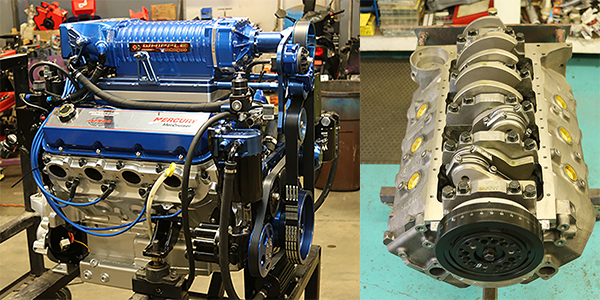 Tyler Crockett Marine Engines might dabble in some monster truck and drag race engine building, but nearly 95 percent of the shop’s work is reserved for marine engines like this popular 540 cid big block Chevy built on a Dart block with a 4.250˝ crank in it. Find out what else goes into making this marine engine crank out 950 horsepower!

Tyler Crockett is the current speed record holder at the Lake of the Ozarks in Missouri with a speed of 118 mph, which he set using a 2,000 hp motor. It was boat racing where Tyler first met Bob Gorman of Cometic Gasket, and it was marine engine building that formed a relationship between Tyler’s shop and Penn Grade Motor Oil – the two sponsors of the Engine of the Week series.

Crockett is the owner of Tyler Crockett Marine Engines in Ruby, MI, a full machine shop with four full-time employees and 18,000 sq.-ft. of space. 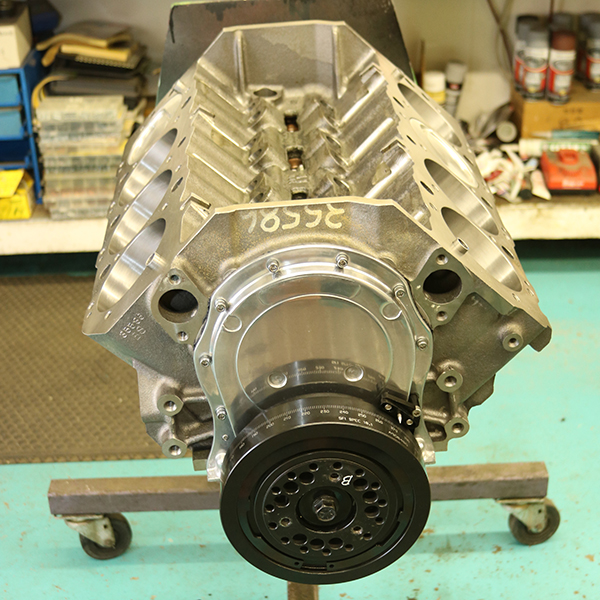 While Tyler is a skilled boat racer, he is even more skilled at engine building. He got his start in this industry at just 14 years old helping his dad work on old, wooden, Chris-Craft boats. That was also the year he built his first engine, and he’s been building marine engines ever since. 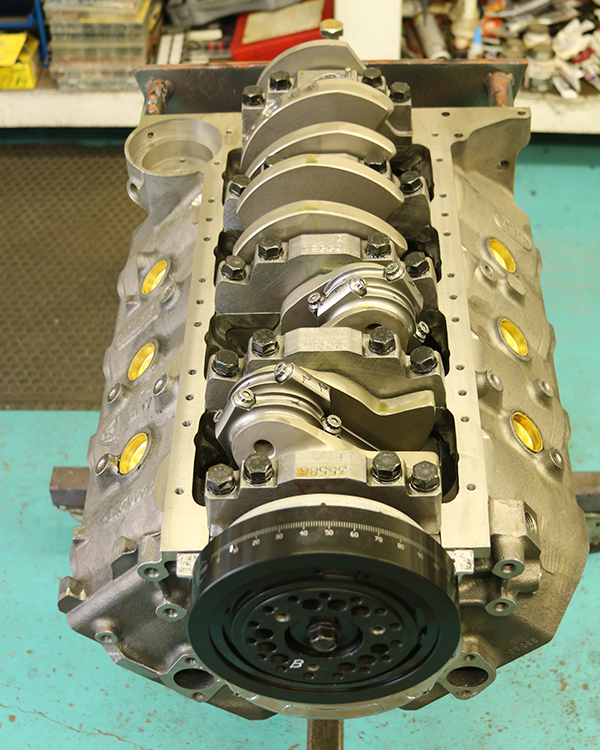 “I started my business in 1981 when I graduated from high school,” he says. “When I first opened up, the name of the shop was Tyler Crockett Racing Engines because we used to do a lot of race car engines and different things. Then we started doing a lot of marine engines and a lot of people, I found out, wouldn’t come to me because they thought all I did was build racing engines. So I switched my shop name to Tyler Crockett Marine Engines back in the early ‘80s.”

Today, the shop’s work is made up of 90-95 percent marine engines and 5 percent on monster truck motors and drag race motors.

One such marine engine, and a popular one for Crockett’s customers, is this 540 cid big block Chevy engine built on a Dart block with a 4.250˝ Lunati or Manley crank in it. 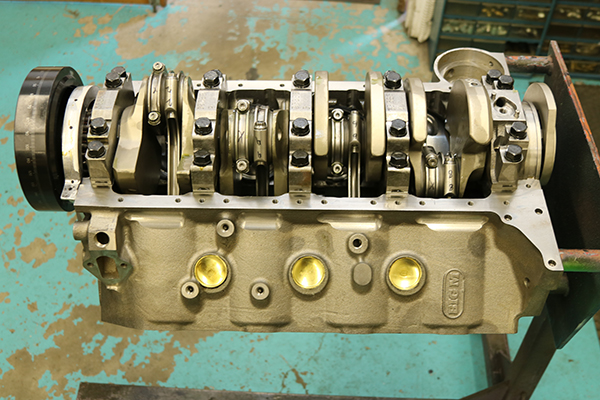 “This engine is a good fit for pleasure boats and guys looking to do poker runs,” Crockett says. “We just finished a pair of these engines for a customer who put them in a 42-foot cigarette boat.

“When we get the new Dart blocks we put the torque plates on them and we get the bores up to size. Then we put the block screw on them and square deck the block. After the block is honed, we de-burr the whole block to get rid of all the stress risers and sharp edges and then we put the cam bearings in it. After that, we pin fit all the pistons and pin fit the rods and then we balance the rotating assembly. Once that is all done, the engine gets cleaned and everything goes into the engine assembly room.” 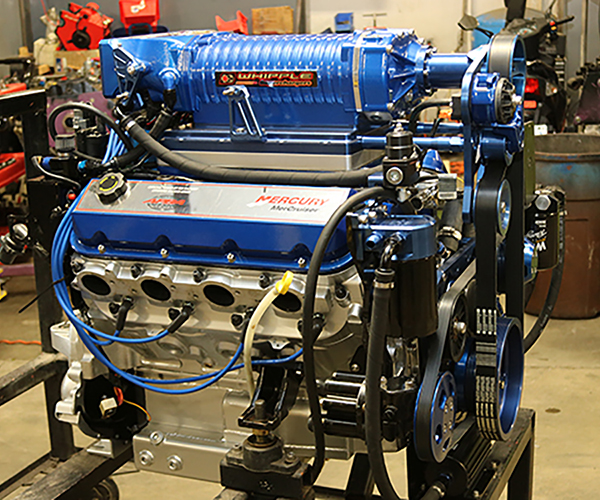 “We went to stainless rockers now instead of aluminum because the aluminum rockers don’t hold up to the abuse marine engines take,” he says.

Crockett adds that it’s nice being located near Detroit since Dart blocks are in Troy, MI and Trend pushrods and Diamond pistons are in Detroit.

“We could just go pick everything up,” he says. “Now that Race Winning Brands has bought everybody out we use a lot of the JE stuff because they’re made and shipped right out of Ohio.” 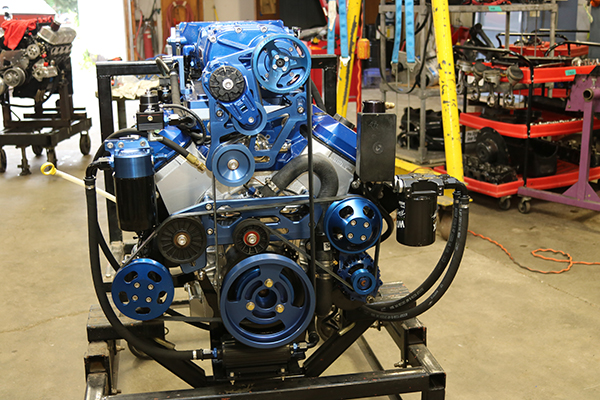 And speaking of Ohio, Tyler Crockett Marine Engines uses Ohio-based Cometic gaskets in all its engines, including in this 540 BBC.

Once the 540 is all put together, Tyler makes sure to run it on the shop’s SuperFlow dyno.

“We dyno every single engine we build,” he says. “I built all the fuel injection myself on the dyno. We run all of our engines in on Brad Penn break-in oil. After they get at least 25 hours on them with the mineral oil, we will either keep them with Brad Penn or switch them to VP Racing oil.” 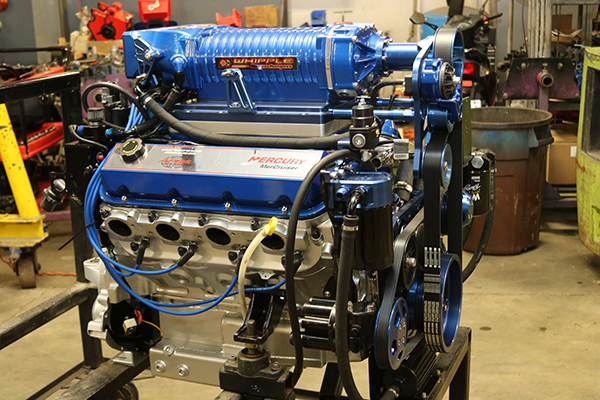 Time to hit the water!