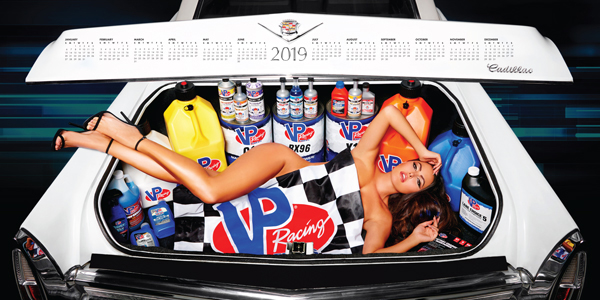 VP Racing Fuels, Inc., may be regarded as a leader in racing fuel technology but at SEMA, it’s reputation for producing memorable, calendar posters raised the bar again. 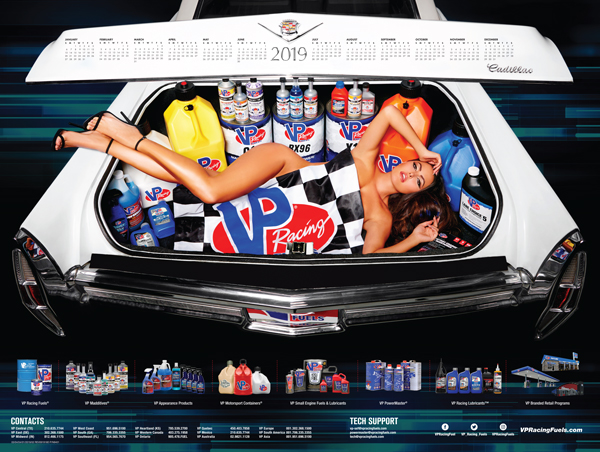 “Dating back to the ’90s when VP began producing an annual calendar poster, every year fans and racers alike looked forward to seeing just how far we could go with the next year’s edition,” said Donato Bonacquisto, VP Racing Fuels director of marketing. “We’re used to fueling the IMSA Prototype Cadillac’s in The WeatherTech Sportscar Championship, but our team put another Cadillac to good use for 2019 and I think it’ll be considered a uniquely memorable photo.”