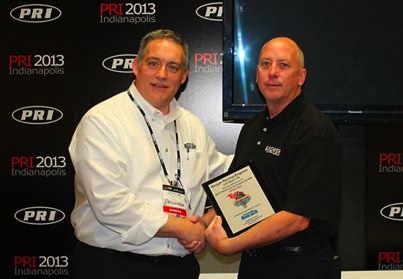 Kroyer Racing Engines of Las Vegas, NV, was named the 2013 Performance Engine Builder of the Year at a press conference held Thursday at the Performance Racing Industry (PRI) tradeshow in Indianapolis. 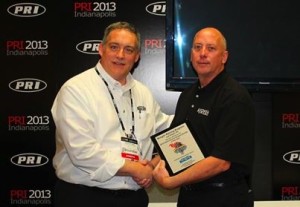 The staff of Kroyer Racing Engines was presented a plaque recognizing their achievement, along with $1,000, an Apple iPad and lodging during the tradeshow.

Kroyer Racing Engines (www.kroyerracingengines.com ) builds racing engine packages for a wide variety of racing series and classes. The performance shop was picked as this year’s recipient because of its quality of creativity and innovation, training and education, merchandising and promotion, professional standards and conduct, appearance, solid business management, community involvement, business growth, achievement and victories.

A feature on the shop will be in an upcoming issue of Engine Builder magazine.

The two other finalists for this year’s award were: