For the fifth consecutive year, the world’s pre-eminent motorsports safety conference, the International Council of Motorsports Sciences (ICMS), will return as a part of Race Industry Week in conjunction with the 27th annual PRI Trade Show at the Indiana Convention Center, Dec. 11-13. 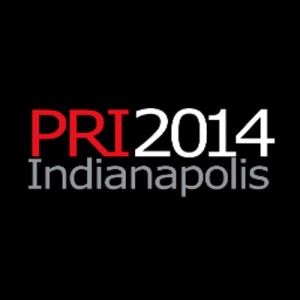 For the fifth consecutive year, the world’s pre-eminent motorsports safety conference, the International Council of Motorsports Sciences (ICMS), will return as a part of Race Industry Week in conjunction with the 27th annual PRI Trade Show at the Indiana Convention Center, Dec. 11-13.

The ICMS has met since 1988 to promote and correlate the research associated with the human interaction in motorsports safety and to help disseminate information related to performance and safety in motor sport.

“Holding the Annual Congress of the ICMS during Race Industry Week goes hand in hand with the PRI Trade Show,” said John Kilroy, PRI Trade Show producer. “Much of what the show entails is about making racers go faster. But speed has to go together with safety, and the ICMS has striven to take that to the next level in a variety of areas, including the safety equipment used by competitors, as well as in the precautions taken by the tracks and the personnel that staff them.”

Among the speakers will be Dan Marin, M.D., Chairman of The ICMS; and medical and safety representatives from the FIA, NASCAR, IndyCar, NHRA, AMA and the FIA Institute, as well as numerous others.

A full slate of sessions will include: The Physiological and Thermoregulatory Challenges Observed in Motorsport; A Study of Racetrack Noise Levels; Rehabilitation Training of a Driver After Injury; Dynamic Assessment of Head Injury Using EEG; Coordinated Vehicle Rescue Methodology for Rally and RallyCross First Responders; Considerations For Rescue and Medical Teams When Responding to an Incident Involving “E” Cars; Mobility of Race Physicians in Motorsports Including the IndyCar Experience; Drug Testing Procedures in Motorsports; Transient Quadriplegia/ Cervical Cord Neuropraxia; Circuit Debris and Catch Fencing Considerations for Protecting the Spectators; FIA Medical and Rescue Programs; Report of the FIA Rescue/ Extrication Training Program at Le Mans; Transfer of Technology/Best Medical Practices Between Two and Four Wheel Motorsports.

The conference will take place Dec. 10-11 and once again coincide with the opening of the PRI Trade Show on Dec. 11 to allow attendees to also attend the show.

Advertisement
In this article:ICMS, PRI