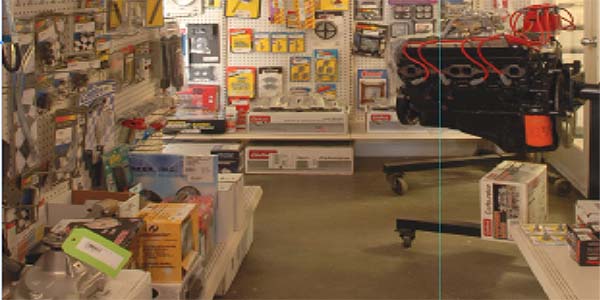 POP, or point of purchase. At the movies, buying popcorn? How about something to drink? At the supermarket buying detergent? What about bleach? The connection is fast and direct. Not completing it is missing a huge opportunity for any business. 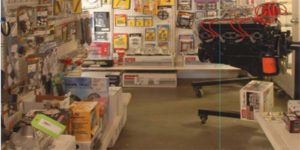 You want fries with that?” We’ve all been asked that, joked about it and asked others the same question. But that simple phrase typifies the most popular upsell in today’s culture. Looking around will show that the same basic principle is a standard in more sales transactions than ever.

The reasons for it are simple: POP, or point of purchase. At the movies, buying popcorn? How about something to drink? At the supermarket buying detergent? What about bleach? The connection is fast and direct. Not completing it is missing a huge opportunity for any business.

So why not for engine builders? Why not sell the equivalent of fries in secondary components when an engine is rebuilt, removed or replaced? Think of all the parts that directly (and even indirectly) relate to engines. All those engines need brackets, hoses, headers, pumps and wiring and more. They also need parts even further removed from the engine such as oil, brakes and tires. So why not from you? How can engine builders showcase and sell extra parts?

Kevin Frische, of Kalvinator Engine in Wapokaneta, OH services mostly dirt track racers. His engine shop also does at-track sales of parts and accessories for racers. Frische has a storefront aspect with a sales counter for customers who visit his shop but his at-track presence compliments the sales counter as well as his engine building shop and vice versa. So folks who may buy anything from Hoosier racing tires to Dzus fasteners at the track can come to the shop and buy related products such as caps, rotors, switches, rivets or something from the shop’s line of Schaeffer’s synthetic and conventional oil products. Some products are even designed for alcohol engines.

Bringing them into his shop opens up the dialog that often leads to sales of engines and engine work. Another direction has folks learning about Kalvinator at the track and then visiting the shop via their own experience as well as referrals. The more the shop can service the customer, the bigger the sales and relationships grow. How much? Frische says about 40 percent of his business comes from track and counter sales.

Servicing the track began years ago when Frische and his wife started taking two tote boxes of commonly used parts out to the local dirt races in a station wagon. These days, the operation has grown enough to require a dedicated box truck full of parts and supplies. The shop’s secret to success is that there are no set hours. Kevin says talking sales after midnight at the track is the same as being open at the shop; it’s all about listening to customers to learn what they need and want. And, of course, the flip side of that is educating potential customers on what his shop has to offer.

Adney Brown of Performance Crankshaft in Ferndale, MI, illustrates a different aspect of selling parts. Brown sells everything from ARP to Zex. Selling primarily to other engine builders, he specializes in crankshafts. While Performance Crankshaft is in a relatively new location and all his numbers are still establishing baselines, Adney says he has seen about 25 percent of his business come from selling parts. His success comes from shopping the warehouses that feed the industry and paying attention to which ones have the best combination of prices AND better inventories. Fast-tracking helps and many of Brown’s customers will have a part number in hand when ordering. While the obvious advantage is less time looking up those parts, it puts the responsibility directly on the customer for the right part. To further incentivize customers, Brown gives a discount if they order by part number.

In Greeley, CO, Bruce Yackey at Greeley Automotive Machine believes in having a good, solid parts offering. His shop dedicates about 600 sq. ft. to parts for its racing and performance customers and Yackey says he wishes he had more space for parts. Selling to hot rod, truck pull and racing customers, Yackey acknowledges that most engine shops suffer from lack of space. But for him, utilizing valuable space for a parts counter is well worth it. In fact, he suggests every engine shop should do it and even advocates selling parts over investing in a chassis dyno.

In Bruce’s case, many of the parts he sells are not directly for engines but more for building racers. Parts such as chassis brackets and tabs are used for fabrication more than just assembly. His most popular line of parts are plumbing parts such as AN fittings, lines and mounting brackets. He keeps an extensive plumbing selection for one-stop shopping. Customers will often show him a cell phone photo of the part they’ve already researched and he will usually have it on his shelves so the sale can be quickly completed.

Bruce points out his shop is a lot like stand-alone speed shops in that he can have a hard time making money just on parts because of the profit margins. Five years ago Greeley didn’t even sell parts. Now, they’ve grown to needing more counter square footage and parts sales now account for about 20% of sales. What’s his secret? Bruce says, “To be successful, it takes product and project knowledge. That’s what will separate us from mail order: we can get the customer the right part the first time.”

Dick’s Performance Shop in Urbana, OH is owned and run by Dick Bowsher. His layout is two buildings, one of which is the “dirty shop” and the other is the “assembly building.” Dick uses some small displays, but has no formal showroom.

Bowsher keeps his parts inventory small, showing mostly direct engine parts. His parts stock usually consists of build items such as cam bearings and gaskets. These are both easier to stock and sell for builds. For bigger parts and assemblies that are more job oriented, like pistons, rods and stroker kits, he orders out and shops sources.

The breakdown between engine work and parts, Dick points out, mostly depends on the build. In fact, he says two-thirds of the final bill depends on how the build is directed. Street/strip builds, a big seller for Dick’s, typically account for 45 percent of parts.

Dick’s is a Mopar specialist shop and 80 percent of its business represents that brand. Bowsher says he’ll work on GM and Ford but being known for Mopar generates a lot of out-of-state work. History is on his side as well – the first Dick’s was in existence from 1965-’71. Bowshe says he got out of it when the muscle car stopped being popular and government regulations and insurance slowed down that market. However, he got back into it more than 20 years later in 1994 and turned the business back on at full speed.

Bowsher measures success with three things. “One is not tie up customers with their builds forever. The second is I wanted to be reasonably priced. I sell parts for 5 percent under what the bigger parts places sell. I also offer all the assembly information to my customer,” he says.

In addition, Bowsher always tries to talk with new customers and learn what they want. He’ll typically spend an hour doing so, talking about expectations and giving the facts on what they want to build. Will it actually work for them, is it the right direction, will it be practical? “I want to give them what they want but I want to be honest with them,” he says.

R&L Engines has been around for 40 years in Dover, NH, and Leo Crositiere has had a parts counter for all of them. These days, it is about 500 feet long and resides within the parts department where three people rotate sales duties. The bulk of parts sold are hardware related to engines. If a set of heads is sold, lifters, rockers and other head-related hardware are sold too. The other part of R&L is service, often doing machine work for other shops. Over 40 years, Crositiere says, his shop has serviced all the automotive markets from drag to oval to antique. In fact, they still build Flatheads.

Leo says success doesn’t come down to just one thing. “It takes many things, but the two biggest are good planning and perseverance. Staffing helps as well.” R&L has seven skilled people and Crositiere says understanding margins, profitability and just working with customers to know how a job will bottom line helps keep wasted time to a minimum.

Parts not related directly to engines are always going to sell. Your colleagues in this industry are doing it – take a look around and see who is doing it well.

Advertisement
In this article:business and management, parts sales, Profits