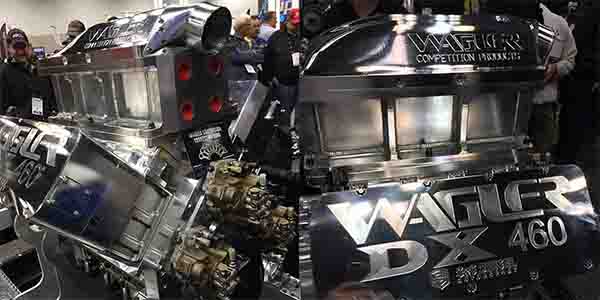 Most of this Wagler DX 460 engine from head to toe gets brought in on pallets of aluminum and is machined into a complete engine. With hours upon hours of engine design and development Jeremy Wagler has this DX 460 engine singing to the tune of 2,500 hp.

When Jeremy Wagler finished high school, he didn’t head off to college or take a year to backpack across Europe. Instead, he took his talents in the automotive industry and turned them into an immediate career.

At just 19 years old, Wagler opened an automotive repair shop, which he ran for 10 years before he started to buy up CNC equipment to begin developing engine parts. It wasn’t long before he developed the first aftermarket Duramax cylinder head, and Wagler Competition Products was born. 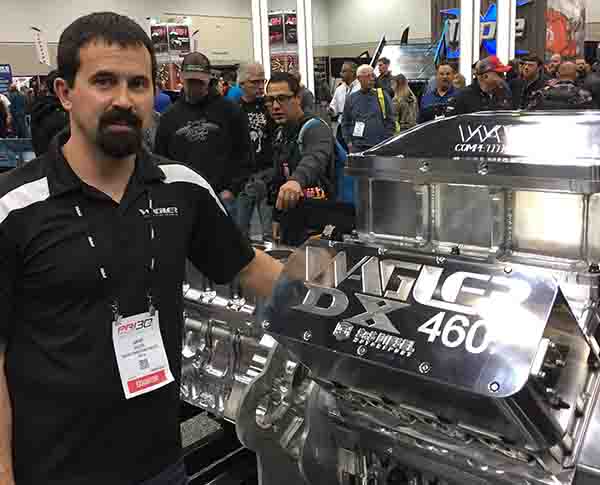 WCP also does Cummins work and makes parts like billet cylinder heads, cams and roller rockers. Two years ago, Wagler also bought out R&R Connecting Rods in Illinois in order to start making his own connecting rods for diesel applications and aluminum rods for the DX engines. That company is now called Wagler Connecting Rods. 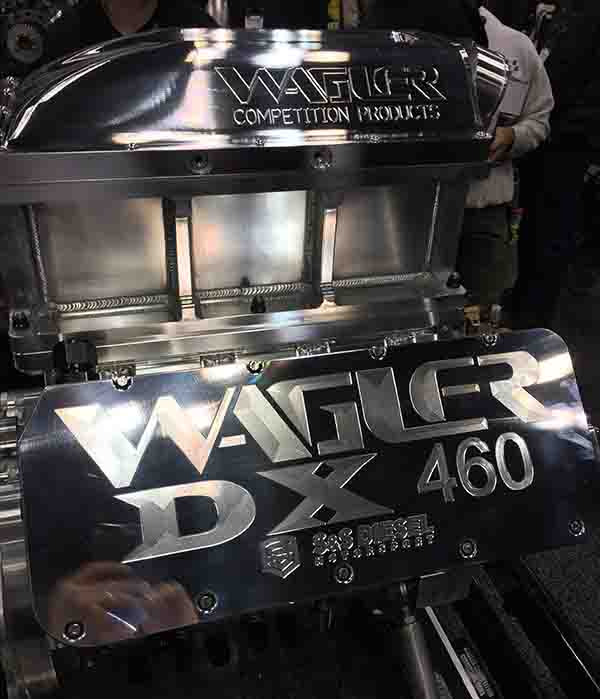 Part of the reason Wagler, which has 12 employees, is ready to expand is because the shop puts out some quality engine work and gets results. Jeremy was recently named the 2017 Diesel Engine Builder of the Year by Engine Builder magazine and Federal-Mogul Motorparts just ahead of the 2017 PRI Show on December 6.

Wagler even had a booth on the show floor where a gorgeous, billet aluminum Wagler DX 460 engine was on display. It’s their version of the Duramax. 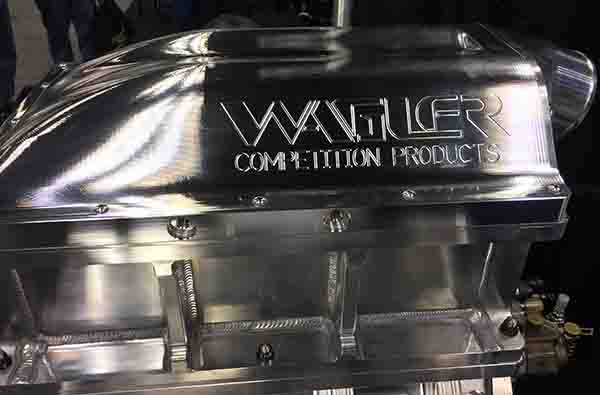 What also separates Wagler from others is what his shop is capable of doing in-house, which is to say pretty much everything.

“Everything is done in-house from the block, cylinder heads and connecting rods, to the oil pan and the intercooler on top,” he says. “We build our own rocker assemblies for these too, so the rocker arms are designed and built in-house. Basically most of the engine from head to toe gets brought in on pallets of aluminum and machined into a complete engine.” 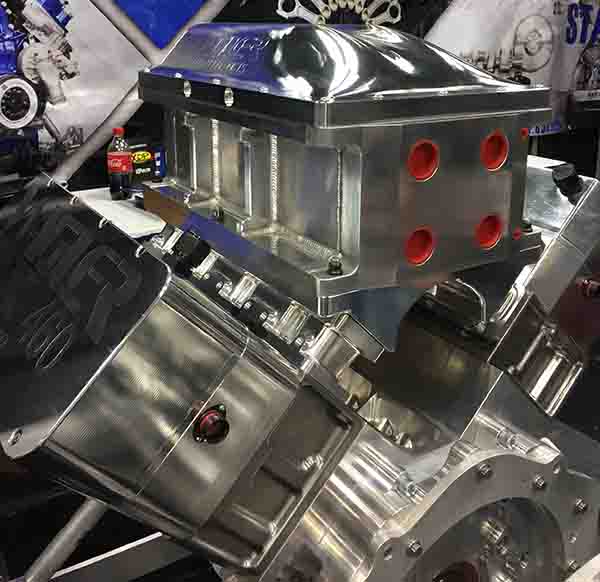 Wagler built the cylinder heads on this particular engine out of ductile iron for the high temperature. Like the aluminum, it starts as a solid chunk of ductile iron.

“We machine everything into it,” he says. “We put the valve seats and everything machined into it so there’s no valve seats to fall out or anything like that. The guides are built in the same way. The tall valve covers house the rocker arm assembly and all the injectors, so it has a feed rail coming out the front and a return and the connector on the back is for the electronics going to the Bosch ECU. Fluidampr also designed a neutral balance damper for us to go along with the higher RPM diesels.” 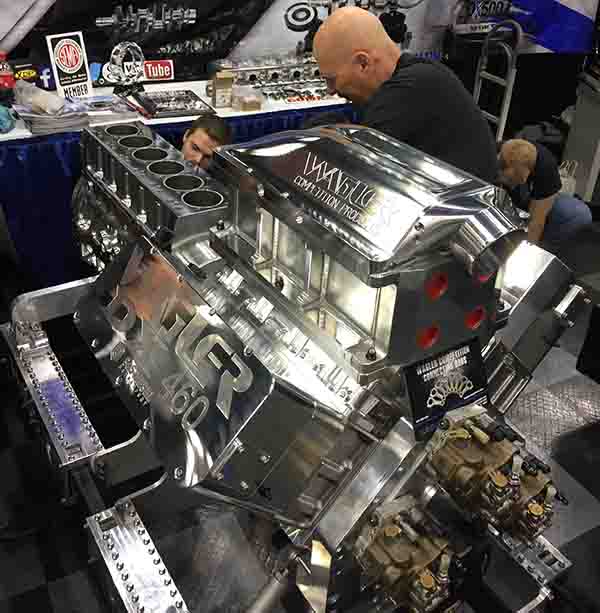 Wagler does use outside parts as well. The 460 DX features a COMP Cams camshaft with COMP roller cam lifters, a Winberg crankshaft, Ross Top Fuel pistons with a Wagler bowl design, S&S Diesel supplied the CP3s, injectors and the Bosch 15.1 ECU to support the fuel side of the engine. The 460 DX also has Victory valves, Pac springs, Cometic gaskets, Trend wrist pins and push rods, Manton roller bridges, and a Waterman CP3 delivery pump.

This engine is going to be used in the pulling truck circuit up in Canada and in the Lucas Oil Pro Pulling circuit. Like all of Wagler’s engines, this one took hours upon hours of design time, and roughly 200 hours of machine time. 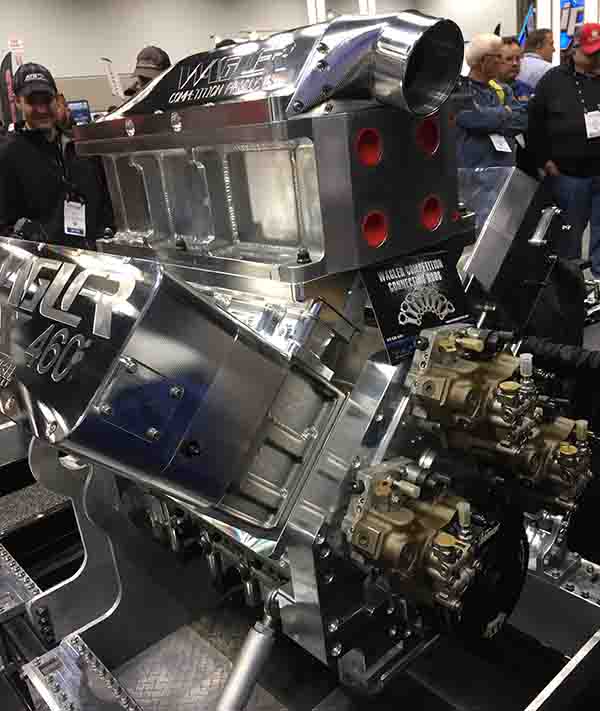 “Basically we just took what we learned over the years on the Duramax factory blocks and turned it into a billet block/monobloc where we can repair as needed,” Wagler says. “It starts from ideas and failure points of stock, factory stuff and it leads into more heavy-duty, severe-duty engine development.”

That devotion to developing a better engine means the Wagler 460 DX, which is water to air-cooled, puts out 2,400 – 2,500 hp running a single charger in a truck pulling application or super truck application. The engine has a 13:1 compression ratio and delivers over 4,000 lb.-ft. of torque.