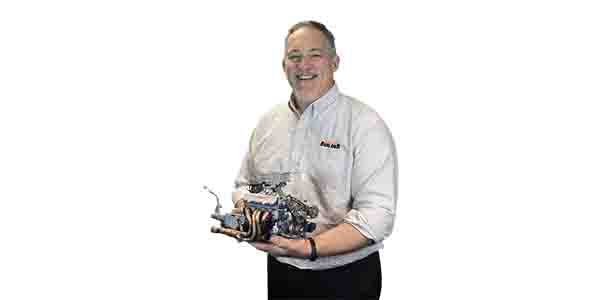 We recently added three new members to the Engine Builders of the Year Hall of Fame during a reception prior to the 2017 Performance Racing Industry Trade Show in Indianapolis.

By the time you read this, the tradeshow season will have come and gone and you’ll be well on your way to planning for the 2018 racing season, getting your farm customers ready for planting season and taking frantic phone calls from the customers who dropped off their restoration project for you to “work on when you get a chance.”

John Debates of Auto Machine, Jeremy Wagler of Wagler and Matt Dickmeyer of Dickmeyer Automotive Engineering were on hand to accept prizes and accolades from Engine Builder readers, advertising partners and past Engine Builders of the Year. You can read about Matt Dickmeyer’s dedication to his business in this month’s issue; the other winners will be profiled in upcoming issues.

We also announced the winner of our Engine of the Year contest, selected from our extremely popular Engine of the Week newsletter sponsored by Cometic Gasket. In a contest that showed the commitment and dedication to and appreciation for social media, Gregg Dahl and his S&S-Based Evolution V-Twin engine won in a closely fought battle edging out a Kaase Boss Nine engine. 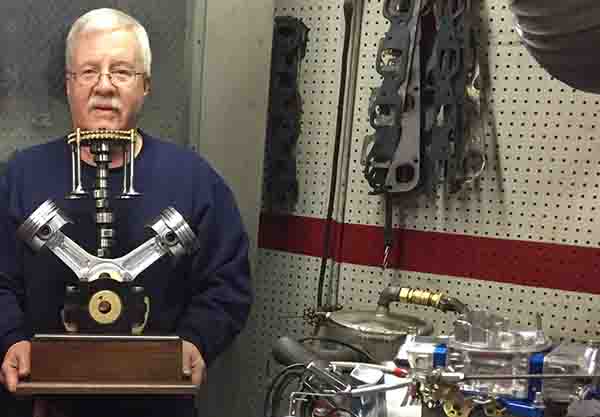 As I mentioned, some of our past Engine Builders of the Year were in Indy with us to offer handshakes to all of our winners – but one of them was there with even more.

Ray Banyas, from Victory Engines in Cleveland (our 2016 Vintage Engine Builder of the Year) went above and beyond the call of duty with a special trophy for our Engine of the Year contest. But I think it was all in a day’s work.

Here’s what happened: “Ray,” I said to him offhandedly one day, “I need to get a little trophy for a contest we’re having. You know, something simple we can present to the winner of our Engine of the Year contest. Any ideas where I could find something?”

The next thing I knew, Ray (pictured) was inviting me to join him in his shop to help assemble our “little trophy.”

How many times have your customers given you an open-ended invitation to just build what you want to, trusting that you can figure out what they need? Ray’s newest creation may not set any speed records but by my calculations it is definitely a champion! I told him that if this engine building thing doesn’t work out for him, he has a certain career as an artist!

Of course, in essence, that’s what all of our readers are: true artists at their craft. We at Engine Builder congratulate all of our winners and thank all of our sponsors for participating with us in our contests this year. We look back on an exciting 2017 and wish all of you a very Happy New Year. Even if we haven’t awarded you a trophy, you’re all winners in our book.