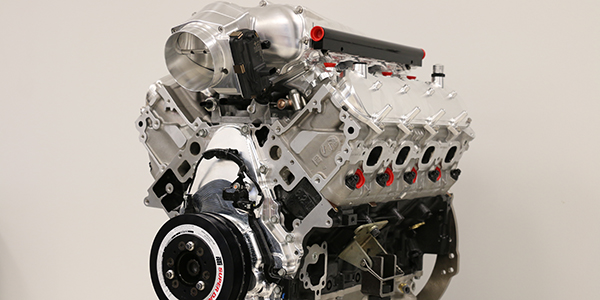 Late Model Engines in Houston is powering a lot of the highest horsepower, fastest LT engines in the world. Expecting to be added to that list, a recent customer came to LME with a 2017 Camaro and its LT1 engine. In turn, shop owner Bryan Neelen delivered this rebuilt 440 cid LT1 that will fly down the drag strip and make grocery runs.

Along with a good high school friend, Bryan Neelen spent much of his school days tinkering on cars as a hobby. Like many of us, Bryan had to “grow up” and decided to attend a community college in upstate New York. However, it wasn’t too long before the automotive industry was pulling in him back in.

“I was going to a community college up in New York and [my friend] was telling me about this idea of coming down [to the School of Automotive Machinists in Houston] to build race engines and I just thought that was awesome and something that we’re passionate about and wanted to learn about,” Neelen says.

“I quit the college thing and came down here and really took a liking to it and really just put everything into it as far as spending the amount of time in class. I spent morning till night up at the school and I just took it all in, and then got a job here in Houston at a performance machine shop doing a lot of circle track-style engines and big cubic inch nitrous engines.”

At SAM Tech, which is what the School of Automotive Machinists is now called, Neelen met a guy named Pecos Loughlin, and the two hit it off and became friends, but they also had an entrepreneurial spirit in the sense that they starting to do side work through the school at night. 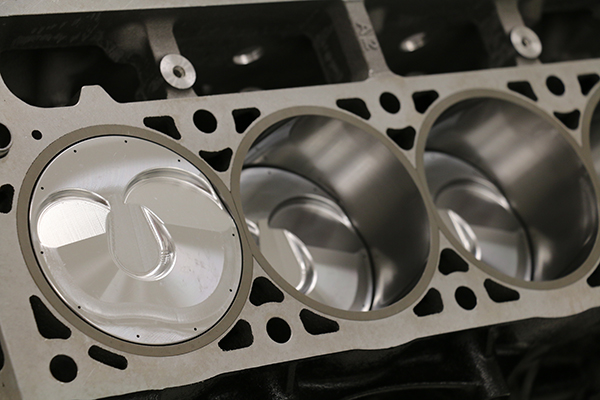 “We quickly evolved to where we had our jobs and we were getting enough side work that we rented out our own space,” Neelen says. “We would go to our day jobs building engines and then we would moonlight at night porting cylinder heads. We did that for almost three years, and built up enough equipment and clientele that we decided to go out on our own and that’s when we started Late Model Engines in late-2003.”

At that time, one of the other things that gave Neelen and Loughlin more incentive to start their own business was the lack of CNC machines at their employers’ facilities. 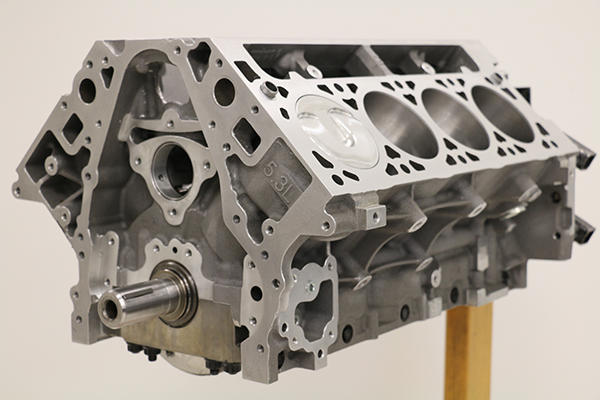 “They were more old school in their thoughts and ways and they were just established and not into learning and we were young and gung ho,” he says. “We understood and realized that CNC was really the present and the future of this industry. If our employers aren’t going to realize that, we needed to go out on our own and just buy our own machines.

“We literally started with absolutely nothing. We did a bunch of cylinder heads, did this, sold that and bought a piece of equipment. We worked up another chunk of money and bought another piece of equipment. It wasn’t like we just took out a big loan and said, bam, we’re in business. We just built it up slowly. It was a process.” 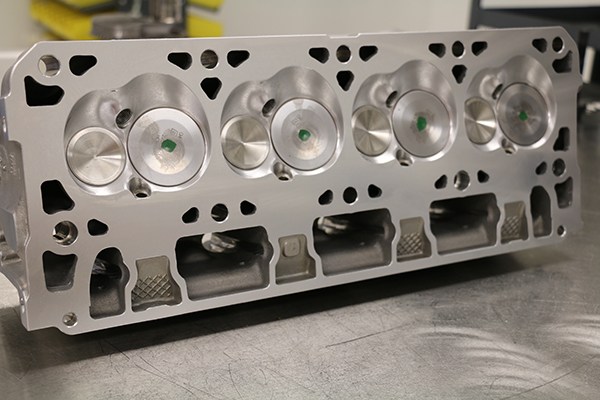 “Fast forward to a year ago, we moved into a new facility,” Neelen says. “We were in 5,000 square feet and we’re now in 17,000 square feet. We’ve got 11 guys total – myself and my partner and nine other guys. We don’t work on any vehicles, just the engines. We really have an excellent, excellent crew. We’ve got guys that have multiple NHRA championship titles to their name, as far as our engine builders go. We have incredible cylinder head porters. We do all our own five-axis CNC machining of the cylinder heads and all the digitizing port development in-house. We do all of our billet intake manifolds and valve covers. We’ve got multiple Haas four-axis CNCs. We’ve got a 50 taper four-axis that we do our block machining on, and we also have a SuperFlow EFI engine dyno.” 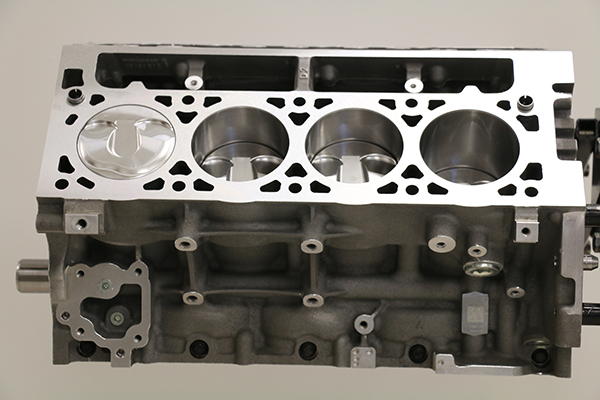 Late Model Engines (LME), which is located in the Houston area, specializes in late-model, domestic, V8 and V10 engines, with a large focus specifically on the LS and new LT engines. The shop will also take on occasional Viper, Ford modular and Hemi work as well.

“Like our name says, we specialize in late-model engines – that’s what we do,” he says. “But 90 percent of our work, even 95 percent, I’d say, is still all LS and LT. We’re powering a lot of the highest horsepower, fastest LT engines in the world. 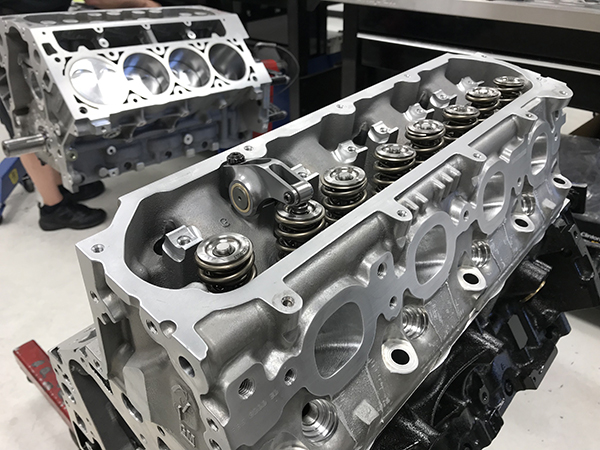 To prove that the shop is pretty hot and heavy building LT engines, LME recently finished up a 440 cid LT1 engine for a 2017 Camaro that will be streetable, but come race day on the drag strip, it can lay down a mean run. 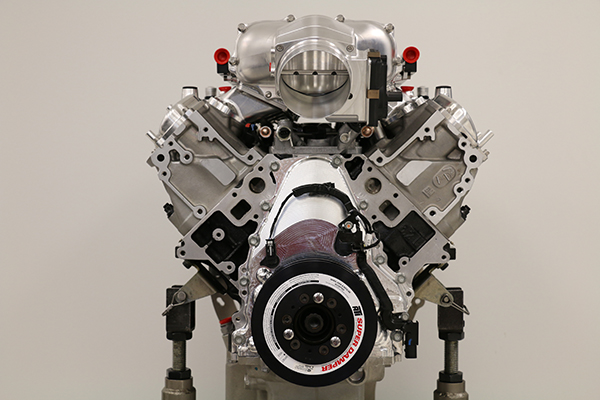 “The engine is direct injection and is a naturally aspirated piece with 14:1 compression,” Neelen says. “The customer is going to use it on E85 fuel.” 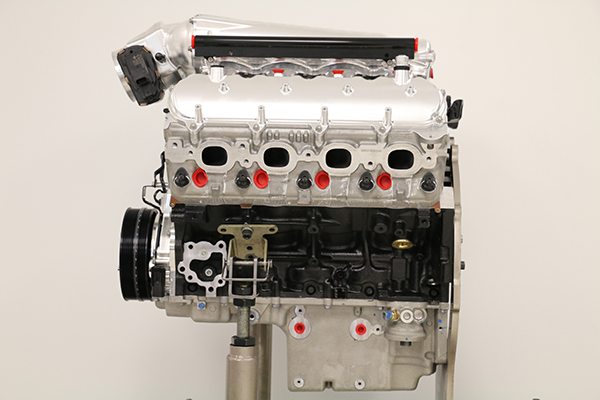 “The customer came to us looking for a naturally aspirated LT1 engine,” he says. “To start, the customers pulled the LT1 engine out of the Camaro and sent it to us. We sleeved the block with Darton sleeves so it’s a 4.185˝ bore and we ran a 4˝ stroke Callies crank and 6.125˝ Callies rods and custom Diamond pistons.

“We put a nice .043˝ gas-ported Total Seal ring pack in it. We did a solid roller valve train on it, a Cam Motion billet core camshaft with a 33 percent fuel lobe with .750˝ lift and .250˝ at 50 on the intake duration. We ran a set of T&D roller rockers and PSI springs, titanium retainers, machine locks and locators. We use Clevite bearings in all of our engines, and we ran large bore Cometic head gaskets on it.” 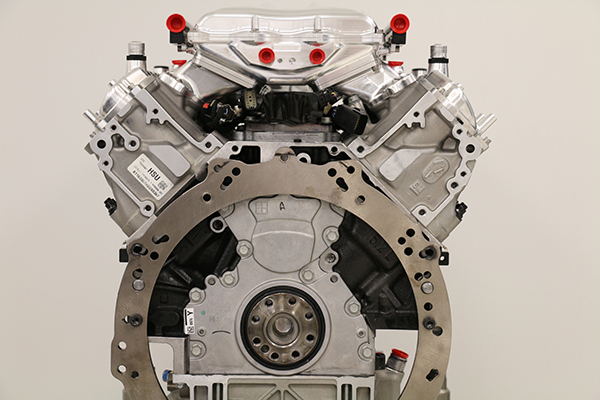 The engine also has LME’s CNC ported, big valve head – the shop takes the production LT1 cylinder head and replaces the intake seats with larger intake seats – the exhaust seats are left in.

“We run a 2.200˝ titanium intake as opposed to the 2.125˝ stainless intake valve from the factory,” Neelen says. “Then, we CNC port the intake exhaust and chambers and hand blend that all in. The heads are pretty killer.” 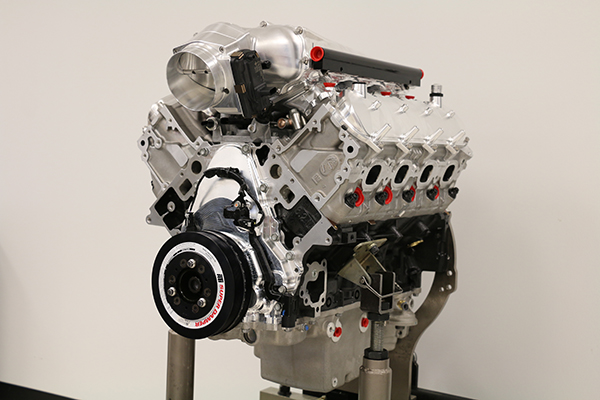 This engine uses a production block, production oil pan and production cylinder heads. Everything else is changed out. The 440 cid LT1 engine does feature a couple of LME’s own products too. The shop deletes the variable valve timing on the engine because the phasers can fluctuate at higher rpm and higher boost levels. Once the VVT is gone and that phaser is eliminated, LME runs an LSA engine single-bolt cam gear. The shop also designed and machined a billet front cover for this engine for a wet sump application. What that does is it puts the cam sensor in the correct location.

“One of the features of our front cover is it has an o-ring that goes on the back of the front cover as well as on the bottom where it would seal on the oil pan so you don’t have to use silicone to install it, which is nice if you’re changing cams,” he says. “The engine also has our billet valve covers on there, which clear the aftermarket rocker, and it has two -10 breathers incorporated into it for adequate crankcase evacuation, and our billet intake manifold that’s set up for secondary injectors.” 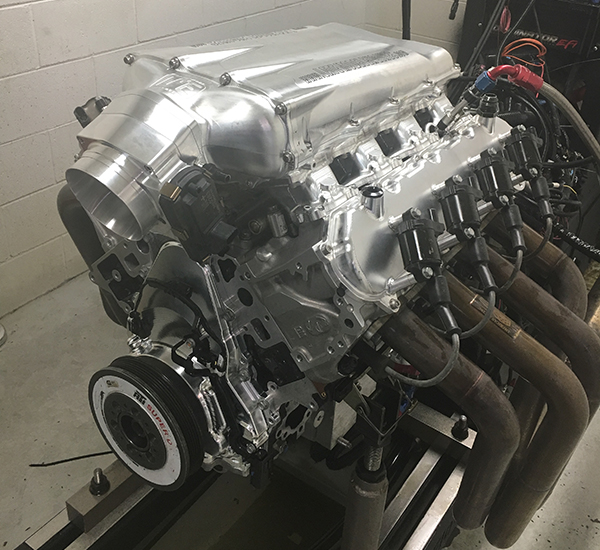 All said and done, LME put a real beefed up valve train in this engine, and the airflow from the intake manifold and a killer set of heads is where all the power potential of this engine is coming from.

“This was a pretty straight-forward build, but there was a lot of time put into the cylinder heads,” Neelen says. “The cylinder heads are the biggest contributor to the power, however, with any engine, it’s the whole entire combination that needs to work well together.”

331 cid Gen I Hemi Engine
Connect with us 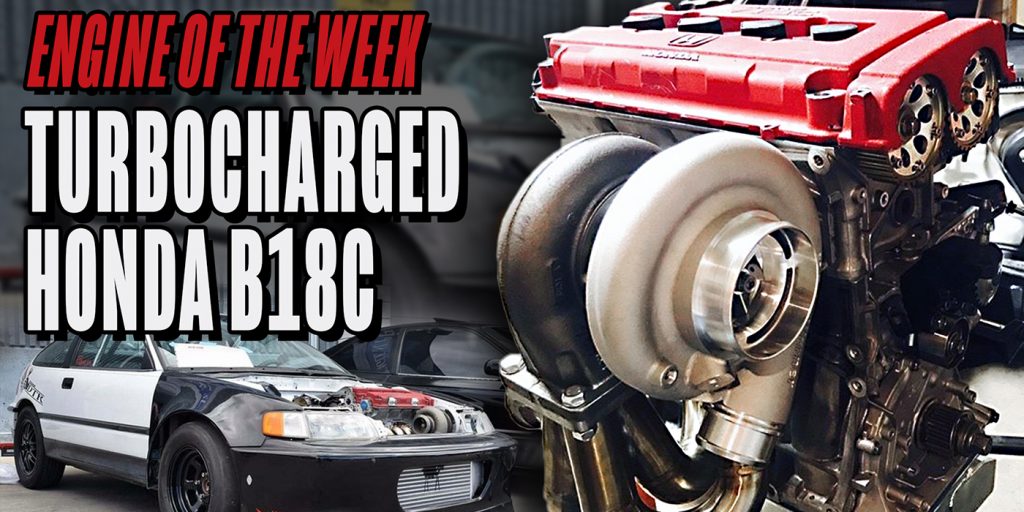 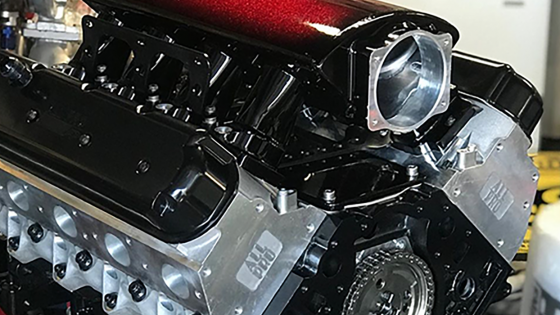