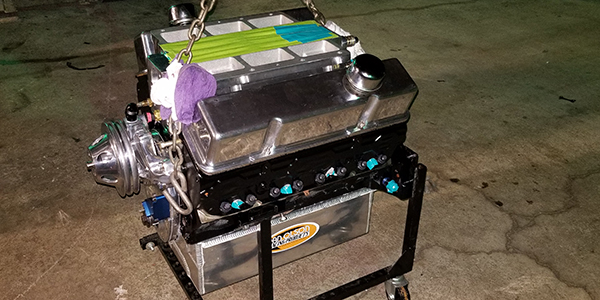 Having been in business since 1991, Eddie Miller knows a thing or two about engine building. His shop, The Engine Works, is based in Port St. Lucie, FL and can lay claim to being one of just a few overall winners of Drag Week.

Miller is a second-generation engine builder following in his dad’s footsteps, but certainly carving his own path. The Engine Works at one time had as many as 12 employees and 8,000 sq.-ft. of space. However, today, the shop is just Miller and a second employee operating out of 4,000 sq.-ft. The shop’s work focuses on a mix of everything, but tends to see more performance work than anything else.

“I’ve backed off a little bit on the racing stuff and do a mix of everything now,” Miller says. “Out of my shop runs the fastest, naturally aspirated, pump gas, streetcar in the world. It ran mid-8s at 160 mph on 93 octane. I’m also one of six or seven overall winners of Drag Week.”

Accolades aside, Miller loves what he does and has made life-long friends in the industry. One of those friends had Miller build an engine roughly 16 years ago ­– a 413 small block Chevy – that only recently needed to come back for a freshen up. 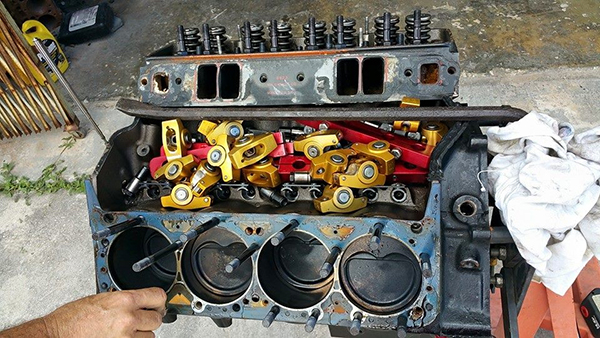 “Right now I’m working on a 413 cid small block Chevy with a Dart Iron Eagle block and heads,” he says. “The engine is one I originally built 16 years ago for a friend of mine, and now we’re going through and making some changes – switching it over to E85 Holley fuel injection and a new billet Blower Shop 871 blower. We’re also going to an aggressive hydraulic roller camshaft from a solid roller.”

After 15 years of running this engine, it had racked up the miles. Plus, the customer had a roller go bad, making the freshen up necessary. 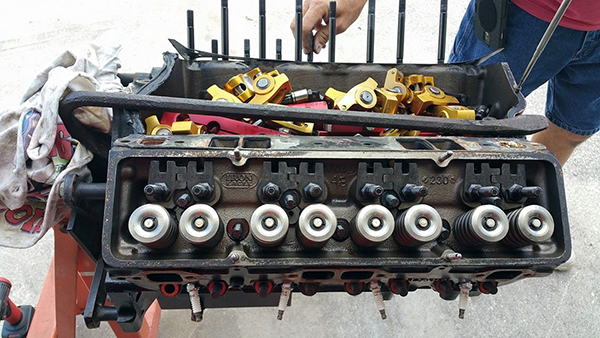 With the engine apart, Miller found he could polish and clean up the original Lunati 3.750˝ stroke crank and Crower 6˝ rods to be reused. He was also able to do some standard head work to get the Dart Iron Eagle 230cc cylinder heads like new again. He rebalanced the rotating assembly and added a big wrist pin to the set up.

The Dart Iron Eagle block used for this engine, originally had o-rings in it, so Miller cut .030˝ off the deck and took those out. Miller also decided to go a little over on the bore, which meant the engine would need new, custom Bill Miller pistons and custom head gaskets from Cometic. 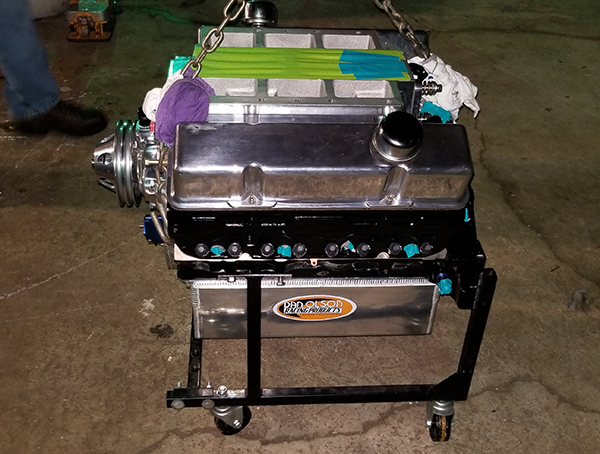 “I cut the o-rings out and we went to the new Cometic MLX 4.200˝ bore head gaskets, which were actually custom made for us because it’s not a gasket that they regularly produce,” Miller says. “The center shim is double folded over to add more pressure and more load around the fire ring.”

The 413 small block also got Total Seal gapless tool steel rings and a custom ground COMP hydraulic roller cam put in it, which is pretty aggressive. It also has a set of Morel short travel lifters that are for aggressive combinations. 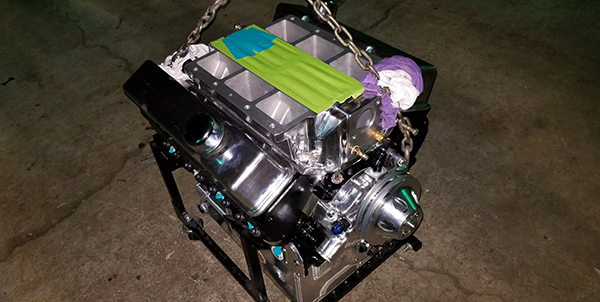 To round out the new parts put in the 413 SBC, Miller used Ferrea valves, PAC springs and retainers, Scorpion rockers, an 871 Blower Shop blower and a Blower Shop 16-injector plate, and Clevite bearings.

“It’s all being controlled by a Holley HP EFI,” he says. “My personal car is sponsored by Holley, but that’s not why I run a Holley. I run it because it’s been really good stuff for us, and the support has been amazing.”

According to Miller, 16 years ago, this engine made 700 horsepower. After getting rebuilt by The Engine Works, this engine should now be making 1,000 wheel horsepower with a 9:1 compression ratio.

“That should not be a struggle,” he says. “Originally on 13 lbs. of boost with the old blower on it we made 700+ horsepower on pump gas with less compression. Now on E85 and turning the boost up another 10 lbs., it’s over 1,000 horsepower at the wheel.” 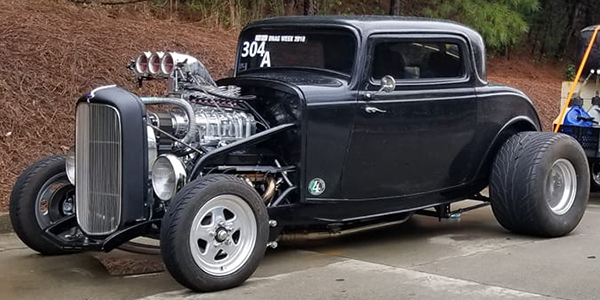 “You would generally expect to see a ’32 3-window coupe just cruise to car shows,” Miller says. “Not this engine. It’ll be capable of driving to the track and run quick enough for mid-8s and then drive home. Something like that you just don’t expect it to go to the track and run numbers like that in the same trim that it drives to the car show in. It’s not just a bunch of shiny aluminum and billet. We’re all about function over form.” 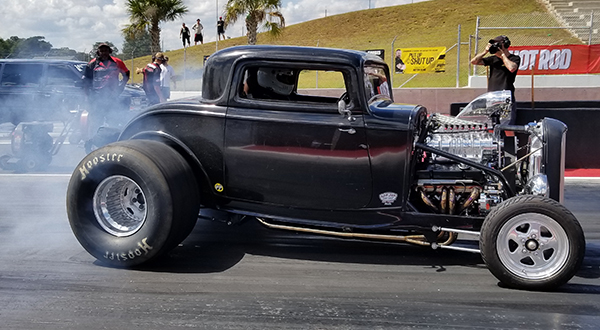 With the rebuild on the 413 cid small block Chevy done, Miller expects it should outlive him and his customer. That means a lot more Drag Weeks!