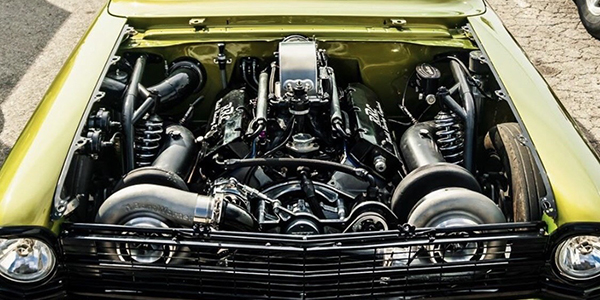 Despite growing up with a love for engines and cars, Michael Rudd became a commercial pilot and later held a job working on drilling rigs – but neither of these professions were truly what he had a passion for.

A few years ago, when oil prices took a dive and Rudd was left without his drilling rig job, he realized he was at a crossroads. He could wait for his oil job to come back, or finally take a leap into something he had always wanted to do – start an engine shop.

Having learned to love engines from being around his father’s hot rods, Rudd turned to his dad for guidance and outlined his business plans to his parents over lunch.

“I always wanted to have my own business and I wanted it to be something I enjoyed doing,” Rudd says. “Over lunch with my parents one afternoon, I threw out the plan to my dad about what I was thinking. My dad is a guy who if he starts something he’s going all in or not at all, and with the best possible equipment he can do it with. I took that jump into something I had wanted to do, but previously didn’t have it in me to start, and here I am with a business now of almost four years and with state-of-the-art CNC equipment. It was all worth it!” 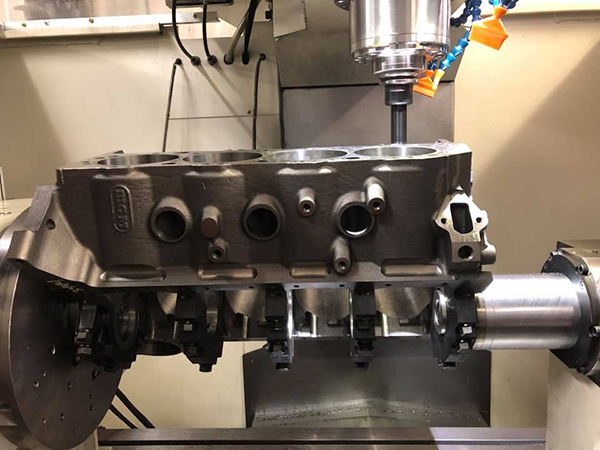 Rudd’s leap of faith resulted in him opening Rudd Racing Engines in Ardmore, OK about three and a half years ago. The machine shop features 4,500 sq.-ft. of space and is capable of doing everything in-house with the exception of grinding crankshafts and porting heads.

“Everything else we do in-house including dynoing engines up to 2,500 hp and 15,000 rpm,” Rudd says. “The shop is me and two other employees, and my dad will also come to the shop and help out every now and then.” 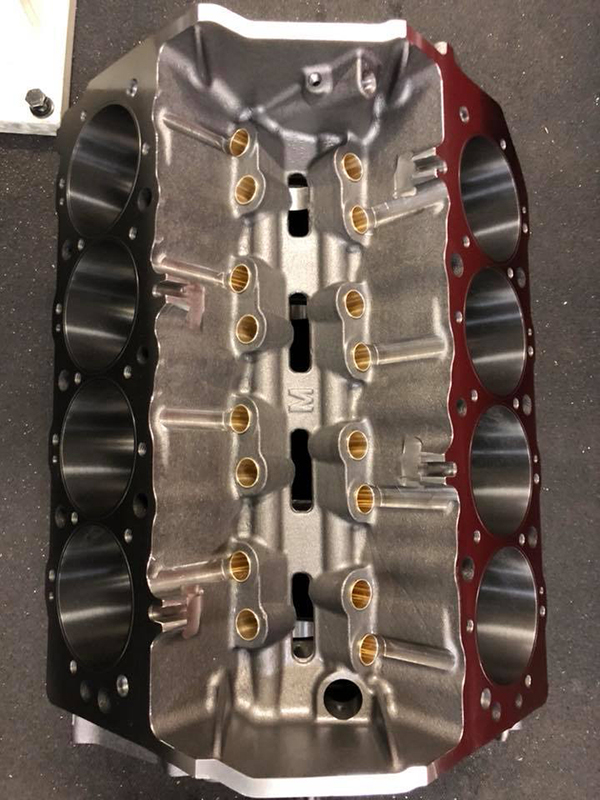 Rudd Racing Engines will work on just about any engine the shop’s customers want with the exception of diesel engines. The shop’s main customers are bracket racers, NHRA, dirt track, grudge racers, mega trucks and offshore boat engines to name a few of the regulars.

As the shop gained customers and completed jobs, Rudd would post his work online to help spread the Rudd Racing Engines name even more. 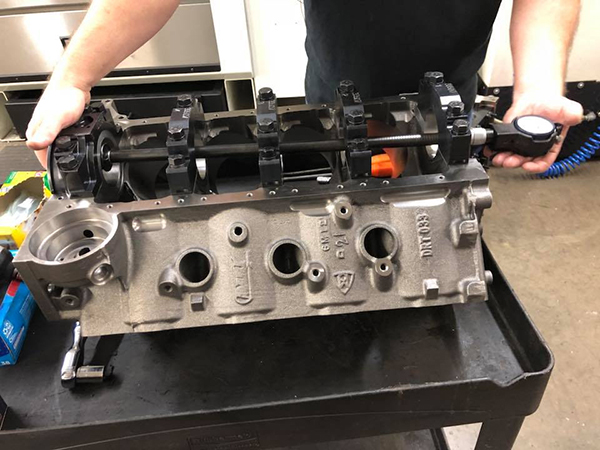 “I just wanted to grow as fast as I could because not only did I have my whole savings on the line and had given my word to my father that I would go through with this if he helped me, I also had a new little boy on the way with my fiancé,” he says.

With pressure mounting, it wasn’t long until Rudd came found a potential customer who could really give his shop some attention with a build people would envy. However, being a new shop, the customer initially took his engine elsewhere. 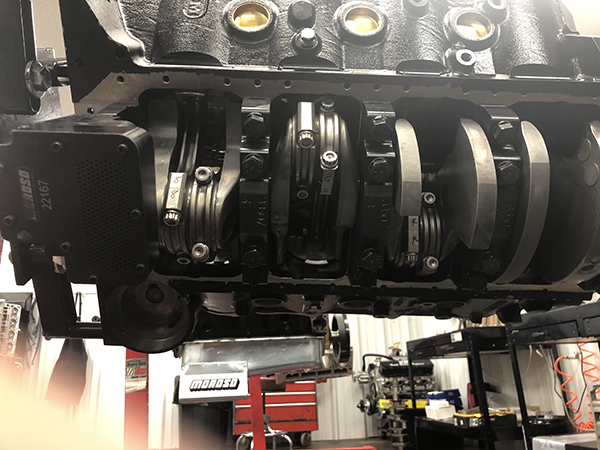 “Before Chris came to me, he had his twin-turbo 540 cid big block Chevy engine built by another company,” Rudd says. “However, when Chris had the engine dynoed it ended up throwing a rod after making 2,094 hp and 1,551 ft.-lbs. of torque under 30 lbs. of boost. If you know anything about engines, you know that something coming apart at 8,200 rpm under that much of a load isn’t going to have much left of it. I found out about this happening and got in touch with Chris about giving us a chance at the build and he agreed.”

Rudd met Chris through an old business partner, and despite Chris likely being a little iffy about entrusting his 540 cid big block Chevy engine to a relatively new engine shop, Michael and Chris hit it off and Rudd Racing Engines began doing Chris’ machine work. 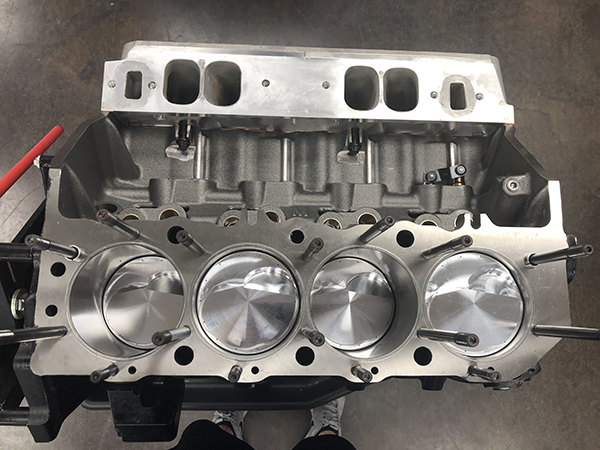 “What helped lure him in was our facility – it is very up-to-date with technology and machines and we always try and keep it very organized and clean,” Rudd says. “On top of that, our turn around times for machine work blows a lot of other race shops out of the water, which helped us get our name in the racing world a lot faster because time is money and racers don’t like to wait!”

After tearing down Chris’ old engine to try and find salvageable parts, Rudd found the only thing that was left to use out of the long block was the casting of the heads, which needed a little work done, but could be used. He also found that the engine’s clearances were way too tight and the rods were never going to hold the horsepower Chris was wanting out of the engine. There was also no radial clearance on the valves and the camshaft looked like it had been designed for a high-revving naturally aspirated engine. 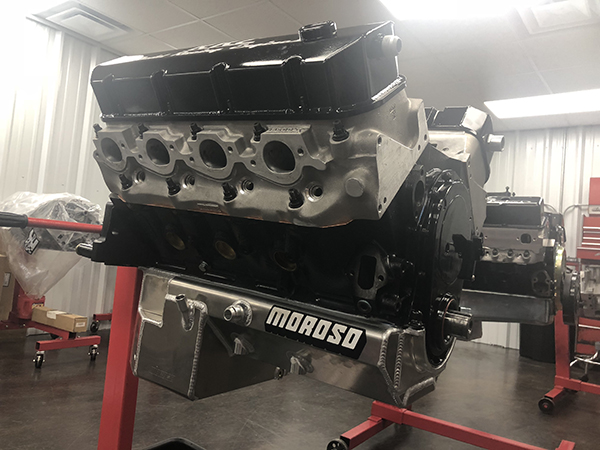 “It was just one mind blowing find after another,” Rudd says. “We had to basically come up with a new build and design that we knew would not come apart and would stand up to the abuse he was about to try and give it with twin 88mm Borg Warner turbos. Chris wanted a streetable grocery getter capable of 2,000-3,000 hp. We went to the drawing board and took what we knew had worked from previous builds and started putting it together.” 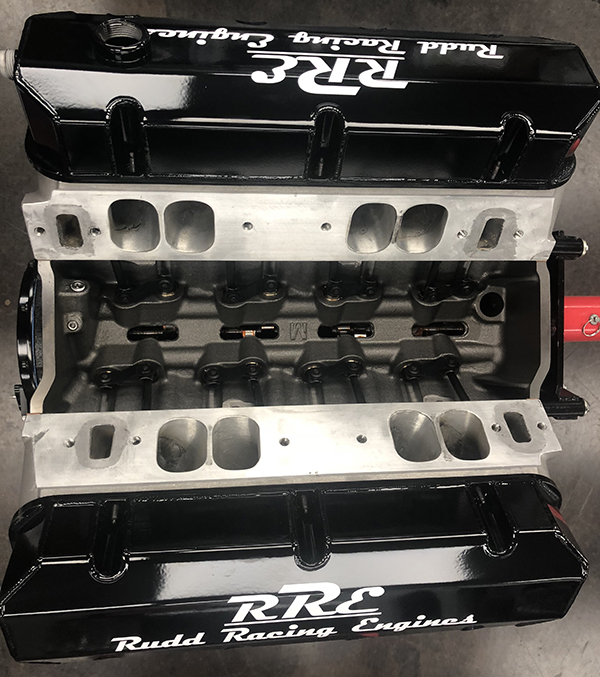 “Once we had the parts designed and in-house, we began precision balancing the rotating assembly and doing all the custom machine work to the block such as blueprinting lifter bores and cylinder bores, opening up the lifter bores to except a large diameter lifter, o-ringing the block, doing a four-step CNC diamond hone job, doing multi angle valve jobs, and setting up spring heights to exact height to give us the pressures we wanted,” he says. “Everything was gone over with a fine-tooth comb, as we do with all of our builds.” 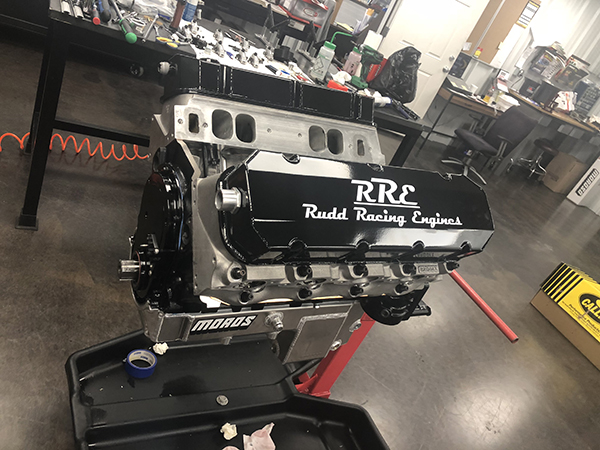 “That was 1,900 rpm and 8 lbs. of boost less than Chris’ last engine, but we made 437 ft.-lbs. of torque more with almost an identical horsepower number,” Rudd says. “The engine is capable of that and more, and can even do the 20-mile drives the true street class makes drivers do to be eligible to compete in races. Chris is putting this engine in a beautiful Nova.”

Now that Rudd has had a few years to get used to running his own engine machine shop, he wouldn’t change it for the world.

“We love what we do and who we do it for, and there is nothing better than getting to hear the positive responses from our customers,” he says. “But where it really counts is at the track and we have been lucky enough to have a lot of good drivers running our engines and putting themselves in the winner’s circle!”