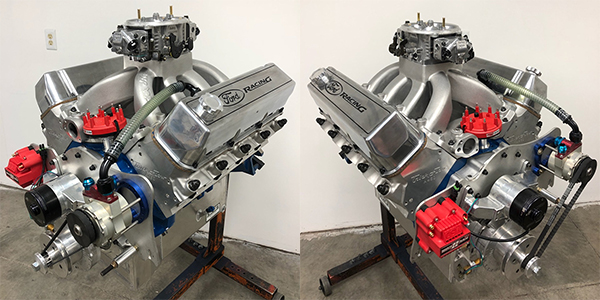 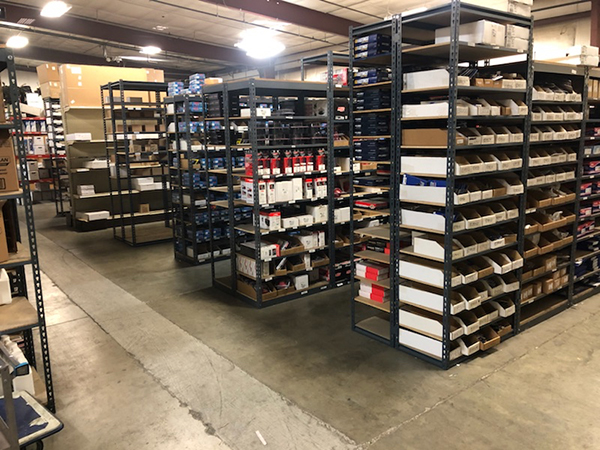 “We’re not just a machine shop,” says Chris Carlson, sales manager for CNC-Motorsports. “The machine shop is only about 15 to 20 percent of all of our sales. Everything else is $2-$3 million worth of individual parts that we sell – cranks, rods, pistons, etc. The machine shop really is a small portion of what we do because we can only make so much stuff a year, but the big portion is actually our part sales that we do on top of the engines. For that reason, we can build engines for less because we’re at the deepest level and we can pass the savings on. Other shops have to buy parts from somebody like me and needs to charge a little bit more.” 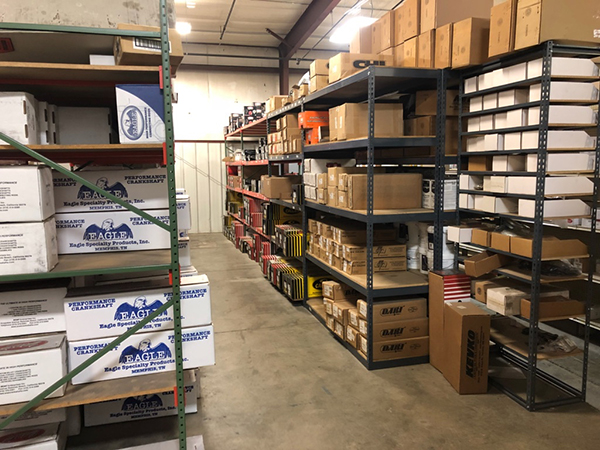 Carlson comes from an automotive background and jumped at the chance to work for CNC. He started at the shop in 2007.

“I’ve been into cars and racing ever since I was a kid,” Carlson says. “When I was 14 or 15, I actually got into enduro racing, and that translated into redoing engines. I came to South Dakota for college and when I graduated I went to work for the guy who started the machine shop here at CNC-Motorsports.” 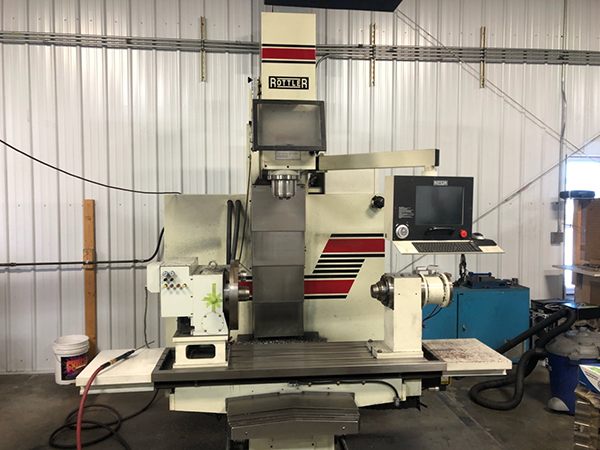 CNC-Motorsports focuses on high performance engines, but will do stock rebuilds too. No matter what the build is, everything gets the exact same attention whether it’s a 300 horsepower stock engine or a 2,000 horsepower race engine. CNC-Motorsports will do engine work for all applications. 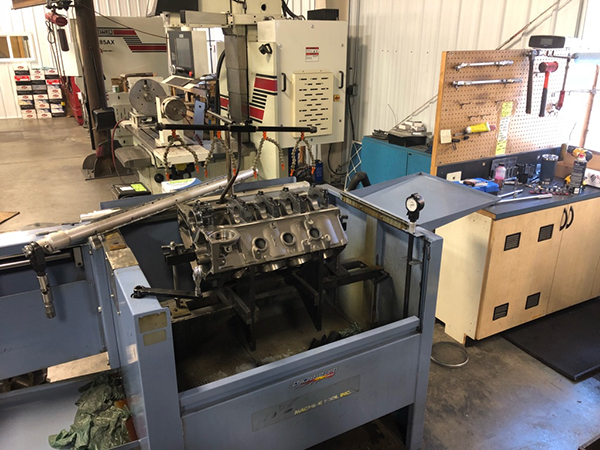 “Something that makes us a little bit more unique is we don’t necessarily specialize in anything besides domestic V8 engines,” Carlson says. “We don’t specialize in circle track or drag racing or anything. We basically do it all from stock rebuilds to circle track to drag racing to marine to airboat – you name it we’ve probably built something for it. That makes us a little more unique than some shops because most shops will specialize.” 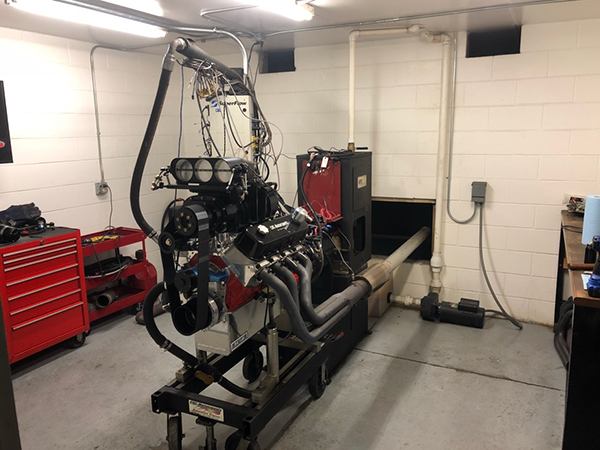 In addition to CNC’s ability to build for any application, the machine shop can handle everything in-house with the exception of crankshaft grinding. The shop features a Rottler CNC machine for parallel square decking, boring and stroker clearancing. It also has a new Rottler automated hone and an in-house DTS dyno with SuperFlow software.

These capabilities allow CNC-Motorsports to build excellent high performance engines such as this 598 cid big block Ford, which can be used for drag racing and truck pulling applications. The build has recently become one of the shop’s more popular engine packages. 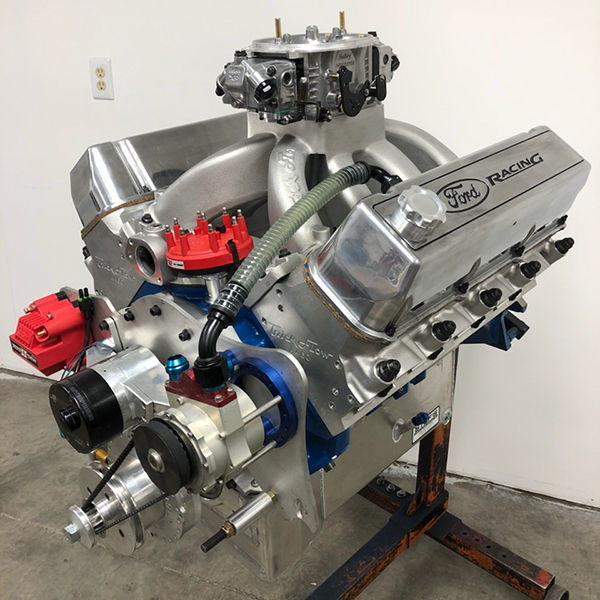 “This build starts with an Eliminator Ultra block, and no matter if the block is brand new or a core block, everything starts out getting line honed,” he says. “From there they go over to our Rottler CNC machine and all the bell housings get trued up so when we’re parallel square decking stuff, everything’s dead on. All of the blocks that we get are 4.500˝ bore, so we will bore them out to 4.600˝ bore. The block is parallel square decked and stroker clearanced. From there we’ll take it over to the hone and put torque plates on it. We check everything with the profilometer. Then cam bearings go in it.” 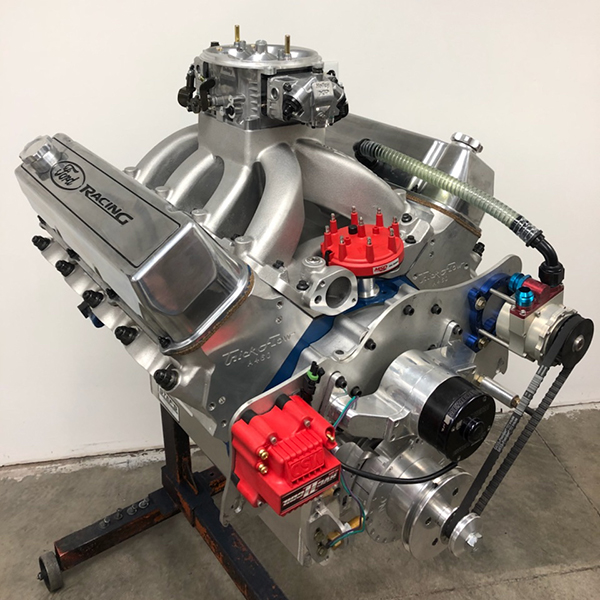 “We typically put MSD crank triggers on everything, and we still use an MSD distributor, but we have switched over to using Innovators West balancers on these engines, which have the crank trigger, the magnets and everything built right into the balancers,” Carlson says. “It’s a lot cleaner and a lot easier for guys to use, especially when it comes to putting pulleys and aftermarket accessories on them.” 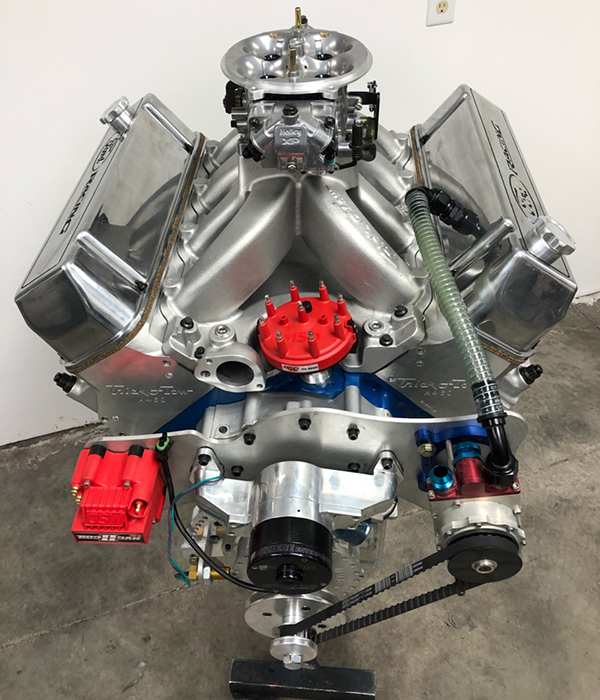 Once everything gets through assembly, CNC-Motorsports will balance everything in-house and then the engine goes on the DTS dyno.

“The carburetor gets fully tuned, timing gets all set so when the customer gets it, it’s basically a nice drop-in piece,” he says.