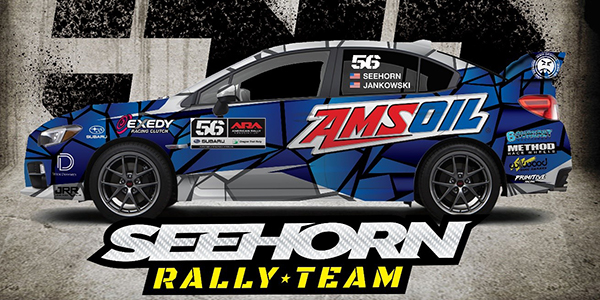 Jeff Seehorn and Karen Jankowski of Seehorn Rally Team announced AMSOIL has expanded its partnership with the team for 2019. After a rewarding 2018 season together, AMSOIL will be title sponsor for the team this season.

Jeff Seehorn and Karen Jankowski of Seehorn Rally Team announced AMSOIL has expanded its partnership with the team for 2019. After a rewarding 2018 season together, AMSOIL will be title sponsor for the team this season. 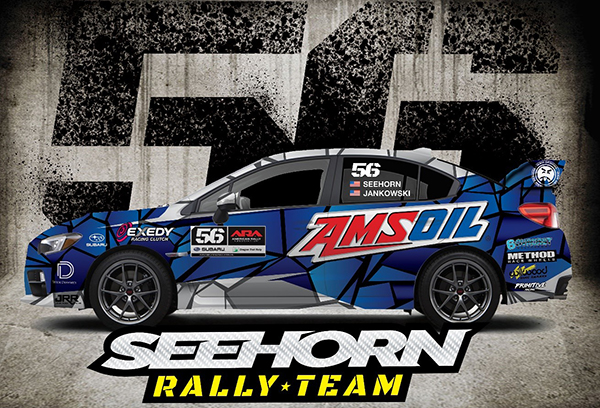 Seehorn and Jankowski are the first back-to-back national class champions in the American Rally Association championship (https://www.americanrallyassociation.org/). In the 2018 season they scored five class wins out of six events, and five top-three overall finishes, which placed them both second in the overall championship. They are also the top-placing privateer team two years running. Having AMSOIL as title sponsor will be essential for the team’s success in the 2019 season.

Jeff Seehorn, owner/driver, Seehorn Rally Team:  “We are incredibly excited to have AMSOIL as our title sponsor for 2019. Not only does AMSOIL have great lubricants, but they have an awesome culture with racing embedded deep in its roots. We are so happy to have the opportunity to represent an outstanding company like AMSOIL! It’s an exciting year to be a part of Team AMSOIL. Not only are they presenting sponsor for ARA, but they have an amazing contingency program for teams to win AMSOIL products. It’s great that they have put forth such a large effort to support rally in North America.”

For 2019, AMSOIL is expanding its support of rally racing by becoming the presenting sponsor for the America Rally Association series. In addition, AMSOIL will continue to provide a contingency program this season that awards teams in the ARA series that run AMSOIL products.

Kevin Kastner, AMSOIL racing & events manager: “Rally racing is a demanding sport that tests the limits of a car and its team. AMSOIL and Seehorn Rally Team are a winning combination that does a fantastic job demonstrating the value and performance of AMSOIL automotive synthetic lubricants. Don’t take my advice – just ask Jeff about his experience with our products. Other racers are encouraged to give AMSOIL a try through our ARA contingency program. From the entire #TeamAMSOIL family, we wish the Seehorn Rally Team a fantastic season.”

Karen Jankowski, Co-Driver, Seehorn Rally Team: “AMSOIL was such a great partner last season, it was fun to introduce them to rally racing. Being able to take that partnership to the next level this season is such a great opportunity for us. Nothing is more grueling than rally racing, so it’s exciting for us to continue to test their superior products in all types of conditions. Great people with great products – it’s going to be an exciting season.”