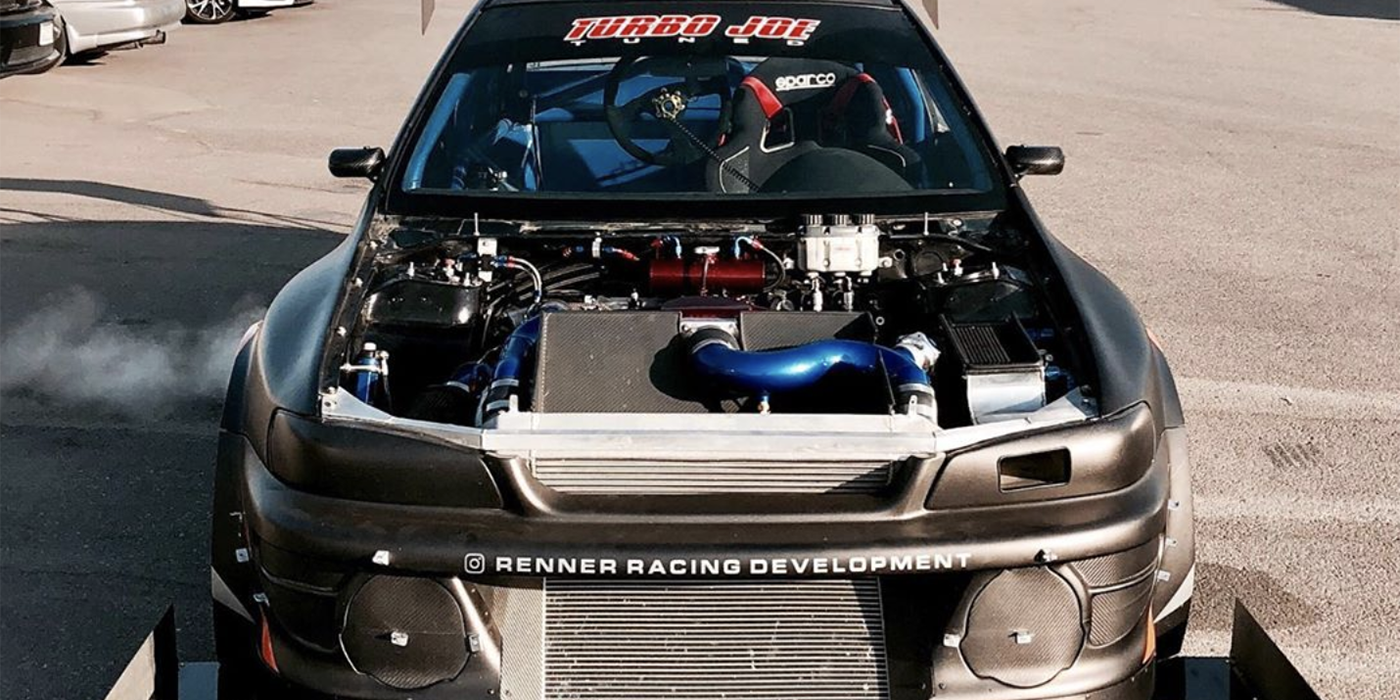 Transitioning from an array of performance import engine work to strictly Subaru engines, Renner Racing Development can deliver the full spectrum of engine performance from mild to wild. Just check out the shop’s own time attack car featuring this closed-deck EJ257 Subaru engine with nearly 700 hp to the wheels!

Back in Europe, Peter Tuchenishki started building and racing cars before he was a teenager. With those engine skills in hand, Peter later moved to the United States in the ‘90s, and started up an engine shop with his brother Evo called Renner Motorsport in 1999. The two brothers landed in California and focused their work on Volkswagens, BMWs, Subarus, Mitsubishis, and other performance imports. Sadly, Evo has since passed away, but Peter and his son Damyan have continued to build performance engines at their new shop called Renner Racing Development in Carson, CA.

While the old shop catered to a wider array of import engine work, Renner Racing Development is strictly focused on Subaru engines.

“I run the shop with my dad,” Damyan says. “It’s technically his shop and he’s the main engine builder. When Subaru came to the U.S. market, my dad immediately transitioned over to Subaru.”

Damyan, of course, followed in his father’s footsteps and also got into engine building from a young age. The father and son team began Renner Racing Development in 2016, after Evo passed away.

“My dad and I decided to start our own shop,” Damyan says. “Now we’re in Carson, CA and we used to be in Inglewood. We’re actually right across the street from the Porsche Experience Center. We have three other guys in the shop, plus my dad and myself.”

Renner Racing Development currently outsources some of its machine work on blocks and cylinder heads, but does everything else in-house for nearly every sort of Subaru build.

“We do Subaru builds from regular OEM rebuilds to Stage 2, Stage 3, 350 hp, 450 hp, 550 hp, all the way up to 800 hp engines,” he says. “We spec every car out differently based on what it’s going to be used for. We have people who daily drive their 800-horsepower cars and we also have customers who are on the track all the time with 600-horsepower Subarus. Our work spans every type of spectrum.”

One such track-specific build is the shop’s own Subaru EJ257 engine, which is in a dedicated Time Attack car today.

“Our race car build, which we just finished, is probably one of the coolest ones we’ve done recently,” Damyan says. “This car originally started its life in 2007. My pops started building this car, which is a 1.8 automatic, green Impreza. It’s just a front-wheel drive, green Impreza, which is your most basic car. At the time, he had an ‘04 STI, so he swapped everything over to that. It was a daily driven car for a while. Then, it became a track car.”

It was in 2013 that Peter and Damyan decided this was going to become a dedicated Time Attack car. That’s when the car started getting built with higher horsepower intentions.

“We finished the car in 2018 and the car is meant for Limited Class Time Attack and also potentially Pike’s Peak,” he says. “The car is running an EJ257 closed-deck engine. There’s no other way to run high boost without a closed-deck block anymore with these cars. It’s also got fire lock gaskets, 14mm studs, pin mains, King bearings, an all Supertech valvetrain, Cosworth 272 cams, a Dailey Engineering dry sump oiling system with a Peterson tank, and a Peterson vacuum controller on top of the motor. It also has a custom v-mount and custom intake manifold. Pretty much everything around that motor was tailored for this car and put together in-house.”

For the internals, the shop used a Manley crankshaft, Manley I-beam connecting rods and JE pistons. The valvetrain features 1mm-over valves for the intake and exhaust as well as Supertech valve seals and guides.

“We did the cylinder head porting in-house, which literally took about two months to do, because we did it by hand,” Damyan says. “My dad built this motor himself. He’s literally the one doing all the work when it comes to the race car.”

One of the other tougher components to get right was the Dailey Engineering oiling system. Getting it to fit in the Subaru took a few extra steps.

“The Dailey Engineering kit, in our opinion, is the best,” he says. “However, it’s not an easy fit. We had to rerun our headers in order to fit the Dailey pump because the pump itself sits on the bottom of the pan. We ran the lines into the Peterson tank and then, the Peterson vacuum regulates vacuum in the higher rpms.”

All said and done, the closed-deck EJ257 Subaru engine has a compression ratio of 8.5:1 and made 689 horsepower to the wheels on a Mustang 500 dyno.

“Right now, it’s strictly a Time Attack car,” Damyan says. “We’re prepping it for Road Atlanta in July. After our last race we decided to put in a new ECU, so we’re transferring from Link to Haltech and doing a whole new engine harness from Turbo Joe Tuned.”

We’ll be excited to see how the new build performs!