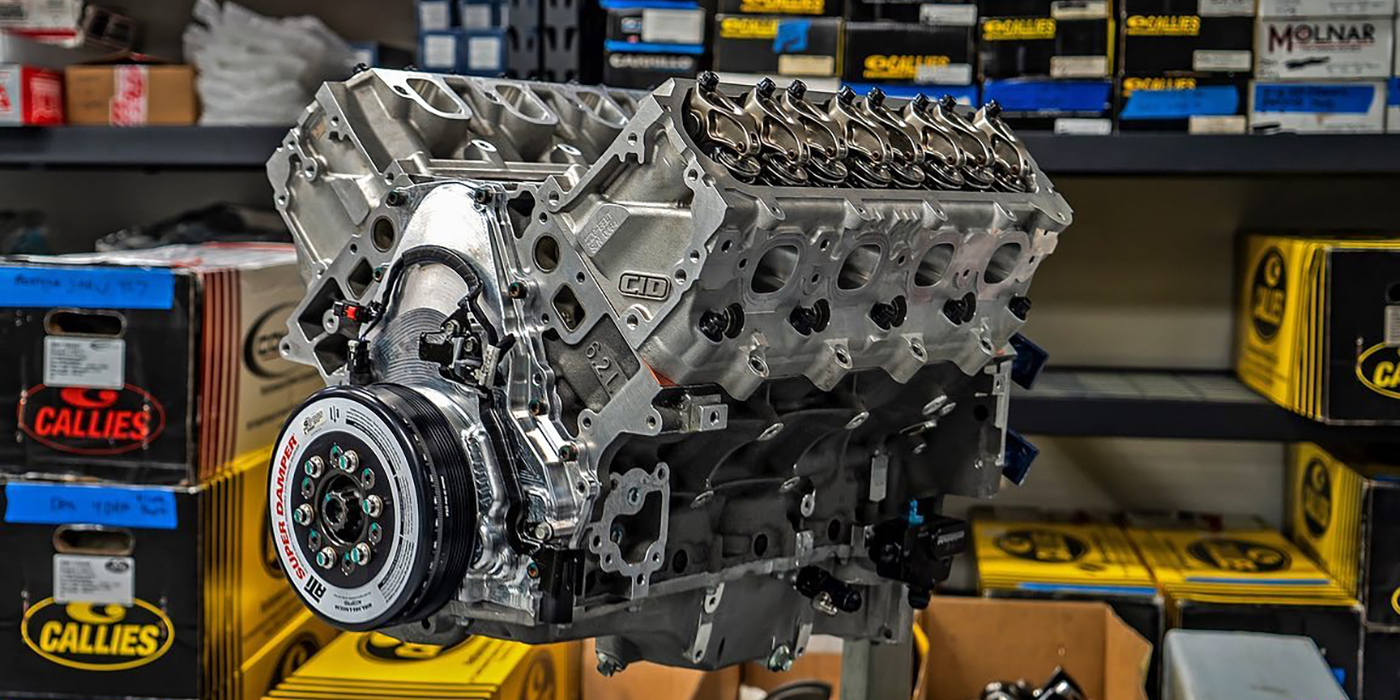 Modern Airflow Dynamics is 100% veteran owned and attracts great customers like the owner of a 2016 C7 Z06 Corvette who wanted the shop to build this twin turbo 427 cid LT engine with the aim of setting records. Find out what went into the build!

Twenty-six years ago, Tom Hanks entertained us all portraying Forrest Gump, an Alabama boy coming of age in the ‘60s and ‘70s who lived a life many of us could only dream about. One of my favorite parts of the movie was the bond formed between Forrest and Bubba while they were in the army, and the pact they made to start a shrimping boat business when they got out of Vietnam.

In 2014, three army veterans – Trey Sisk, Cory Brown and Wade Hencty – formed a similar bond during their service and similarly chased a business dream when they got out of the army that year – to one day run an engine shop. Together, the three men run Modern Airflow Dynamics in Houston, TX, along with two other employees.

“We were all in the army together and it was always a dream of ours to do this,” Trey Sisk says. “We came out swinging and we’re doing it now. We’re living the dream.”

Of course, it wasn’t quite that simple. Trey had grown up with a love for tinkering on vehicles – from Hot Wheels to his dad’s Harleys and his neighbor’s muscle cars – Trey was often found under the hood making vehicles better. That passion carried over into the army when he enlisted in 2005.

“While I was serving, I’d actually build cars for military army buddies of mine who were getting screwed over by shops that charged too much for not very good work and just a list of things,” Sisk says. “I started building a lot of cars for them – your 1,000 horsepower street cars, Corvettes, GTOs, and all that stuff. I was building the engines and the cars.”

When Trey and Cory got out of the army in 2014, they enrolled in the School of Automotive Machinists in Houston to begin their journey of achieving their engine shop dream.

“We went there and completed the block program, the head program, the CNC program, and Associates program,” he says. “We basically extinguished all of our GI bill going through all the curriculum they have there. During that process, we actually started working doing side jobs and anything we could get our hands on to port and build.

“We started off doing cylinder head development and intake manifold development, and it grew from there. A flow bench was actually the first piece of equipment I ever bought. I literally had it hooked up at my house to the dryer outlet and I would go flow heads, unplug it, dry my clothes for the next day, and then plug it back in to flow more cylinder heads. That’s what kind of kicked all this off.”

Having graduated from SAM Tech, they moved Modern Airflow Dynamics into a 1,500 sq.-ft. facility and filled it up with cylinder head equipment and anything else they could purchase.

“Every job we would do, we would take the money and buy a piece of equipment and do the same thing over and over again,” he says. “We’ve literally worked seven days a week, 14 hours a day for the past three years straight. We’re about to hit our third year in business.

“Once we filled up both of those buildings, we ran out of electrical requirements and we ended up moving just across the street into a 7,000 sq.-ft. facility this past January. We still work every day and still put money back into the business to keep getting equipment every chance we can get and just keep growing.”

On its third year in business, Modern Airflow Dynamics focuses on the LS/LT market primarily, as well as Gen III Hemis and the Viper engine platform. The shop does everything in-house with the exception of sleeving blocks, which it sends to Race Engine Development.

“The LS/LT market is what we do most of – anything between 600 horsepower naturally aspirated to building a 2,500-horsepower grudge motor,” Sisk says. “We’re trying to diversify our name into the market.”

Modern Airflow Dynamics is 100 percent veteran owned and 80% veteran employed and has gotten the attention of a number of great customers, including Jesus, who is one of the fastest street car racers in Houston. Jesus recently returned to Modern Airflow Dynamics for a twin turbo 427 cid LT engine build for his 2016 C7 Z06 Corvette.

“Jesus has a bunch of cars and we do a lot of engines for him,” Sisk says. “He’s a really good friend and a really good customer. We do a lot of top-notch builds for him. Every one of his cars is 1,500 wheel horsepower plus. He’s got everything from Coyote Mustangs to Corvettes and Dodge Vipers making 2,500 horsepower.

“This specific engine is going in his 2016 C7 Z06 Corvette. It’s a manual car right now. We’re going to go after the stick shift record in this car, and then we’re going to put a Power Glide in it and go after the all-out record after.”

The 427 cid LT build started by having the block sleeved with Darton sleeves at Race Engine Development. From there, Modern Airflow Dynamics took over the rest.

“Other parts include a custom Cam Motion camshaft with the VVT deleted with help from Martin Smallwood of Smallwood Race Development, ACL bearings, PAC valve springs, titanium retainers, ARP hardware throughout, a Katech oil pump, an ATI dampener, and the block was top fuel hooped.”

To cap off the LT build, the shop is utilizing twin Garrett turbos and will run the engine on e85 fuel, which should help this LT make about 1,800 horsepower at the crank, according to Trey.

“The whole build went together easily,” Sisk says. “I’ve got a good group of guys out there, so most of the time everything goes smooth. I’ve got a really good team backing me up and we hope to be number one someday.”