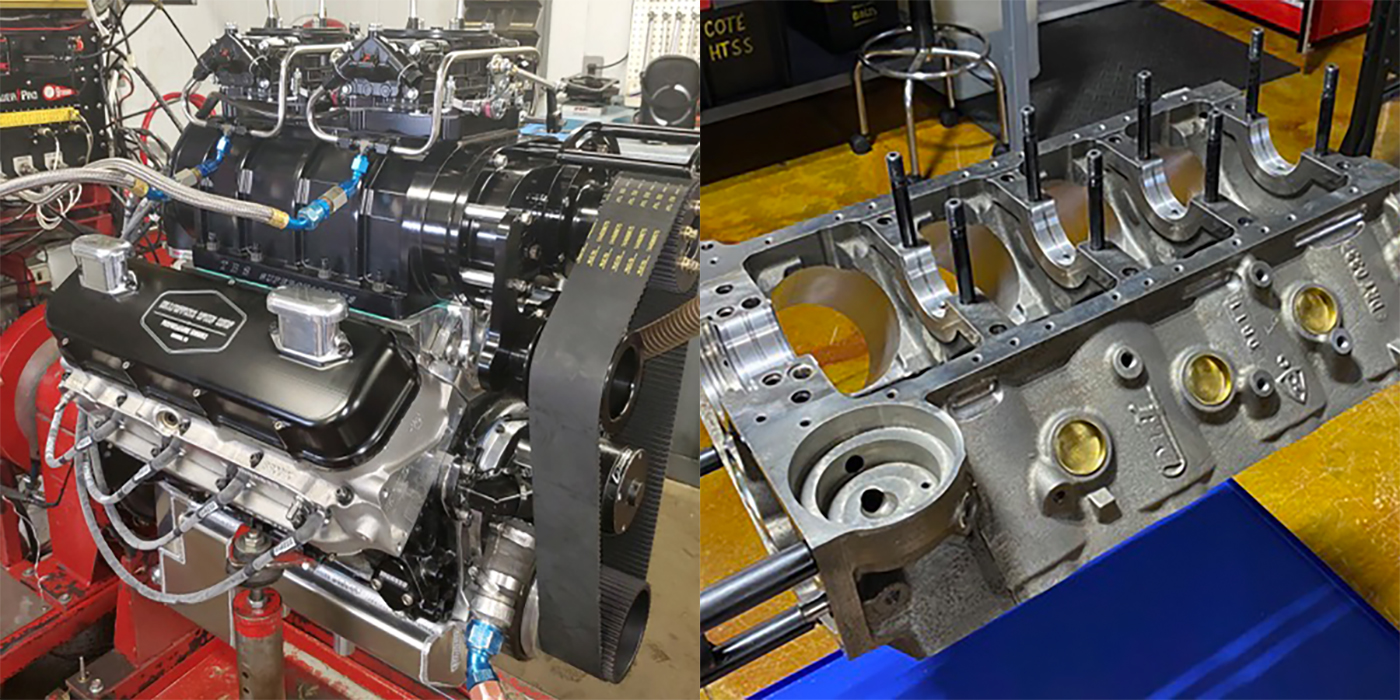 If you ask David Coté about his path to starting Hilltoppers Speed Shop, he’d admit it was a bit of an odd one. Since first becoming interested/involved in engine building in his late-teens and early 20s, David took a few “pit stops” along the way before opening Hilltoppers in Dickson, TN in 2016.

He enlisted in the Navy as a Naval Aircrewman stationed at the Naval Air Station in Jacksonville, FL, and when not deployed, he would try to race as much as possible.

“I would race in the Super Pro brackets on Saturday nights at Gainesville Raceway in Florida,” Coté says. “I had a good friend I flew with who joined the Navy in his mid-20s and was an auto mechanic before he joined the Navy. He drag raced in New York and he took me under his wing and taught me how to build my first engine.

“At that time, I couldn’t afford to pay other people to build my engines, so I found a good, reliable machine shop and did the engine building myself. Another person I really looked up to was Lamar Walden, who owned Lamar Walden Automotive in Buford, GA. I met both him and his son Rob in the mid-1990s. I used to go by their shop quite often and was amazed at the builds Lamar would always have going on.”

David spent more than 10 years in the Navy before getting out in 1996 when he became a manufacturer’s representative in the heavy-duty trucking industry for five years.

“Although I was no longer racing, I was still buying and restoring cars and motorcycles,” Coté says. “I decided to go to law school in my early 40s and graduated in my mid-40s with my Juris Doctorate. Although it was very satisfying to graduate, it became very apparent to me very quickly that it was going to be very tough to be a brand-new lawyer at 45 years old, so I began to look at other options.

“I had a couple of miserable experiences having a couple cars restored by other shops and decided to buy a building, hire some talented guys and use my experience to open Hilltoppers Speed Shop. We have been here for four years now, and even though this year has been challenging, we continue to grow and put out some amazing projects.”

The main focus of Hilltoppers Speed Shop is automotive restoration. The shop does everything from fabrication work and mechanical work to paint, body work and engine builds.

While Hilltoppers has the capability to do a lot of work on their project cars in-house, the shop isn’t a machine shop, so David farms out machine work to shops such as Tuckers Machine Shop in Murray, KY, Carl Hinkson of CNC Blocks NE in Gorham, ME, and BES Racing Engines in Guilford, IN.

Hilltoppers currently has five employees and two buildings on site. The main building is a 7,500 sq.-ft. fabrication shop, which consists of six bays and three lifts.

Once the 540 cid big block was fully assembled and ready to run, Hilltoppers had it dyno’d at Dynotune Engineering in Paris, TN. The final numbers were 1,330 hp and 1,086 lb.-ft. of torque.

“This is a very nice build that was built for a street rod application, and it runs on E85 fuel,” Coté says.