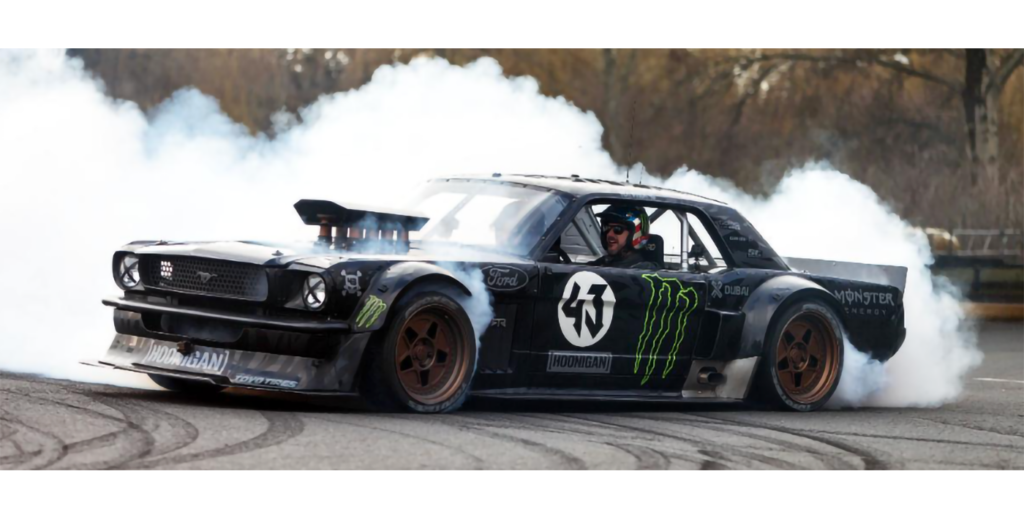 Ken Block’s monumental Gymkhana videos brought Hoonigan Industries to the forefront of the motorsports community on the internet, and 14 years since the first one was posted, they’re still getting millions of views. It’s not hard to see why – Ken’s expertise apexing corners, drifting hairpin turns, and launching his high-octane vehicles into the air make for some of the best stunt driving we’ve seen to date.

In honor of the late rally car racer, we’re looking back at each Gymkhana film and ranking the top ten. For our judging criteria, we’re looking at three things: the backdrop and location of the driving, the stunts and engaging moments of each, and the production quality. This proved to be a difficult task, as each one is a work of art.

While there is pretty much NEVER a boring moment to a Ken Block Gymkhana, the sixth film is slightly dry compared to the rest. The GRID course was built in collaboration with the video game racing series Need for Speed to promote their new release “Need for Speed: Rivals” in late 2013. Obstacles like a spiked wrecking ball and shipping containers with narrow openings serve as challenge for Block, who is piloting his Ford Fiesta ST RX43 2013 racecar at breakneck speeds around the track.

What Gymkhana 6 lacks is atmosphere. While a racetrack fits the aesthetic of the video game the film was promoting, it pales in comparison to the vistas and engaging landscapes of the Gymkhanas that came before and after it.

l’Autodrome de Linas-Montlhéry, France, a 1.58-mile oval track built in 1924 might seem like an unusual spot for a Gymkhana run, but the results speak for themselves. The oval track features Brooklands-style banking that in some areas gets nearly twice the incline of a typical Nascar oval. This makes weaving through cones a little more difficult and more impressive, especially at a 51-degree angle.

Later in the video Block pulls some extended slides on the water-soaked tarmac and continues to beat up the tires of his Ford Fiesta. By the end of the film he’s throwing sparks from the back until the the tires eventually explode.

It’s inarguable that the first Gymkhana film is the most tame of the bunch, as most pilots are. However, we decided not to place it in our #10 spot out of sheer respect for the original production.

While the production quality and camera tricks would not develop fully until later videos, a hint of the team’s stellar cinematography work can be seen early on in this video. Block is doing basic flat-ground stunts in this one, but the scream of his 530-whp 2006 Subaru Impreza WRX STI is enough to draw in attention and certainly spike interest in what was to come next.

While most series take a few tries to get the formula right, Ken Block found his stride rather quickly. Gymkhana Two is where the idea became fully realized and replicated moving forward. What’s funny is that this video is a blatant infomercial for DC Shoes (the company Block co-found in 1984), who sponsored the production.

The individual action scenes are where this film shines – Block, in a 2009 WRX STI, drifts closer than comfort to some obstacles in extreme slow motion and even drives under a trailer while it explodes into flame.

6. Gymkhana Seven: Wild in the Streets of Los Angeles

Gymkhana Seven is a perfect example of what a set piece can do to heighten Block’s crazy driving. This was the first video to introduce the Hoonicorn, Block’s 5.8-liter small block V8 powered 1965 Mustang which would become one of his most popular builds. Seeing the Hoonicorn tear up the streets, highways, and backroads of LA is breathtaking, and there’s a good amount of variety.

The car even makes its way to the famous storm drains featured in the race scene in “Grease,” where Block expertly dips his rear tires in just enough to make a splash. One of the coolest scenes of the film occurs towards the end when the Hoonicorn drives through an underpass and slides under a bouncing lowrider.

Run down factories and train stations are ripe opportunities for fun in a Gymkhana setting, and this one doesn’t disappoint. The dilapidated backdrops chosen in Buffalo and Eden, New York State, may not be as pretty as some of the other set pieces, but it offers more than enough stunt variety.

One of my favorite scenes in any Gymkhana production occurs when Block drifts his 2016 Ford Focus RS RX close to the pier and gets his rear tires to sit directly on the edge – a few centimeters more and the car would’ve been in the drink. The Focus also barrels across a railroad crossing directly in front of an oncoming train and does donuts under a pickup truck being suspended by a helicopter.

The latest and sadly last Gymkhana film featuring Ken Block is arguably the brightest, despite being filmed at night. Electrikhana was Block’s first foray into EV via a machine developed and built by Audi, the 800 volt, bi-motor AWD Audi S1 Hoonitron.

Under the neon lights of Las Vegas, some of the scenes in this one look straight out of an action movie. The Hoonitron navigates from the empty streets, through a casino, to a parking garage roof with a boxing match being held. The best part of Electrikhana is simply the imagery – the Hoonitron blends in perfectly with the setting and makes Block’s drifts and maneuvers look even more stunning.

Gymkhana 4 was when production really kicked up for the series. Filmed at Universal Studios under the direction of director Ben Conrad, this film was the most chaotic yet.

Block maneuvers his 2011 Ford Fiesta in and out of movie sets, drifts between moving forklifts, smashes through a (fake) brick wall, and even culminates with a Disney-esc dance number. It’s a weird one, but an entertaining one for sure. All the while Block is zipping around corners and burning rubber at breakneck speeds.

San Francisco easily tops the list location-wise and doesn’t skimp on the stunts either. The opening shot of Block’s Ford Fiesta speeding over the Oakland Bay Bridge adds scale to the project, and a huge jump over a hilly centre street proves the the rally racer can work his magic in any environment.

Other standouts include a continuous donut drift between two moving trolley cars and standout shot of an airborne drift the Block lands coming out of a steep incline. Famous stunt performer Travis Pastrana also makes a cameo while doing a wheelie on a dirt bike that Block’s Focus slides under.

To date, this is also the most famous of Ken Block’s stunt films, with 114 million views on YouTube.

Gymkhana Ten was the last of the main-line films, and also the longest. Over the course of 19 minutes, Block drives five different high-powered Fords in five locations around the world.

The usual suspects are here — Block’s Hoonicorn thrashes around Detroit, his Ford Focus RS RX drifts through Mexico and a WRC-spec Fiesta flies through Sweden. There are two new additions to the Gymkhana roster: the Hoonitruck, a 1977 Ford F-150 powered by a 3.5-liter EcoBoost V6, and a 1991 Ford Cosworth RS.

Just like the title says, there’s more than a sufficient amount of shredding tires and flying sparks in the video. Everything’s here in this production: some great camera work, beautiful locales, and those trademark, unbelieveable Ken Block stunts. 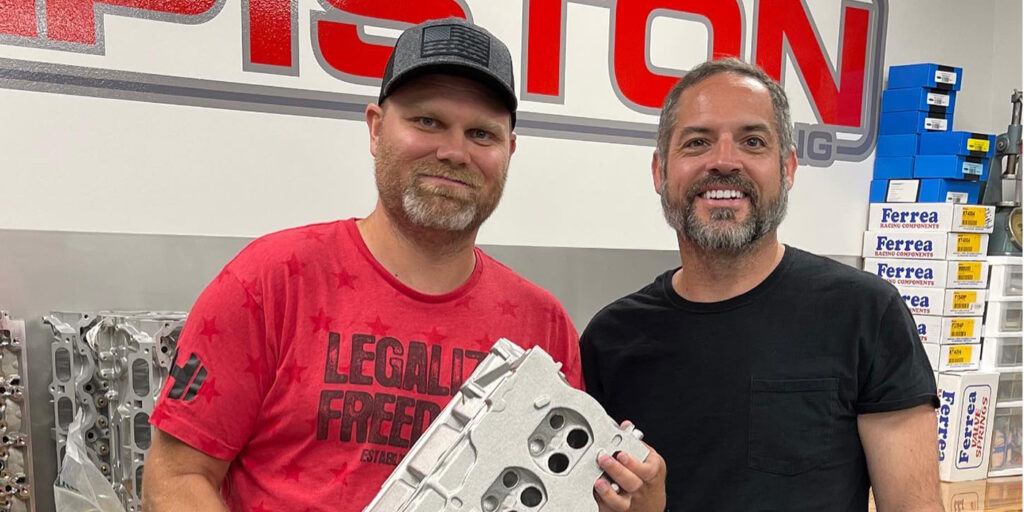