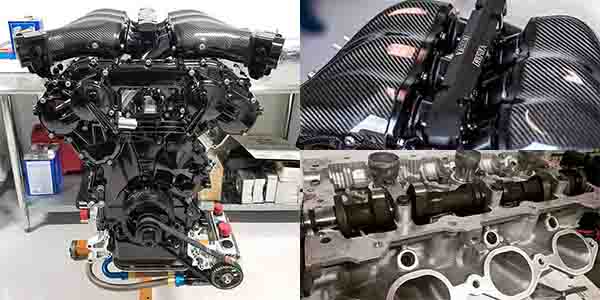 If you’re into engines and you live in the Houston area, you’re probably accustomed to seeing a lot of Ford Modular and LS engine builds. At least that’s what Mike Cogburn of CP Engines sees more often than other engine platforms at his shop. While Cogburn specializes in late-model domestics, he also has a focus on sport compact engines such as Mitsubishi’s Evolution 4G63 and 4B11 engines, Hondas, and Nissan GT-R work. 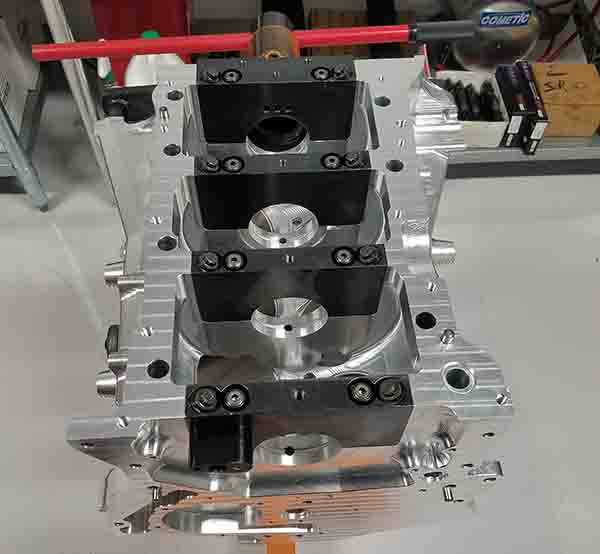 He recently just finished up a twin-turbo V6 Nissan GT-R engine for a drag racing application, and it’s quite impressive when you consider CP Engines just celebrated its first anniversary in business. Before opening his Houston-based shop, Cogburn spent 10 years in the Marine Corps.

“I got out of the military and left North Carolina, and two weeks later I showed up to the School of Automotive Machinists here in Houston,” Cogburn says. “They do nothing but race engine building theory for blocks, cylinder heads, CNC machining and stuff like that. I did four courses of their curriculum at the school. I was there for about three years.” 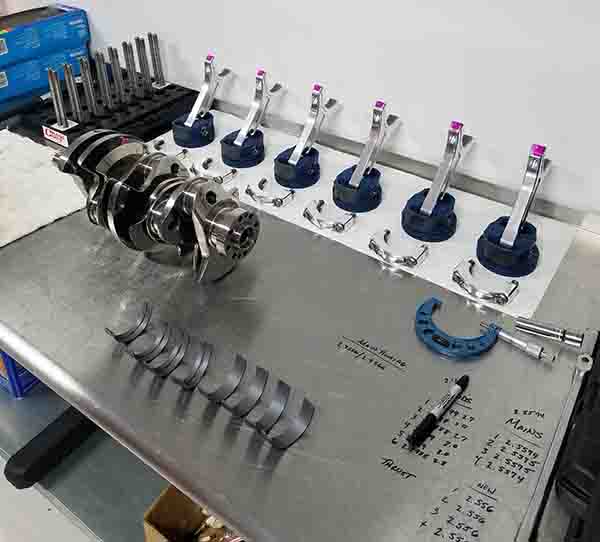 A lot of people leave that school with jobs working in the NHRA or NASCAR’s Cup series, and Cogburn figured that was going to be his path as well. However, the appeal of going into business for himself and seeing how that would work out proved too strong. He’s now been in business a year under the CP Engines name and everything has taken off.

“I’ve been a lot more successful than I think anybody thought I would have been – even surprising myself with how busy I am,” he says. “I’m even doing work for a couple of shops and one in particular here in Houston that specializes in these GT-Rs – new and old. They’ve given me an opportunity to work on some engines that I may have not been introduced to, so business has been going really well so far.” 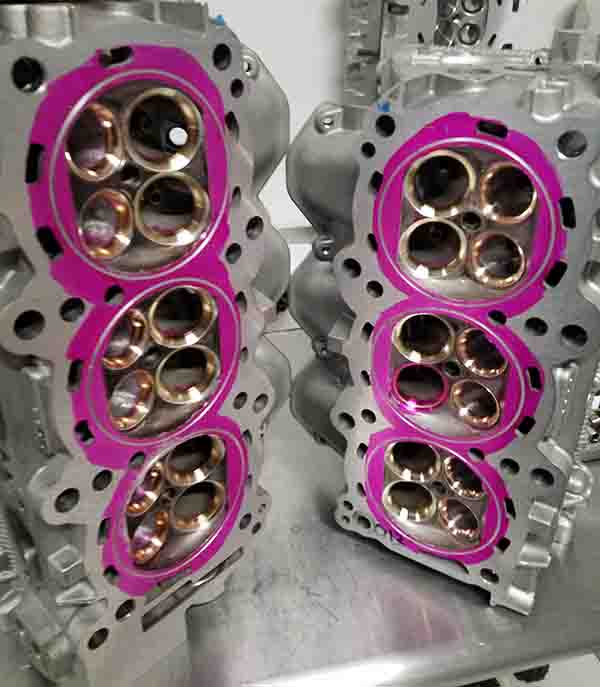 Cogburn says the next leap in the business is expanding into a bigger building with a business partner of his who also graduated from the School of Automotive Machinists and is a cylinder head specialist.

“The shop continues to tip-toe into business and the industry and is now making a name for itself,” he says. 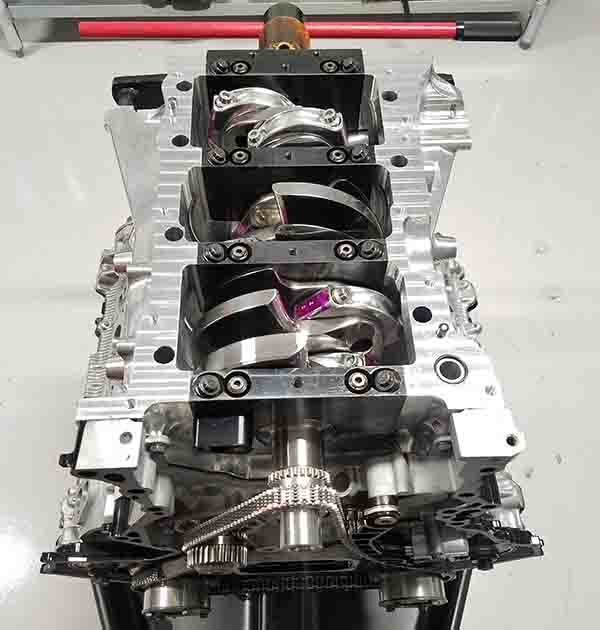 Cogburn doesn’t run a full machine shop, but CP Engines does have some cylinder head equipment to do that work in-house.

“On some block work I take it to a buddy’s shop,” he says. “Sometimes I outsource more of the cookie cutter stuff. There are some really good shops here that can handle that work and I’ve partnered with before, and they know what my expectations are and they do a great job. Cylinder head work, porting, valve jobs, guides, surfacing and much more is done in-house.” 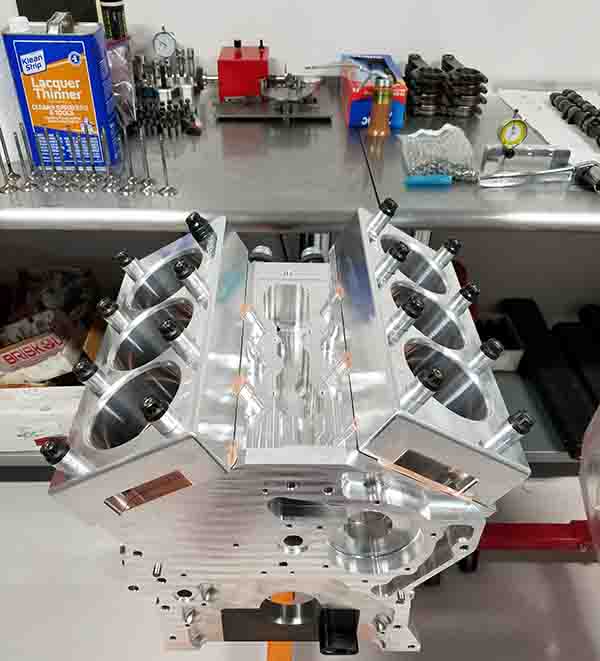 If things keep trending in the right direction, Cogburn plans to make CP Engines a full-fledged machine shop by the spring.

“I didn’t want to take a dive in for a quarter million to half a million dollars in equipment and then have stuff not really pan out,” he says. 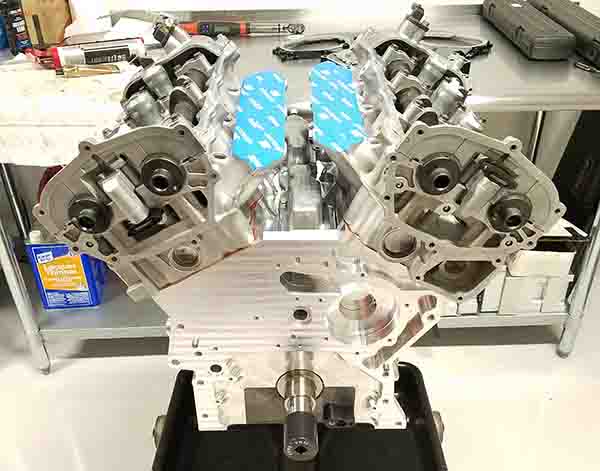 Fortunately, everything has panned out and CP Engines continues to get new customers like the man who brought in his GT-R engine.

“This gentleman brought this car in and it had some engine damage and he decided that he wanted this thing to be a heavy hitter within the GT-R community,” Cogburn says. 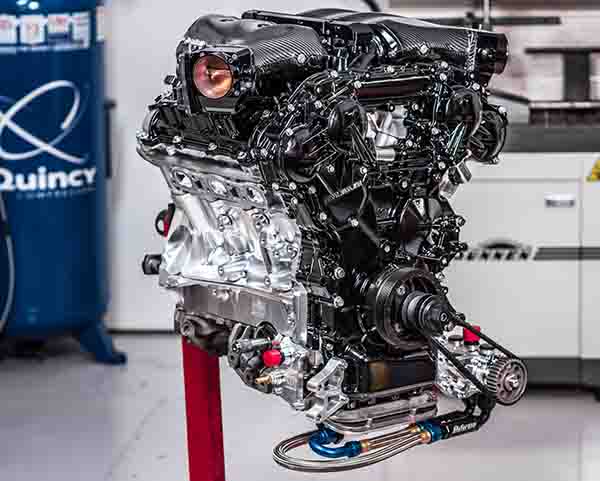 Since the GT-R engine is a V6, CP Engines had to do some impressive work to allow the engine to reach its hefty 2,500 hp goal.

“The base of the engine is a billet block with a Darton dry sleeve,” he says. “We used a 94.4mm Callies billet crank, which is a popular stroke for these engines, an aluminum rod to handle that power, a big wrist pin and a custom piston from CP-Carrillo that can handle that type of cylinder pressure. We figured we could bulletproof the bottom end to hold that type of power.”

“People can’t fathom the fact that a V6 is making this kind of power.”

The cylinder heads on the engine are stock heads, but they have to be able to hold a lot of cylinder pressure and a lot of heat, so Cogburn replaced the stock seats since they weren’t going to hold up to the abuse. He called up CHE Precision and got custom seats cut to help get heat out of the valve and the head to make sure nothing in the top end would burn up. 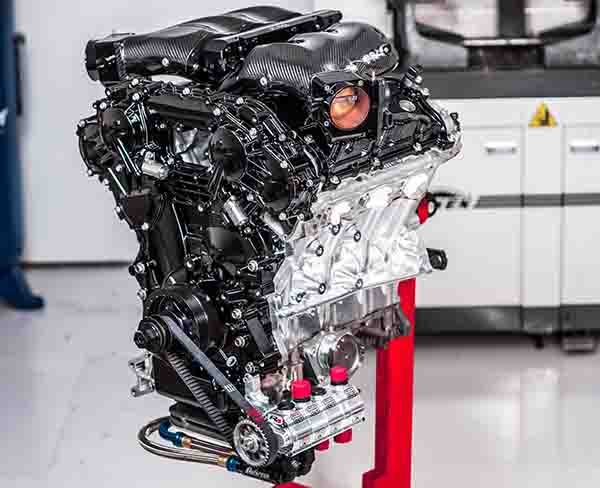 “The heads themselves are still stock, which seems to be holding up pretty good as far as what we’ve seen,” he says. “What is crazy is that it’s still only four bolt per cylinder. A lot of the V8 stuff is six bolt per cylinder to keep the head from lifting.”

CP Engines put a 6.25˝ ARP stud down deep into the bottom of the cylinder to keep those heads from lifting.

The valvetrain of the GT-R is an all Ferrea valvetrain with some Tomei cams in it, which are a popular Japanese camshaft. For bearings, Cogburn used King. The engine also has a dry sump and mechanical fuel pump drag race set up. 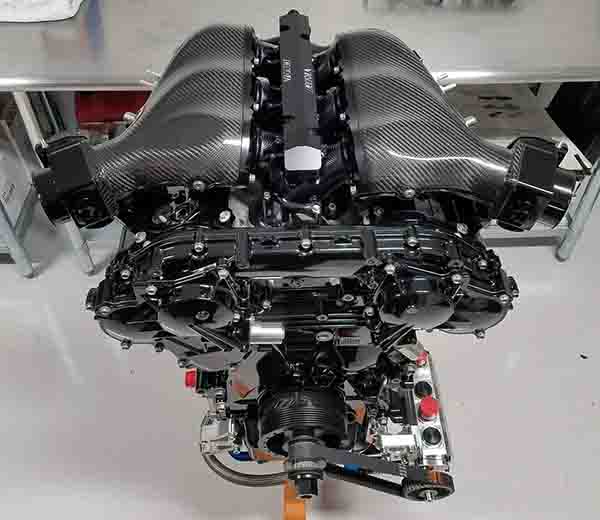 When you compare this GT-R engine to some of the big block domestic stuff you see in the market, there’s a lot you can do with big bore space. According to Cogburn, it’s different with a V6.

“The GT-R is a pretty easy platform and pretty straightforward, you just have to address some of those issues that are going to be there with the type of horsepower you seek,” he says. “People can’t fathom the fact that a V6 is making this kind of power.”

To help reach the 2,500 horsepower Cogburn’s customer was expecting, he employed twin 76mm Precision turbochargers that were opened up for a larger inducer. 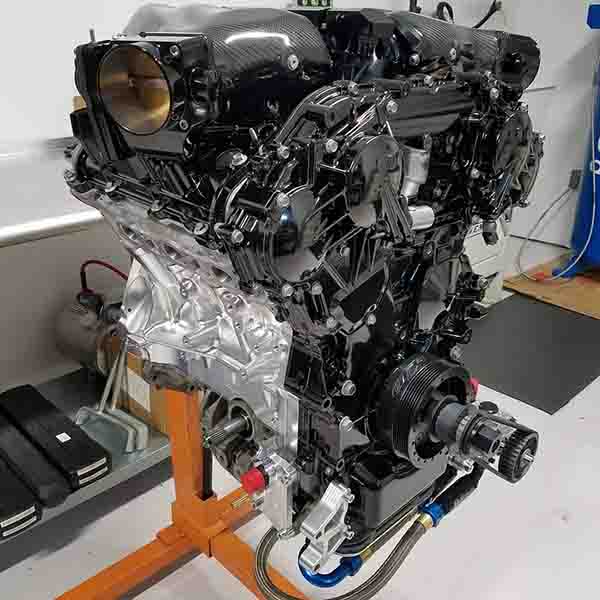 “We put some components together that we thought would work to hold this type of horsepower,” Cogburn says. “Everything’s been gone through, changed and updated to basically maximize this guy’s engine package to accomplish the goal he has in mind. Overall, this was a very big project and a very expensive project, but I think that the customer in the long run is going to be very happy with the package that he’s going to get.”

All said and done, this twin-turbo Nissan GT-R engine is going to be drag racing with 2,500 hp, an 11:1 compression ratio and running on e98 ethanol. 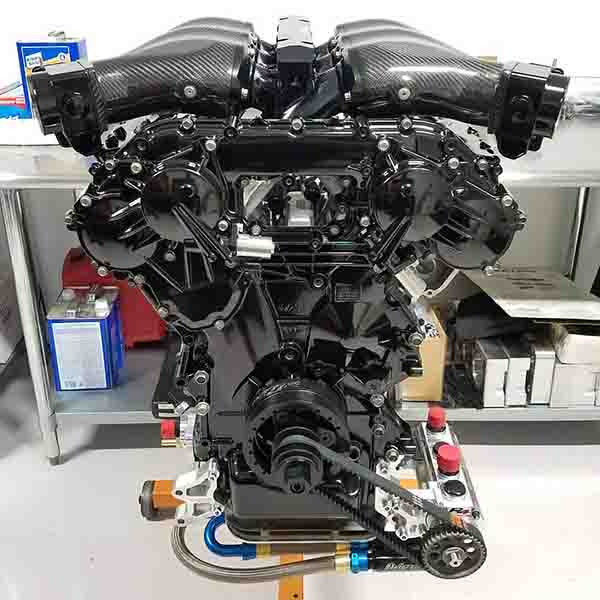 “The car recently ran in the GT-R World Cup down in Palm Beach, FL,” Cogburn says. “The next major event for the GT-R guys would be here in Houston at Royal Purple Raceway for Texas2K (TX2K18). It’s a very big, popular event.”