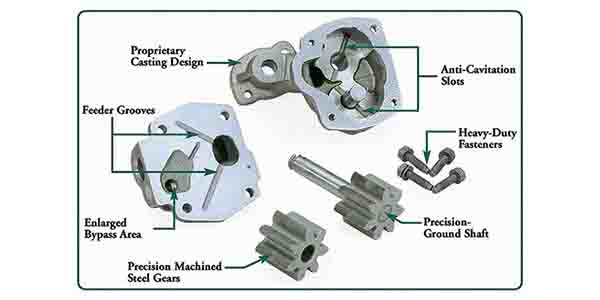 When do you cover for the prior mechanic or engine guy? When do you have to tell the customer the truth to justify the correction and parts? There have been times I have done it each way. And for a couple, I regret my decisions.

If you’ve been in the car and engine service business as long as I have, you have probably found prior work done that was sloppy and misrepresented, as well as operations that were supposed to have been done, or certain parts to be used that were not, but the customer was charged.

When do you cover for the prior mechanic or engine guy? When do you have to tell the customer the truth to justify the correction and parts?

There have been times I have done it each way. And for a couple, I regret my decisions.

I do not like criticizing prior workmanship. When a client comes to me complaining about prior work, I immediately ask if it was taken back to the shop that first worked on it for a chance for them to defend the problem. I tell my potential client, “Perhaps the original shop will warrantee it.” I add, “If I work on it, I will charge you my normal rate and parts profit margins. The original shop may not.”

There are times I find things bogus, and I just eat some labor and never tell the customer. Like the time I had to correct the CCs on a set of 428CJ heads. That operation was charged on my clients bill from the last shop. But no way it had ever been done. I knew the shop owner, and did not want to cause trouble.

I learned a lesson about blowing the whistle the hard way about 30 years ago. It was over a high-volume big block Chevy oil pump. I knew both the customer and the last engine builder well.

When the BBC was built by my colleague, my customer ran the engine a year. Then the customer brought me the engine to step it up a bit.

One thing my customer was adamant about, was the oil pump would be fine. Earlier, right after the engine was built, he had a problem with the oil drive shaft breaking the tang. The prior builder claimed the customer did not allow enough vertical clearance of the oil drive shaft when installing a new intake manifold he tried. That made sense. The builder also said, when correcting that problem, he replaced the TRW HV oil pump with another new one. He had charged my customer for all of it.

Guess what? When I tore the engine down and inspected the parts, as always, I took the oil pump apart looking for debris. I always take oil pumps apart whether they are used or brand new out of the box. I check for debris, rust and the relief spring and piston, tolerances, sharp edges, and correct anything if necessary.

One time I found a roll pin in a new pump. That pump with roll pin came with a small envelope in the box with the pump and an assortment of relief springs, plus a new roll pin. Somehow the envelope opened and the new roll pin got out and found its way into the oil pump cavity.

In this BBC intance, both the idler and pilot gear had huge matching gashes but the gash was not actually causing a problem. I had primed the engine before I took it apart, and it showed good oil pressure.

I checked the vertical oil drive shaft clearance. There was plenty. It had .060˝ with out the unneeded extra distributor spacer the original builder installed.

What broke that oil pump drive was a big drill chip that jammed the pump. I have seen it several times before. Apparently, as I have found occasionally in brand new pumps back then, a huge drill chip from factory had found its way inside.

However, that pump had never been replaced. Just the debris cleaned out, the gashes dressed, and the pump was cleaned up.

So now what? I was not going to put a pump with gashed gears back in that engine – even though it worked – because someday someone else may think I was negligent.

Since I knew the customer well, I decided to show him what really happened to his oil drive shaft to justify a new oil pump! Big mistake.

The drama that followed! In hindsight, I wish I would have covered for my colleague, and donated a new pump without telling.

Of course, even though my customer promised not to, he went after the prior engine builder. And, needless to say, I got an unhappy phone call from my colleague. We were no longer friends.

What would you have done?

I hate being in between problems that I did not create.

About 15 years ago, I was working on a modified 302 Ford engine that came out of the owner’s recently acquired ‘66 Mustang. Instead of .030˝ clearance as the receipt from the prior builder said, it was .040˝. The same receipt showed an aftermarket Comp Cam and lifters. The engine had a bone stock Ford 68 302 two-barrel cam and lifters. Yikes!

Lucky for me, that ‘66 Ebay Mustang had been bought out of state and the work had been done two owners ago.

After 50 years of this, I could write a lengthy book of dealing with customers’  prior mechanic and engine builder missteps I have discovered. But would it be worth it?

When Do You Blow the Whistle?