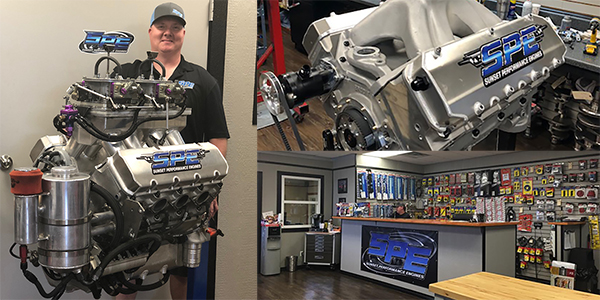 Joe Jolly has a lot of NHRA Pro Stock experience from the likes of John Lingenfelter, Bob Glidden, Larry Morgan and V. Gaines. For the last four years he has infused that knowledge into Sunset Performance Engines and its engine development program with engines like this 632 cid big block Chevy.

Joe Jolly is an engine builder who has been in NHRA Pro Stock most of his life. From working with John Lingenfelter and Bob Glidden to Larry Morgan and V. Gaines, Jolly has quite the racing and engine background.

It was that background that brought him to Sunset Racecraft in 2012. Less than two years later, Sunset’s assets became available and Jolly bought the shop and its equipment with the intention to move the business and its engine development program forward, while infusing his Pro Stock background into it. 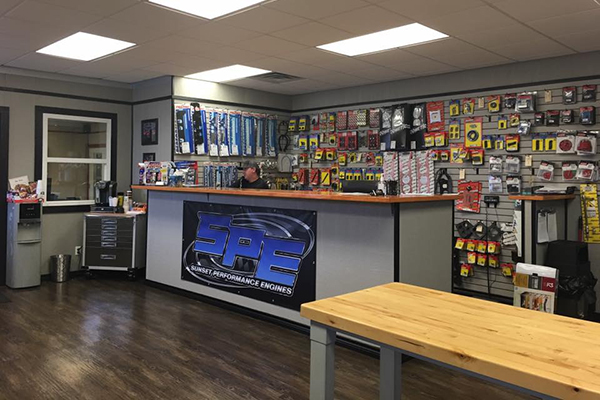 The shop, located north of the Dallas metro area, is now called Sunset Performance Engines and Jolly has owned it for four years.

The shop is a full machine shop capable of doing everything in-house with the exception of grinding cranks and cams. The shop is focused on drag racing and specializes in big block and small block Chevrolets.

“A few classes that we build for would be Top Sportsman, Top Dragster, Super Comp, Super Gas, and Super Street – those are big ones of ours,” Jolly says. “We’re also getting into some X275 drag radial stuff. We’re doing really well in that market.”

One of Sunset’s more popular engines is a 632 cid big block Chevy.

“This is what we call our 9-degree engine,” he says. “The engine has a single carburetor and 9-degree cylinder heads that we port here in-house.” 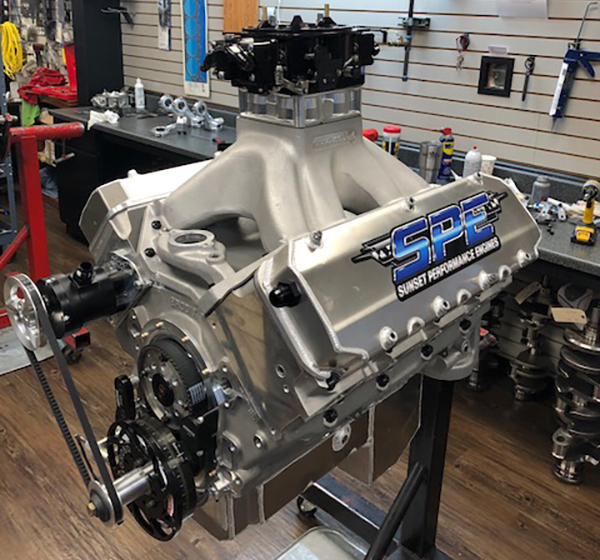 Jolly makes use of a 5-axis CNC machine to do the machine work in-house.

“We buy what they call C-core castings from Brodix and we do our own intake port, exhaust port and combustion chamber on the engine,” he says. “On the 632 big block Chevy, we bore the block, deck it, stroker clearance it and use lifter bushings.”

Sunset also CNCs the heads, and there’s a ton of work the shop does to customize those to their specifications.

“We do lots of manifold porting,” Jolly says. “We build our own carburetor spacers in-house. We start with what we call a Brodix PB9000 casting for the heads. The heads are a ton of work. The block we can have ready in a day. It’s the heads that take the most time.”

In addition, the shop will also balance the rotating assembly for the 632 big block Chevy. From there it’s onto the other internals. 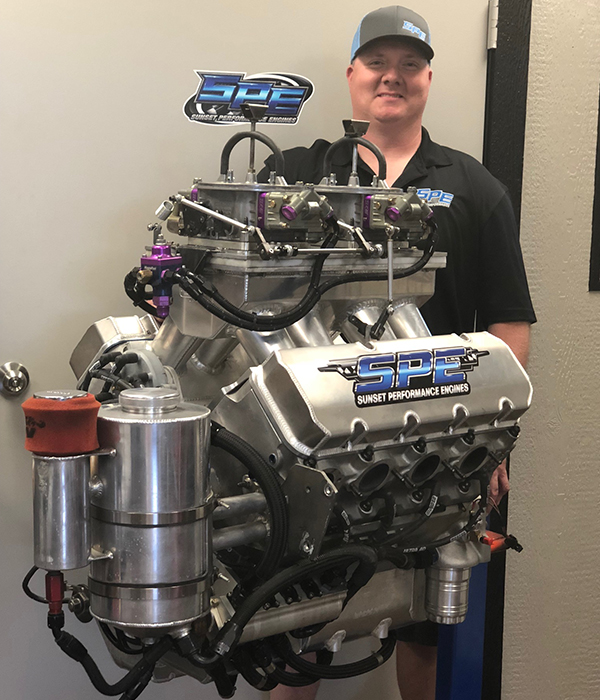 This 632 big block Chevy is for a drag racing application, and would be a great option for Top Sportsman, Top Dragster, Super Pro or even Super Comp.

“Pick your poison,” Jolly says. “This engine suits all those classes.”

Once the engine is fully assembled, Sunset makes use of two in-house dynos to ensure the engine is running properly. This 632 cid big block Chevy engine cranks out 1,300 hp and 1,000 lb.-ft. of torque.