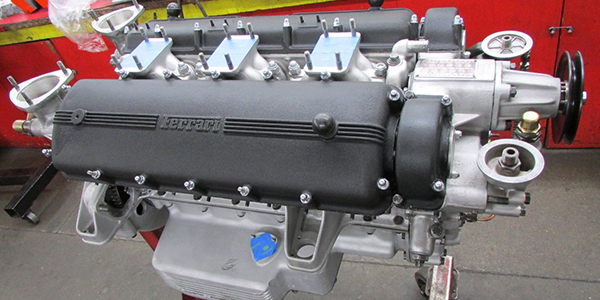 Larry Ofria’s first customer was Carroll Shelby. More than 50 years later, his shop, Valley Head Service, is still cranking out top-notch engine work for customers like this recent rebuild of a 3.3L Colombo 60-degree V12 Ferrari engine. Find out what was needed to bring this prancing horse back to life.

Imagine this – it’s 1965, you own an engine machine shop and your first customer is Carroll Shelby. Now pinch yourself, because you’re dreaming. However, for Larry Ofria, owner of Valley Head Service in Northridge, CA, that scenario was his reality.

“Our first customer was Carroll Shelby,” Ofria says. “Carroll needed somebody to port heads because at the time he had four people trying to do it and they would never deliver on time or deliver what he wanted. I came in and said I could do this and that, and they gave me a break.

“They gave me a set of heads and wanted it done a certain way. I kept thinking about what they were saying and it wasn’t right – so I did them my way. I took the heads back to him and said, ‘Here they are. They’re not exactly the way you wanted them, but I’ve got enough material in them that I could change them to the way you want them, but I don’t agree with it.’ They said they were in a hurry and needed the heads. This was on a Monday.

“On a Wednesday I got a call back from Shelby saying they got a set of heads from me. I said, ‘Before you get angry, I told you I can change them back anyway you want them.’ And he said, ‘No, we got 15 more horsepower than we’ve ever gotten out of a set of heads.’ So that’s how the relationship started in May 1965 and by July that year I was doing all their work. We did work for him until the day he sold out to Ford, then we started up with him on the Chrysler project later on, and things took off from there and kept going.” 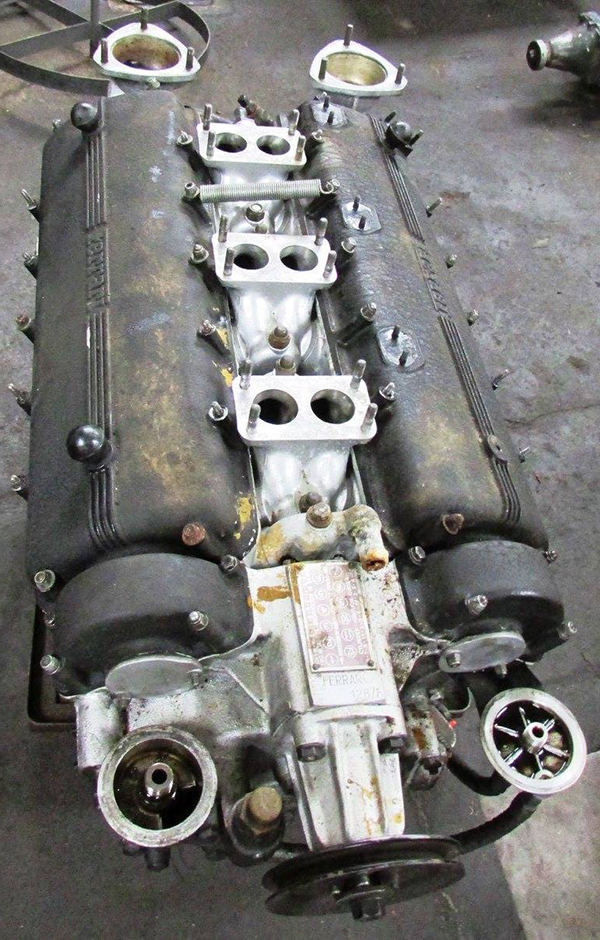 While cylinder head work has continued to be the core of Valley Head Service’s work, the shop is one of the most complete engine shops in Southern California.

“Simply put, we fix the broken, resurrect the old, make the new better, and make the fast go faster,” Ofria says. “Over the years we have also developed products that bring better performance to modern engines that include our own dry sump oil pumps and our Thunder Power 4-valve cylinder heads for big block Chevys.”

While the name of the shop reads Valley Head Service, everyone calls the place “Valley Head & Rescue” because everything is done under one roof – whether it’s the latest LS7 or an engine from 1917.

“To me, engines are all just nuts and bolts,” Ofria says. 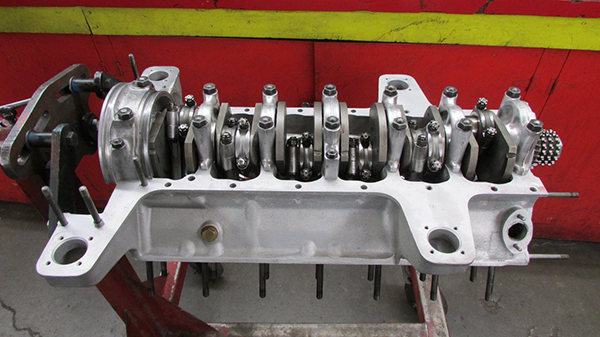 The short block is near complete.

Recently, Valley Head Service had a referred customer bring in a 3.3L Colombo 60-degree V12 Ferrari engine out of a 1965 Ferrari 275 GTB, which features a manifold that has three Weber twin-choke carburetors.

According to the customer, this particular engine serial number matches the car, which is one of only two 275 GTB’s built that year with a midnight blue paint and red interior. The Ferrari 275 GTB is a 2-door coupe with an aluminum body.

“We are honored that the owner selected us for this restoration project,” he says. “We’ve done a bunch of Ferraris and Lamborghinis in the past, so we knew we could help him.”

Valley Head Service glass beads aluminum components in order to give them a new look and to find and fix flaws. On the ’65 Ferrari V12 block, the shop had to weld up some cracks and fill some voids from water damage.

Once Ofria and his team got into the engine, they were pleasantly surprised that there wasn’t too much wrong with it.

“It looked pretty darn good, but we did find that someone had rebuilt it before and they did a horrible job with it,” he says. “We found that a couple of the cylinders were way oversized. We had to ask the customer which way he wanted to go with it – put sleeves in or go with all new pistons.” 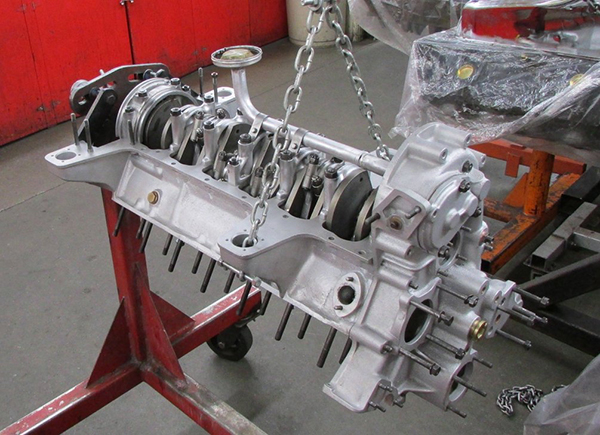 Making progress. Got the front cover with the oil pump on. Note there is a small gap on the oil pump pick up for which a spacer will need to be added on.

Due to some of the cylinders being oversized, Valley Head Service bored them .20˝ over and bought all-new, forged JE pistons and Hastings rings for the engine. The pistons are an identical copy of the originals.

The crank seemed to be in good shape and only needed to be cleaned up and polished. The shop acid dipped the block and glass beaded it to make it look brand new. They also rebuilt the rods. 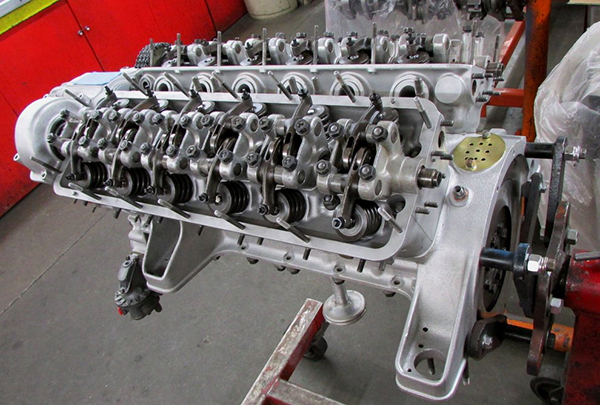 “Once we got into the heads we had to put guides in it, did a valve job and surfaced the heads,” Ofria says. “We were also able to reuse the bearings in it, since the engine didn’t have many miles on it. With this rebuild we improved it at least 10% over what this engine made stock just by the quality of machine work.”

Claimed power output for the original engine was 280 horsepower. With Valley Head Service giving this engine the full treatment, it should pump out more than 300 prancing horses now! 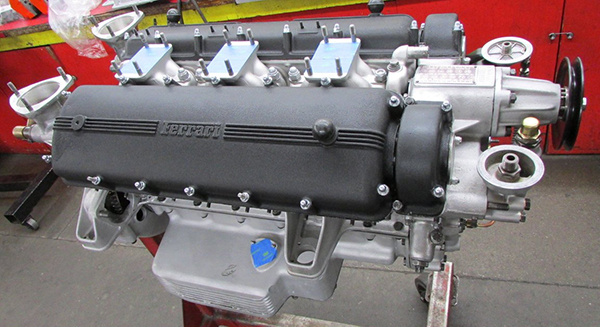