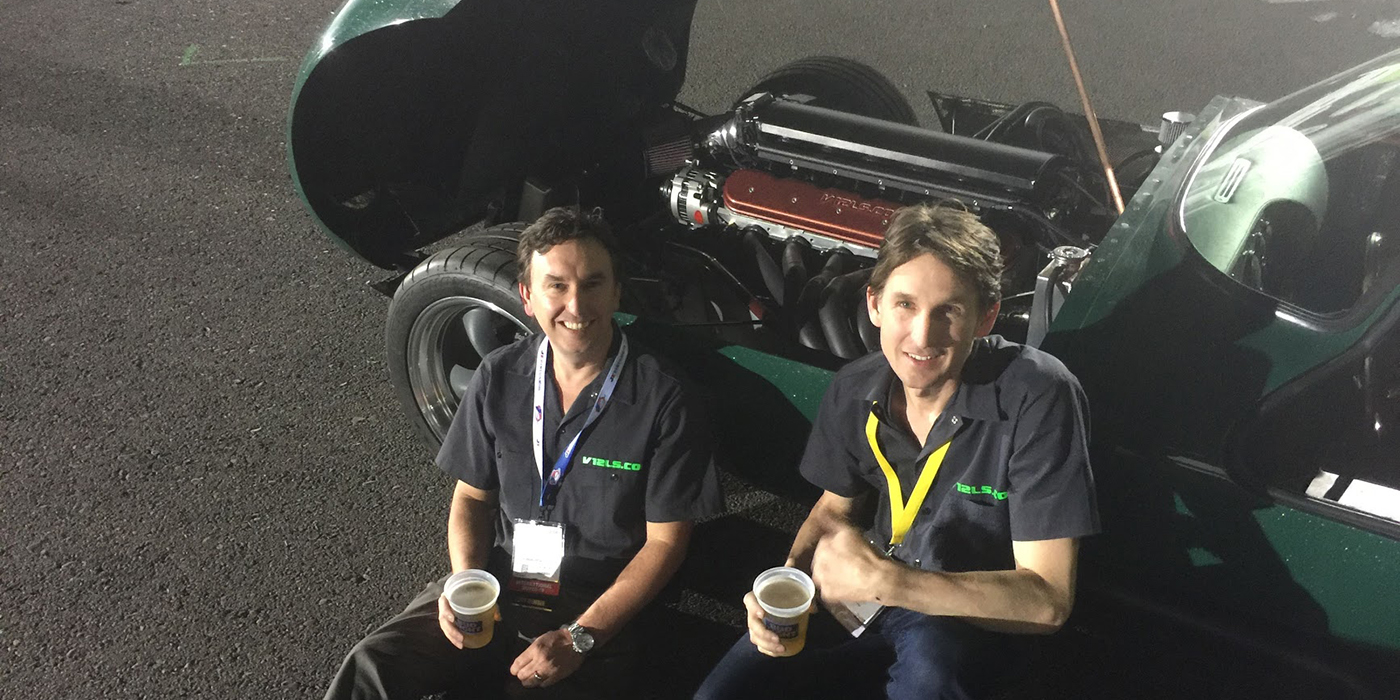 Their name almost speaks for itself, and it’s had a lot to say over recent years, leaving an undeniable impression on the performance industry with the creation of their V12 LS engine. Who are they? Two brothers, Matt and Shane Corish, who hail from Melbourne, Australia, and their company is Race Cast Engineering.

Back in November 2018, Engine Builder touched on the V12 LS and the Cheetah project car it was going in. I got hooked into watching some of the videos of the engine on a dyno and with this being the international issue, I couldn’t resist circling back and going more in-depth to learn more about what they do and see what they’ve been up to lately.

“We help our customers turn designs or even ideas into a product that can be manufactured at scale,” says Matt Corish. “Race Cast started out producing Mazda rotary intake manifolds, a product we still sell today.”

As business grew, they saw the need to expand their product range and they adopted the new technology of 3D-printed sand to speed up their research and development cycles.

“This fast became the focus of our business and rapid prototype consulting and is now our main focus,” says Matt. “Using new technology along with traditional casting techniques has enabled us to create hero products such as the V12 LS to showcase our capabilities.”

They have a fully equipped machine shop with all of the standard equipment as well as vertical and horizontal CNC machines. Most of their projects are automotive and they always have a few interesting project cars in their shop, Matt explained, but occasionally they do have other projects that come their way.

“Recently an artist named Michael Garrett had created a kangaroo sculpture and wanted it cast in aluminum,” he says. “We liked his design and have now cast his sculpture in both aluminum and bronze. That project helped us better understand an artist’s approach to design and we observed many parallels with custom car building.”

To create their V12 LS, they started with the OE design of the popular Chevy LS engine and added four cylinders to create their own. As explained by Shane, it is two standard LS1 blocks, one with half a cylinder cut off and the other with one-and-a-half cylinders cut off. They grafted the two together at the center of the cylinder bores, then resleeved the cylinders.

“The OEM block is an excellent engine, so we had a great platform to start with,” Shane says.

Many upgrades were designed into the new engine. They retained the same main caps with cross-bolting, but stiffened things up by reducing the bay-to-bay ventilation. It has heavy-duty pan rails that are bolted into a 1˝-thick sump pan rail, adding additional structural integrity to the block.

The oil galleries have been cross-drilled so they are not feeding the main bearings off of the same oil gallery and it has Siamese bores with pressed-in, heavy-duty sleeves, so you won’t get the bore flex of a normal OEM LS aluminum block. They added cross-webbing through the valley to add strength for high horsepower applications, lined the lifter bores, added extra cylinder head bolts and also extra side mounting lugs so the engine can be located using standard LS mounts.

The V12 LS is available as an engine builder kit, a long block or a turn-key motor. The engine builder kit comes with the block, crank, cam, heads and gaskets, allowing you to build your own LS using off-the-shelf parts.

“Everything you know about making power on the V8 platform can be applied to the V12,” Matt says. He explained they typically see about one-and-a-half times the horsepower that they see in V8 applications.

The V12 LS blocks are available cast from aluminum for projects where weight is a concern, and also in cast iron for performance and boosted applications. The crankshafts are made from a piece of billet, and camshafts are available with their specifications or can be custom ground to your own.

Race Cast Engineering sells mostly small parts in Australia, Matt explained, but the majority of the V12 LS engines have gone to the U.S.

“That’s the big market for high-end builds and SEMA cars, etc.,” he says. “Our prototype consulting work is more global. For example, we are developing castings for a European manufacturer’s quad cam supercar engine.”

Race Cast Engineering currently sells more turn-key engines, but enjoys seeing how machine shops apply their own expertise to the platform with the engine builder kits.

“It will be exciting to see the V12 LS reach its full potential with iterations on the platform progressing both in-house and by our customers,” Matt says. “The first boosted engines will be here soon with the Haltech team bolting on four Garrett turbos, and formula drifter Josh Robinson has a twin Magnuson supercharged engine in the build.”

Of course, I had to ask what is the most powerful V12 LS so far?

“Just over 1,000 hp naturally aspirated,” Matt says. “To get there from our standard 750 hp spec (227/238 hydraulic roller with 10:1 compression) requires a longer 3.900˝ stroke, more cam and compression. We are currently building up an engine for higher rpm with the 3.622˝ stroke, smaller journals, solid roller cam and titanium valves. I’m sure that will make even more power, but I’ll be happy if it sounds half as good as a NASCAR engine.”

There’s no question that Matt and Shane Corish are performance car enthusiasts, and while they don’t currently have any involvement in motorsports or racing, Matt explained how that’s about to change.

“We were shopping around for a suitable chassis to race and show the V12s when our friend Rod Saboury offered his 1953 Corvette,” he says. “The opportunity to put the first 6-second street car back on the strip was too good to pass up. The Corvette will be shown at events like PRI and I’m hoping to take it to Drag Week.”

Race Cast Engineering isn’t ignoring other projects and has quite a few new things in the works for performance car enthusiasts around the world.

“Brett from BNR Engines here in Australia has designed an injector hat with really good idle air control even with square throttle blades,” Matt says. “This will solve a lot of problems for people who can’t get a stable idle on blower engines, so we are working with him on prototype castings.

“Another new product about to hit the market is the rotary 20B center plate. Co-developed with X-Treme Rotaries, the casting is far stronger than the Mazda part. These are becoming the weak link in three-rotor engine development, and with the billet plates having other issues, it was time to re-engineer the cast iron part and make it stronger.”

Australia and Puerto Rico have always been strong rotary markets for Race Cast Engineering and the mainland U.S. rotary market is growing.

“Rotary engines seem to be the cool thing to build with YouTubers lately, so that’s having a positive impact,” Matt says.

We’re definitely excited to see the future of the V12 LS and the other projects that Race Cast Engineering has in store for the performance automotive industry. What defines this industry are the people and the collaboration between them, and that is the favorite part of the industry for Matt and Shane Corish as well.

“There is probably just one degree of separation in this whole community of professionals and enthusiasts,” Matt says. “If you need a part, advice, whatever it is, someone will always help. I was having trouble with a tune one day and my buddy calls his buddy. I couldn’t believe it — he called Mike Moran! Not surprisingly, his advice was spot on.”  EB

Advertisement
In this article:Australia, LS Engines