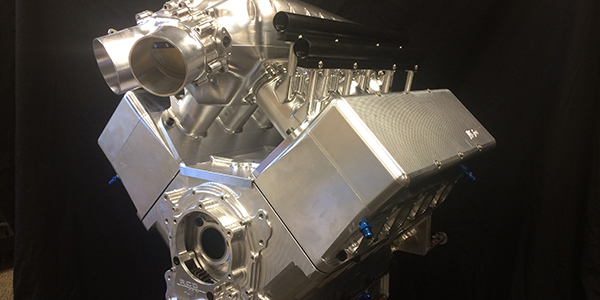 Dave Visner of Visner Engine Development saw some shortcomings with small block Chevys, and noticed that there was a market for big cubic inch small block Chevys. In response, he developed this 4.600˝ bore space small block Chevy engine package as a very viable racing set up for fast racing applications. With some small block engines making close to 4,000 horsepower, Visner built an engine that could handle the power and still be considered a small block.

As a youngster, Dave Visner grew up around his dad’s auto repair shop, and quickly learned that engine work would be his life. In fact, Visner was so sure of this he opened an engine shop at the ripe old age of 20. In those days, he performed stock valve jobs, ported cylinder heads and rebuilt engines.

“I sold that engine shop and went NASCAR racing,” Visner says. “I worked for the NASCAR teams for quite a few years.”

Visner left NASCAR in 2005 and opened Visner Engine Development in Kentwood, MI. His decision to leave NASCAR was due to numerous changes happening within the racing body and Visner thought it was a good time to move on and do something new.

“After that, we started doing contract work for NASCAR, Pro Stock, Australian Supercar – just a wide variety of different specialty, rule-regulated racing,” he says. “About eight years ago, we started buying CNC machines to make a transition from being an R&D development shop to manufacturing.”

Today, Visner Engine Development has 11 employees, including Derik Timmer, head of R&D / shop manager, who has worked for Visner for 10 years now. The machine shop also features 12 CNCs and plenty of other support equipment to allow for all work to be done in-house.

“We’re making a lot of induction products, throttle bodies, billet intake manifolds, billet cylinder heads, billet blocks, and billet valve covers are the biggest parts of our business,” Visner says. “Starting off, we specialized in rule-regulated racing programs and things that were unique to that individual for that form of racing. We were pretty good at modifying engine programs to maximize it for that application.

“When we decided to buy some CNC machines, we decided that if the company was going to grow, we needed to figure out how to manufacture products we could make 20 of rather than just one or two of. That’s where we are right now.”

With plenty of machining capability, Visner Engine Development designs and machines everything from billet oil pans all the way to the throttle body. The shop even manufacturers its own seats and guides. 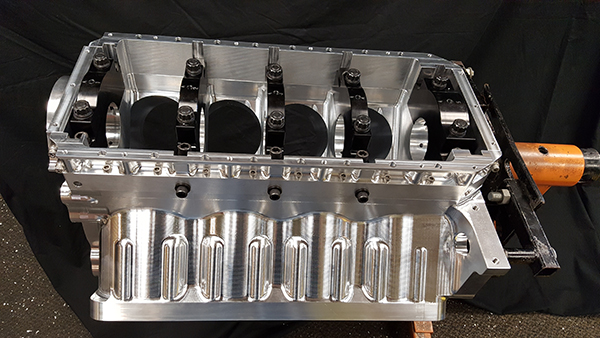 With some small block engines making close to 4,000 horsepower, Visner wanted to build an engine that could handle the power and still be considered a small block. 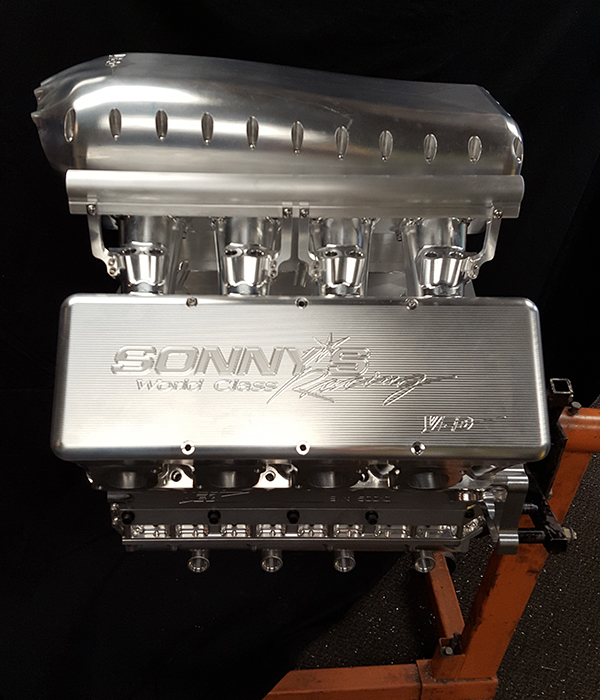 “We start with a billet block, which we offer wet or dry,” he says. “The head studs and main studs are H13, a billet oil pan package comes with it and the billet cylinder heads are a wedge design. The engine package is available in a few different configurations depending on the type of racing and whether it’s nitrous or big boost. We make the rocker gear in-house for it. The engine also has a billet manifold – we have tunnel ram versions and front or rear entry versions for boosted applications. We also install key lifter bushings.”

The engine package also has a Sonny Bryant crankshaft. However, most of Visner’s customers make their own selections when it comes to other internal components.

“We provide the engine package to engine builders,” Visner says. “For those internal components such as the actual finish grind on the camshaft, rods, pistons and ring configuration, that’s up to the end user.”

If customers ask for component suggestions, Visner is happy to make recommendations, but has learned that it’s better not to be his customers’ competition. 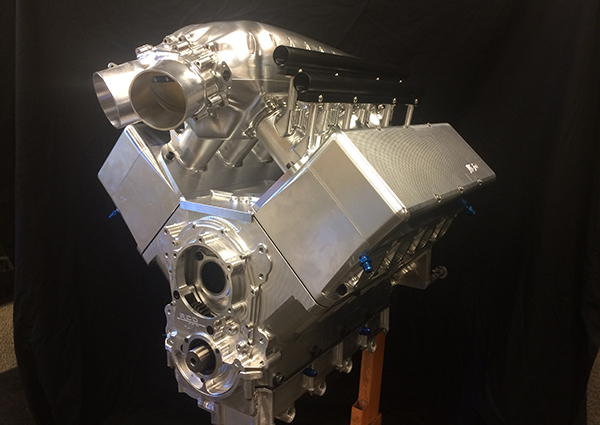 The most unique thing about Visner’s 4.600˝ bore space small block Chevy is the way the shop builds the main assembly.

“There is some debate as to what’s better – a cross billet main cap or a splayed main cap – in this design we utilize both,” Visner says. “That’s the most unique thing about this engine. Other than that, it’s really a bigger version of our symmetric port, small block Chevy head.”

Most guys building off of this engine package are anywhere from 460 cid to 560 cid in size. The power for this engine is really prevalent on boost. According to Visner, everybody who has bought the engine package so far has been using it in a power adder application, whether it’s nitrous or turbocharged. Based off that, the engine package is capable of 2,200–3,800 horsepower. However, Visner stresses that it doesn’t mean you can’t build the engine as a naturally aspirated motor and make a big small block that makes 1,250 hp.

Any way you slice it, Visner’s 4.600˝ bore space small block Chevy has you covered!