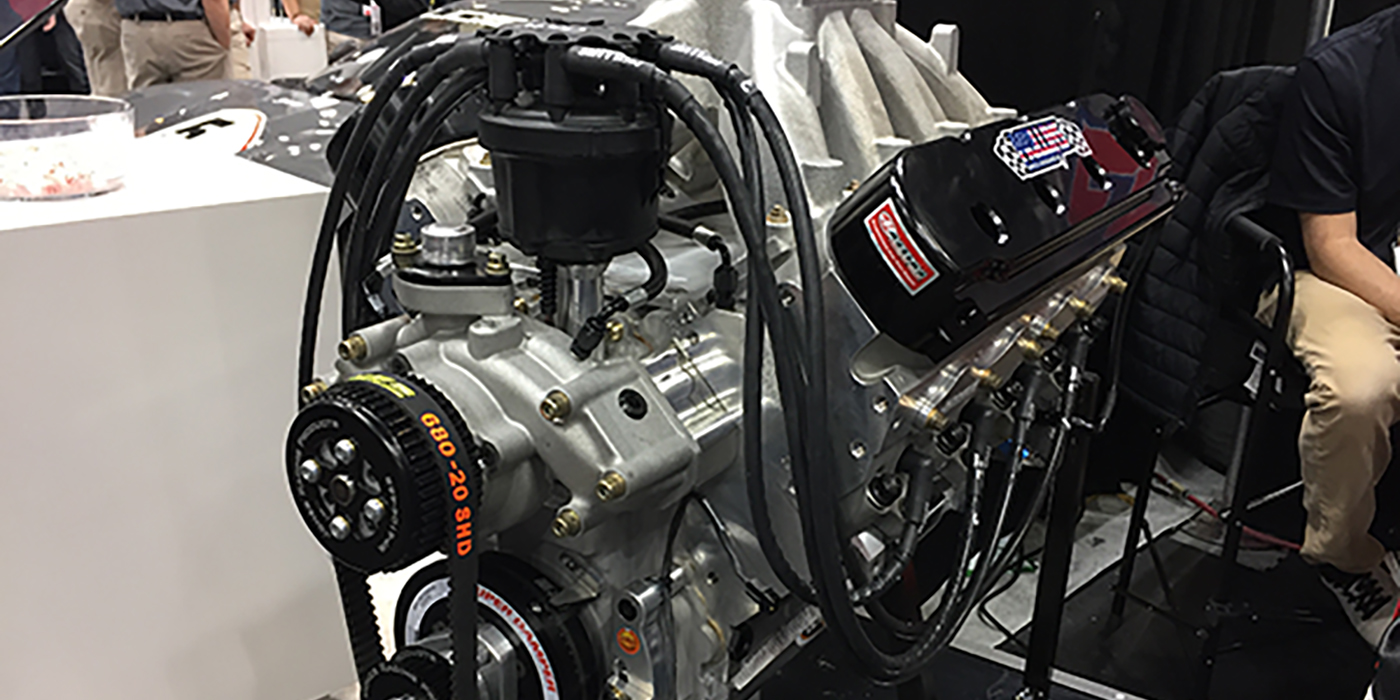 Having spent time attending UTI in Glendale Heights, IL, Chad Mullins began building engines and doing machine work while he was in high school. Just a year later, in 1995, Chad started Mullins Race Engines in Mt. Olive, IL and things took off pretty quickly. With 25 years of engine building under his belt, we caught up with Chad at the 2019 PRI show to talk to him about his shop and his latest LS engine build.

“My brother started racing in ’97,” Mullins says. “That’s when we started dabbling with the dirt track engines. We then got engines in the cars of some regional guys who were running well and things took off from there. We got to a national level around 2004-2005 on the modified side of things.”

What really fanned the fire for Mullins Race Engines was making the switch to CNC machining in 2010. The shop got three machines, which run full time.

“CNC has been a big deal for us,” he says. “We’ve been able to do a lot of different things with that and it’s set us apart from a lot of other builders.”

Mullins’ new engine capabilities has allowed the shop to build high-performance engines for less, and the shop’s most recent project has been to develop a new LS dirt late-model engine.

“We built a 430 cid LS7 engine,” Mullins says. “It was one of those rare occasions where the engine actually performed a lot better than we expected. That never happens. It always goes the other way, and then you’ve got to work on it and work on it. But that LS7 far exceeded our expectations and we sell that engine for $28,000, which is probably 60% of what most guys are paying for engines – and it runs as good as anything out there.”

Mullins Race Engines plans to build this same set up in numerous engine sizes, but the shop started with a 430 cid build and next will be a 420 cid engine.

“What I liked most about the LS7 build was designing it from top to bottom,” he says. “We did the whole deal. We took the cylinder head, had Brodix do some custom changes. It’s our cylinder head that they cast for us and then we do all the final machining in-house. We sent that head off to Mahle and had pistons custom designed around the cylinder head.”

With the LS engine, the parts are nearly unlimited, so Mullins got with manufacturers to develop components more in tune with endurance racing.

“We had to get with Cloyes to have them make a double roll timing set with a Z chain that wasn’t available,” he says. “We also got with Jones Racing Products to redesign a pulley system for the front of it. It’s been a lot of leg work. It’s been a year for this process, but the engine has really taken off thanks to all the work.”

“This engine is loaded,” Mullins says. “It’s a great combination. The beauty of it is every part in that engine is rated to a minimum 1,600 horsepower. These parts are rated way above what the engine will be doing.

“For this price range ($28,200) and the performance (850 hp), there’s certainly no performance disadvantage. I feel like we’re innovators in what we do, and I really feel like this is the biggest thing we’ve ever done.”