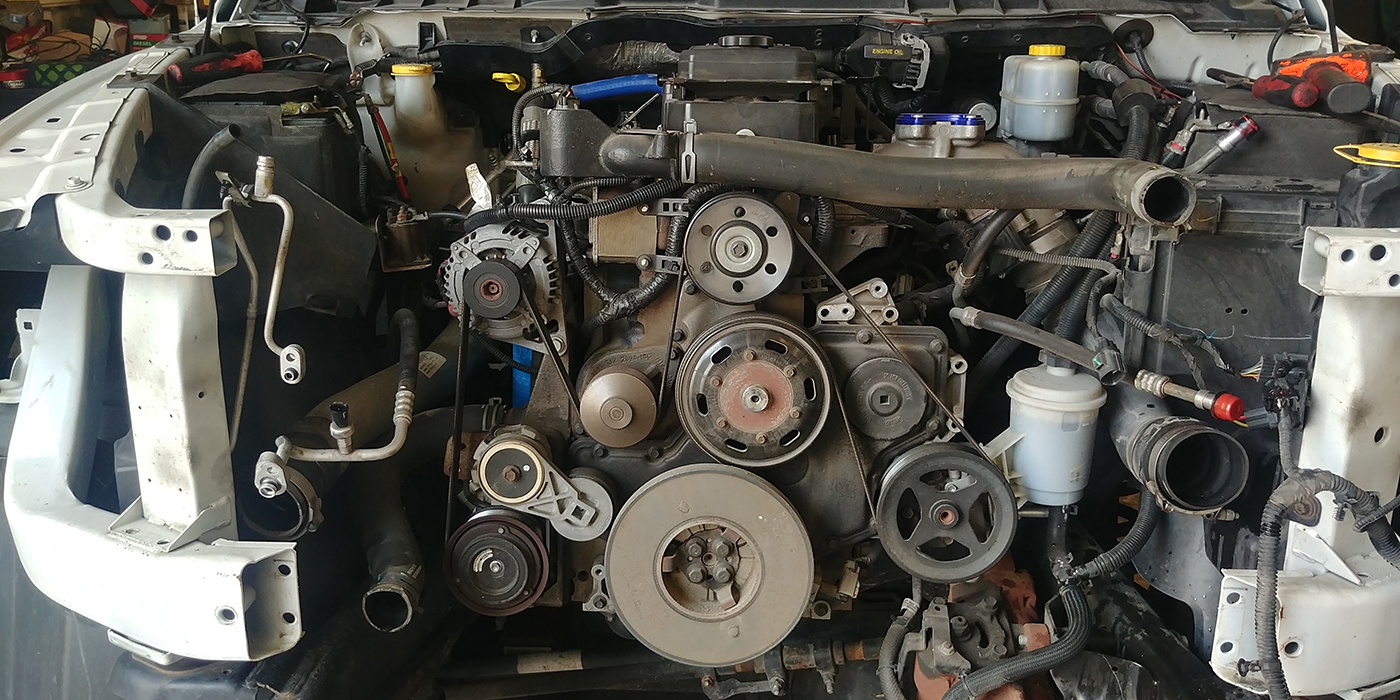 If a customer walks into Twin Diesel Performance asking for a lot of horsepower, Daniel and David Goodwald are happy to oblige. That was exactly the case with this customer’s Dodge 2500 and its 6.7L Cummins. Find out what kind of power Twin Diesel was able to make!

Daniel and David Goodwald are brothers who got their starts in this industry about 15 years ago after getting a chance to work for a family friend at his auto shop. When a couple of diesels started to roll in, Daniel and David were eager to tinker on something other than the regular gas stuff – and they never looked back.

“We left that shop and started with another diesel shop in the area,” Daniel Goodwald says. “We started working on cranes and got into heavy industrial equipment too. We also did a lot of diesel pickup trucks on the side.”

Daniel spent a few years in the service, but after getting out, the two brothers worked for three years straight to build up their diesel clientele.

“We got so crazy running our side business that we pulled the trigger on opening up our own shop,” Daniel says. “It’s been nothing but a blessing and here we are five years later getting bigger every day.”

The shop they started in 2015 is called Twin Diesel Performance and it’s located in Lakeland, FL. Daniel and David are twin brothers, hence the name they chose for their 5,400 sq.-ft. shop, which specializes in Ford, Dodge and Chevrolet diesel engine work, maintenance and repair.

“We actually work on all three of the big diesels,” Goodwald says. “We’re no better at one than the other. We’re a pretty diverse shop when it comes down to that. We do a lot of routine maintenance and repairs, but we also do quite a few performance builds. If a customer comes in here and wants a 1,200-horsepower truck, we can deliver.”

Outside of Daniel and David, Twin Diesel also has two other employees – a 19-year-old named Dalton and another employee named Raymond – helping them out.

“Dalton is a full-fledged badass at what he does,” Goodwald says. “He’s a brilliant kid and definitely an up and coming star in this industry. Then, we’ve got another full-time employee in Raymond who’s a really, really good guy who we’ve known for a long time. He’s definitely a big blessing to us for sure.”

While the four-man shop handles maintenance, repair and much of the engine assembly tasks, Twin Diesel does outsource its machine work to a local machine shop for the heavy lifting processes.

One of the trucks and engines Twin Diesel recently completed was a 6.7L Cummins for a local firefighter with a 2012 Dodge 2500 that needed more power.

“Devin was a new customer,” Daniel says. “We ended up teaming up with Devin pretty wholeheartedly because of his service in the community. He got our information from his chief who we had done a lot of work for in Tampa. Devin had called us and had been in contact with us for about four or five months. We came up with a calculated formula for what he wanted to do to his truck and told him what parts are going to benefit him to get to the 850-horsepower level he wanted. We comprised a build sheet from transmission to fueling to the induction side of things and all the intricate parts we had to build off of to make that power achievable on a reliable platform.”

First things first, Twin Diesel ended up doing a lot of head work on the engine. The shop used the factory Cummins MLS gasket and put in a set of ARP 625s on the upper end.

“We got in touch with Manton to get some 130-lb. valve springs with their billet trunnions, billet bridges and their 7/16ths pushrods. We used Industrial Injection’s 100% over injectors with their dual fueler kit. Air Dog is responsible for the 200-gallon-per-hour lift pump. We also got ahold of Stainless Diesel and put an S467 turbo on it.

“Then we got with Fleece Performance and ended up using their function block for the dual fueler kit. It’s got a custom machined D&J Precision valve cover on it with their inlaid baffles. Then we ended up going with a Spearco intercooler with Pusher’s upgraded intercooler piping as well as their intake elbow. We also added a Turbosmart blow off valve, a Stage 5 Snow Performance water to meth kit and it’s got a RevMax 850 series trans.”

That peak performance is also thanks to AMSOIL running through the engine, which is Twin Diesel Performance’s go-to oil.

“We’ve been a direct dealer for AMSOIL for the past five years – ever since we opened up,” Daniel says. “AMSOIL has worked out pretty good for us.”

Devin has been happy with his rebuilt Cummins and uses his Dodge 2500 for towing and weekend trips to the track!

VDP 6.0L Powerstroke
Connect with us 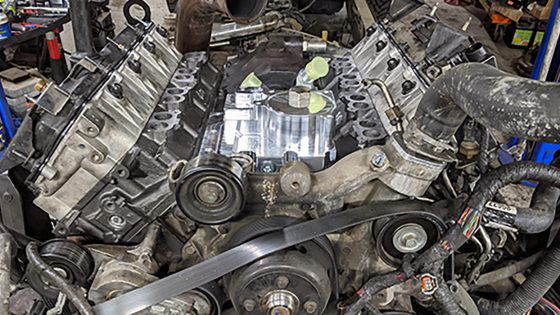 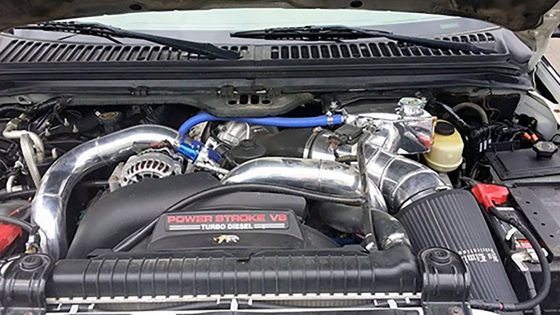