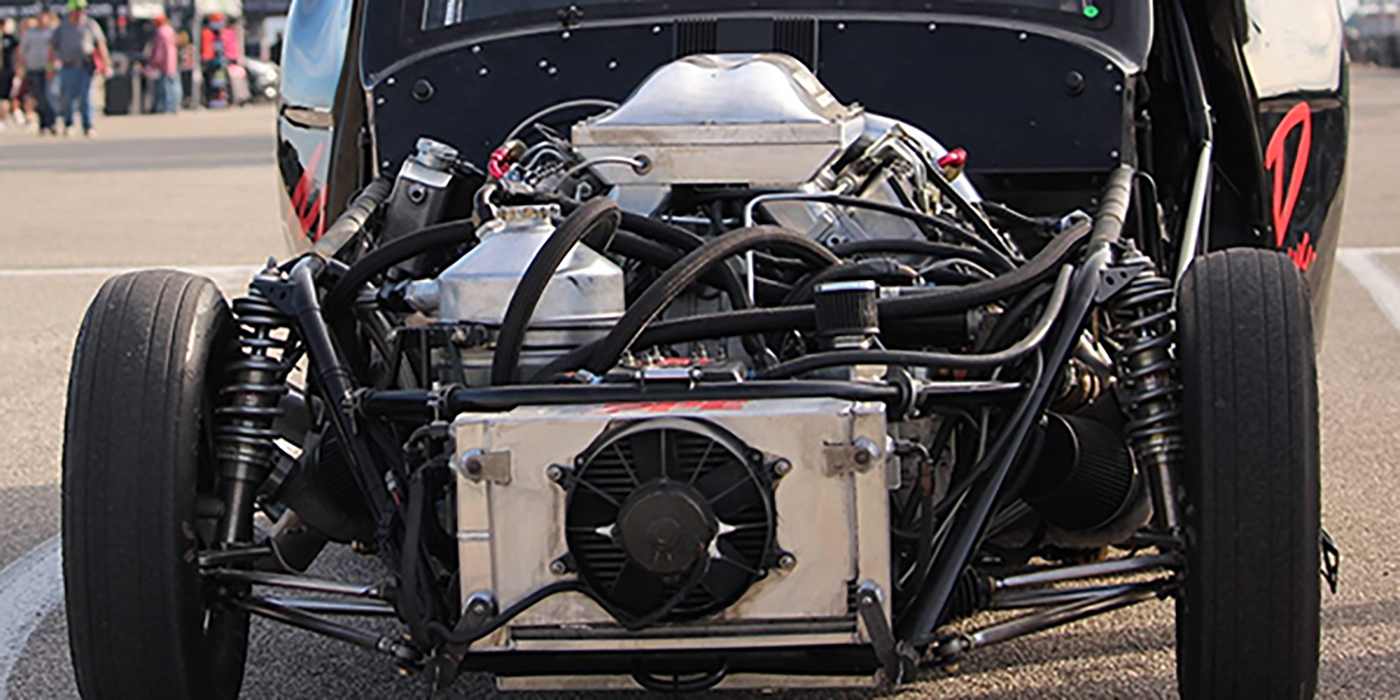 Nicknamed the Batmobile, G&J Diesel’s 1941 Willys Pro Mod race car features a twin-turbo 6.6L Duramax under the hood capable of 1,400 horsepower! Find out what went into this build that would have Batman himself jealous.

As kids, most of us look up to super heroes such as Superman, Spider-Man or Batman. If you’re Brad Makinen, owner of G&J Diesel in Billings, MT, you just like the fact that your race car resembles Batman’s Batmobile. And we can’t blame him for that, because his diesel race car does look seriously impressive.

We recently caught up with G&J Diesel employee Jay Sandvig to find out a little more about the diesel shop’s 1941 Willys Pro Mod race car with a 2006-‘07 LBZ Duramax under the hood.

“I started here just under three years ago in 2017,” Sandvig says. “I had been working in an RV dealership and RVs aren’t very fun, so I wanted to go do something a little bit different. My roommate is Gage, who is Brad and Tracy Makinen’s son. They own the shop and he suggested I apply for a job here.”

G&J Diesel has been in business since 1993. Back then, the shop used to do work on both gas and diesel engines, but has always specialized in diesels more. About 10 years ago, the shop moved to just doing diesel work and no gas at all.

In addition to doing regular diesel repair work and performance work, G&J Diesel also has a full-service machine shop to be able to do cylinder boring, surfacing, valve jobs, and more, and also sells parts.

“We do work on all diesels – Duramax, Cummins, Powerstroke – we will even work on Volkswagen TDIs, but the Duramax is what we’re known most for because that’s what we put in our race trucks, Sandvig says.

G&J Diesel has 11 employees, which includes Brad and Tracy Makinen, a tech, three junior techs, a machinist and four office people. G&J’s claim to fame would its racing pedigree.

“We have multiple NHRDA championships,” Sandvig says. “We have a 1941 Willys Pro Mod car with a LBZ Duramax engine and it runs about 7.5 seconds. It’s won quite a bit of those final’s races.”

That 1941 Willys Pro Mod car also has a sleek, black fiberglass body, which is why it is nicknamed The Batmobile, and it’s the setup we wanted to know a little bit more about.

“We used to have an early to mid-‘90s half ton Chevy pickup that we put a Duramax in and it was called the Dirty Max,” he says. “We had won several races with it, but we blew up the motor in it. We partnered with MBRP Exhaust because they’re pretty good friends with Brad and they bought into this race car 50/50 and we put together the motor along with a little help from Industrial Injection. We’ve gone out there a couple of times to dyno it and fine tune it on their engine dyno.

We may be going out on a limb, but even Batman may be jealous of this one!