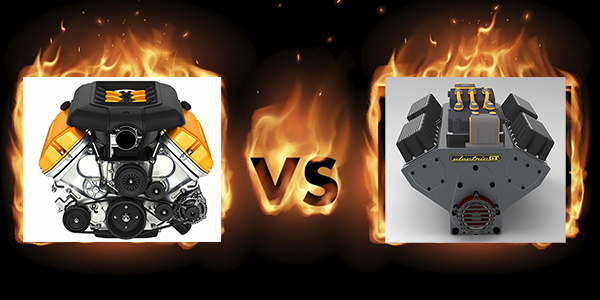 The writing is on the wall that electric-powered vehicles will take over gas-powered ones. However, is the technology and infrastructure truly ready?

The dominance of the global market for electric vehicles (EVs) seems inevitable. Nations are placing much tighter regulations on emissions standards and are attempting to speed up the adoption of EVs. The United Kingdom is developing a plan to ban sales of fully gas-powered and diesel-powered vehicles by 2035 and other countries in Europe, such as Sweden, Iceland, and Denmark, want this ban by 2030. Even in the United States, the governor of California made an announcement that the sale of gas-powered cars will end by 2035, and both GM and Ford have come out with aggressive deadlines for their electric vehicles.

According to the International Energy Agency, global EV sales in 2019 reached 2.1 million vehicles, which was an increase of 6% from 2018 sales. Meanwhile, almost every vehicle manufacturer has created electric variants of their cars and trucks. Despite this large increase in the adoption of EVs, there are still many situations where gas-powered vehicles with internal combustion engines (ICE) work better than EVs, and they cannot be ignored right now.

Maybe the most significant barrier to the wide adoption of EVs is the price compared to ICE vehicles. It is predicted that consumers will spend less on operational expenses for EVs, such as paying for electricity and repair/maintenance. Even still, the upfront capital costs for EVs and their higher manufacturing costs still bring the total price for the consumer above the price for ICEs. Regarding operational costs, another consideration is that as more ICE vehicles get replaced with EVs, supply and demand will simply increase the price of grid power while decreasing the price of gasoline.

A report published by Arthur D. Little in 2016 provided an analysis of costs over a 20-year lifetime of battery electric vehicles (BEVs) compared to ICE vehicles. They proposed that for compact ICE versus compact BEV, the BEV had an overall cost that was 44% higher than the ICE vehicle. They also proposed an even larger increase in price of 60% for a mid-size BEV compared to a mid-size ICE vehicle. This total cost analysis not only includes operational costs incurred by the consumer, but also the manufacturing and disposal costs at the end of the vehicle’s lifetime.

The results are highlighted in Figure 1.

Although this seems like a large difference, a more recent assessment provided by Car and Driver magazine showed a decrease in the price difference, with EVs still slightly more expensive. They compared two small ICE vehicles with their EV equivalents, namely the Hyundai Kona and the Mini Hardtop/Mini Electric. For the Mini, the ICE version was calculated to be only around $350 cheaper, however, the ICE version of the Kona was cheaper by almost $8,000. In this study, they accounted for factors such as maintenance, energy usage, gas or charging costs, and depreciation, but they used many price averages and disregarded additional factors like financing and insurance premiums. They also applied a government tax credit for using the electric vehicles, but admitted that this incentive may not apply for every EV.

Another major consumer issue is the range associated with EVs. According to surveys, consumers in the United States are very worried about draining the battery of an electric vehicle and then not being able to get to a charging station. A typical battery for BEVs is the 40kWh lithium-ion battery pack, which can usually last for around 150 miles. The Tesla S Long Range is equipped with a 100kWh battery that has a real-world range of about 320 miles. The average range for any EV under $40k was 187 miles. Meanwhile, the lowest range for an ICE vehicle is 240 miles, with some vehicles able to achieve up to 703 miles. Additionally, assuming ideal charging/discharging, the batteries will degrade by 2-3 percent per year for a reasonably priced EV, so the range would decrease over the lifetime of the vehicle.

The range of an EV is also known to decrease in colder temperatures. Cold weather slows down the underlying chemistry in the batteries, resulting in sluggish performance and inefficient discharge. Additionally, motors tend to operate less efficiently in colder weather. Further, in ICE vehicles, the engine generates heat that can keep the cabin warm, but EVs will not have an engine to generate this heat; the heat will have to come from an electrical source, which will also cut into its range. Additional factors that deplete electricity are extended use of headlights during shorter days and defrosting windows from condensation.

Consumer Reports conducted an experiment using both a Tesla Model 3 and a Nissan Leaf, both of which are full EVs. They drove each vehicle for 64 miles around their test track when the temperature was between 0°C and 10°C. They found that with the Tesla, the car had a remaining range of 189, although the EPA estimated total range for this Tesla model is 310 miles. That means that the vehicle used 121 miles worth of range to only travel 64 miles. Similarly, the Nissan has an EPA estimated total range of 151 miles. After the 64-mile journey, the vehicle displayed a remaining range of 10 miles. This means that the cold weather range dropped from 151 miles down to only 74 miles. This is slightly more than a 50% decrease.

Another inconvenience of EVs is the charging time. Gas-powered vehicles ranging in size from compact sedans to pickup trucks only take a few minutes to fill their tanks completely. The Tesla Model S Long Range, on the other hand, can take up to seven hours to charge up to a range of around 120 miles. There are faster chargers, known as Level 3, available in many public places that reduce the charging time to only about 30 minutes to add 125 miles of range, but not all EVs are able to use the Level 3 charging. Faster charging also introduces some safety issues, especially as more EVs are on the road. If fast charging is applied to slightly damaged battery packs, they can start to degrade very quickly.

While there are several consumer-based issues with EVs, there are larger societal impacts of switching completely away from ICEs to EVs. The average EV utilizes around 30 kWh/100 miles, and the average vehicle gets driven around 13,500 miles in the US. Given that there are 227 million drivers in the US, switching completely to EVs would equate to a need to produce an additional 920 billion kWh of energy. As such, the U.S. would need to increase its electricity production by 25% (assuming a 90% transmission efficiency, 92% charging efficiency). This equates to 127 new nuclear reactors, 3.8 million acres of solar panels, or 300,000 acres of wind farms.

There will be additional issues with infrastructure from mechanics not having been trained to handle EVs and maintenance areas not having the proper equipment to make repairs. For EVs to be considered practical, there would need to be a significant overhaul to the infrastructure. There is little overlap between traditional cars and EVs, so the existing facilities could not readily be translated over. While many people will recharge in their homes, there will be a large need for recharging stations for drivers that are exceeding the range of their vehicles. A 2018 report from McKinsey & Company predicted that the energy demand for an EV owner will likely only be met with a combination of home, workplace, and long-distance charging stations. Additionally, the 200,000 auto repair and maintenance shops existing now would require overhauling to handle EVs.

Meanwhile, one of the primary goals of the shift to EVs is to reduce overall emissions of CO2 and other greenhouse gases into the atmosphere. While EVs can have a large impact on this issue by using zero-emissions technology, we must not forget that EVs still contribute indirectly to emissions. The EPA tracks carbon emissions every year and in 2018, they estimated that about 27% of total emissions from the U.S. were from electricity generation. Along these lines, it was found that about 63% of electricity was generated by burning fossil fuels.

In addition to indirect emissions, the potential for other detrimental impacts of EVs accounted for toxicity towards humans and freshwater habitats. When measuring the human toxicity potential (HTP) for EVs and ICE vehicles, research has looked at all aspects of an average 20-year lifetime of a vehicle from manufacture to dismantling. Overall, they found that the HTP from EVs impacted human health in a way that reduces lifetime by 20 days, as opposed to an HTP from ICE vehicles that only shortened human lifetime by six days.

Dealing with EVs also brings some challenges for lubrication engineers in the field of tribology. There has been much improvement over the last decade in the tribological characteristics of lubricants for gas vehicles by using additives, but many of these advancements have not been tested with EVs yet. Also, the lubricants that will be used in EVs need to have a completely new set of properties, such as electrical conductivity, breakdown voltage, and thermal conductivity, while retaining the excellent tribological characteristics that have been applied to ICE vehicles. The lubricants also need to be able to interact well with the polymers used in EV components and be very resistant to copper erosion.

Up to this point, there have been several reports of new EV lubrication systems with good energy efficiency, but still more research needs to be done. Lubricants need to be able to handle current in the bearings and improve conduction at the lubricated contacts. An optimal choice for electrical conductivity must be selected because the electrical conductivity cannot be too high or too low. Lubricants must also respond well to rapid changes in temperature and to frequent starting and stopping. There has been a shift in focus towards biodegradable and eco-friendly lubricants for all vehicles, so this should also be incorporated into the EV system.

EVs might have a great potential to introduce zero-emissions technology around the world and lessen the increase in emission rates. However, EVs still have a long way to go before making a breakthrough into the worldwide automobile markets. Challenges such as high overall cost, limited ranges, limited electrical infrastructure, long charging time, electricity from fossil fuels, and toxicity all result in EVs remaining somewhat of a novelty. Several nations have stated they will issue bans on the sale of gas-powered vehicles by as early as 2030. If any of these issues are not addressed within the next 10 years, there could be severe roadblocks that were not accounted for.

About the authors:
Dr. Raj Shah is currently a director at Koehler Instrument Company, a renowned manufacturer of petroleum testing instruments, and an active ASTM member for the last 25 years. He held numerous leadership positions within various ASTM committees and is recipient of the ASTM award of Excellence and the ASTM Eagle Award. Dr. Shah has a Ph.D in Chemical Engineering from Penn State University and is a Fellow from The Chartered Management Institute in London.

Dr. Vikram Mittal is an assistant professor at the United States Military Academy in the Department of Systems Engineering. He earned his doctorate in Mechanical Engineering at the Massachusetts Institute of Technology. His current research interests include system design, model-based systems engineering, and engine knock.

Nathan Aragon is a chemical engineering student at Stony Brook University where Dr’s. Shah and Mittal are part of the advisory board of directors. Nathan is also a part of an internship program at Koehler Instrument Company.