For many performance engine builders, the end of the year may be much busier than expected. While there is no racing going on in most parts of the country, there’s still plenty of preparation for next year. No doubt, some engine builder haven’t been able to keep racing off their minds lately – even while watching “Dancing With The Stars,” where two time Indy 500 winner Helio Castroneves won the coveted Mirrorball Trophy – still others will end the racing season (or kick off the new one) in Orlando for the Advanced Engine Technology Conference (AETC) and the Performance Racing Industry (PRI) Trade Show.

The buzz around last year’s PRI Show was all about crate racing engines and how they could save short track racing. Well, by and large, it has reinvigorated a lot of racers who couldn’t afford the escalating costs of racing any more, and it’s brought in some fresh new racers also. That has been a good thing.

But for racing engine builders it seems as though there is a darkening cloud looming on the horizon, ready to cast i 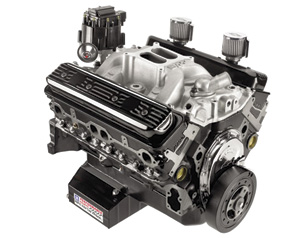 ts shadow over what many have come to rely on: grassroots racing engine markets. No matter what part of the racing industry you service, chances are that you make much of your money at the regional level where the largest numbers of racers are concentrated.

According to a few racing analysts, short track racing was in big trouble before tracks and sanctioning bodies started adopting crate engine rules. The cost to go racing has always been high, but it had skyrocketed out of reach for some racers. Crate racing classes helps to keep people racing who normally wouldn’t be able to afford it. There are more racing organizations looking at crate and spec engines than ever before. But what will that cost be to engine builders who make their living building competitive custom race engines? This trend could limit an engine builder’s chances of gaining new business or even staying in business if he is not diversified in other areas. 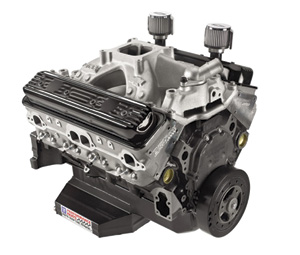