As we reported in our 2009 Machine Shop Market Profile, the total number of engines built is down, however, savvy engine builders know that finding the right niche markets can make the difference between success and failure of their business.

With OEMs making engines that last well into the 200,000-mile range it’s no wonder rebuilders are feeling the squeeze in the replacement engine market. Engines aren’t what they used to be: they are better. While the small block Chevy is still king according to most shops, there are a number of other opportunities for engine builders who are looking to separate themselves from the pack.

Many of the shops that are around today have had to invest in new tooling and equipment in the last few years to keep pace with the changes in engine technology such as overhead cams, smaller valves and guides, aluminum heads, smoother surface finishes and lighter blocks. To remain competitive, many shops have also felt the pressure to upgrade their equipment so they can boost productivity, deliver higher quality work, and handle a wider variety of engines.

The following details some markets we have touched on in the past which we feel offer potential for shops to utilize their existing equipment and technical expertise. Obviously, this list is far from exhaustive: there are many more markets that exist for engine builders than we have space to print.

Off-Highway and On Highway Diesels

As our 2009 MSMP details, diesel engine rebuilds are on the upswing. The number of four- and six-cylinder diesel engines produced each month actually climbed from the previous year. These engines range in size from compact 4-cylinder applications in skidsteers to mid-sized trucks and heavy-duty applications. For most automotive engine builders, however, it is the smaller to mid-sized diesels that offer your best potential. You can do most of the machine work on these engines with the tooling you already have.  Check out Bob McDonald’s “Diesel Dialogue” on page 12 of this issue for encouragement on getting more involved with diesels.

One of the more popular mid-range diesels is the 7.3L/6.0L Ford/Navistar Power Stroke. There are many of these engines on the road in a variety of applications from ambulances to airport equipment. Ford and Navistar have had a working relationship for years, with Navistar producing engines for Ford’s full-size trucks.

Another popular mid-range diesel is the Caterpillar 3208 that was used in Ford 7000 and 8000 series trucks beginning in the mid-1970s. By the early ’80s there was hardly a city fleet anywhere in the country that did not have a Ford with a 3208.

Ford and Caterpillar hit a home run with this combination, a partnership that lasted all the way through 1990. This engine can be a nice addition to your remanufactured line but it is recommended that you get the manual from Cat as you might be lost without it and there is not a lot of information available elsewhere. Engine Builder contributor Roy Berndt detailed many of the finer points of this engine in September’s issue.

The marine market is relatively small compared to automotive. Some estimates say it may be just 1 percent of automotive, but there are still opportunities for the right shops. Shops located close to large bodies of water have an advantage because there is obviously a larger concentration of boaters in the area.

However, being near water is not a requirement for success in the marine market. Like most niche markets, it takes time, patience and a strong interest in the types of applications these engines are used in to succeed. The marine market is a smaller, tight-knit community with many hardcore boaters communicating and sharing their passion through a few popular online forums such as SeriousOffshore.com.

Some of the engine builders we spoke with said that they have found business through active participation in these online communities. Everyone knows each other and when people ask where to take their high-dollar performance boat engine, people in these forums talk.

The marine market ranges all over, from carbureted to EFI, supercharged and all sorts of different directions. Many experts say boaters can get a lot more bang for their buck if they go with a custom marine engine over a glorified “crate engine.”

Mention the words “small engine repair” and you typically think of lawnmowers and garden tractors, maybe even chainsaw motors, portable generators and so on. But the hottest non-traditional small engine opportunities today are in karts, junior dragsters, personal water craft (PWCs), ATVs and motorcycles.

One area that has seen a lot of growth in the last decade is karting. Karting can be a great sport for families as well as a profitable business for the right shop. Even as a side business for shops whose staff may be involved already with their kids, it can make sense. There are many classes from flathead Briggs & Stratton to high-horsepower, 125 mph shifter karts.

About 10 years ago shifter kart racing burst onto the American karting scene promising a driving and racing experience more like an open wheel formula car than the traditional 100cc or Briggs-powered kart could provide. With substantially more power, a six-speed sequential gearbox and 4-wheel brakes, they certainly delivered.

Initially the engine of choice in the U.S. was a 125cc motocross engine; Honda was the predominant brand. After a few years of “Moto” engines the dedicated Italian 125cc kart shifter motors migrated here from European Formula C shifter racing. Known as ICC engines with a variety of brands, they were nearly race-ready out of the box and thrived with broad, high-rpm power curves. For the last few years these dedicated ICC kart motors have become the backbone of the Pro classes in shifter kart racing.

Karting engines such as the ICCs and Honda’s can be relatively easy to build for an experienced builder and offer profit potential much greater than traditional automotive work. In fact, some shifter kart engines can cost as much as $7,000 to $10,000 with a professional engine build that includes port work and blueprinting. These high-revving race engines need to be rebuilt often because they are stressed to the limits. Rods, pistons, rings and bearings get replaced regularly by national level kart racers.

The motorcycle engine market is another avenue that automotive builders may choose to increase business and profitability, and you don’t really need a lot of special tooling to get started. Experts say that Harley-Davidson performance engine rebuilds offer the most potential to shops because of the numbers and amount of aftermarket parts available. But vintage bike engine builds offer plenty of rebuilding opportunities as well. Although there is some rebuilding going on among the more complex Japanese bikes, experts say the market for machine work is smaller and more specialized.

The evolution of the restoration market has come thanks to the rat rod, resto-mod, resto-rod car culture, say experts. Old school hot rods continue to be popular. Some of the most popular engines are 348/409, 216/235 Chevy, Nailhead Buick, Flathead Ford, Hemi engines, and 331/365/390 Caddys. These engines have a nice look to them and cores are still available at car shows and swap meets.

Some engine parts are becoming more difficult to find, but for many older applications, parts are readily avaliable. Experts say new old stock (NOS) is drying up on some applications. There are a few companies dedicated to restoration parts and will source as many parts as possible in cases where parts are hard to find. As a restoration engine specialist, you will have to be prepared to put in extra time to find, make or repair the correct parts.

In the sprint car market, you find engine combinations of mostly V8s, from 305 cid to 410 cid. The most common are 360 and 410 cubic inch motors. While you do find a few Fords, most are Chevrolet. Several years ago, Mopar jumped into the sprint car wars and you also see a number of them on the track, depending on the series. They were very popular a few years ago, but the small block Chevy has caught back up. There are also a few V6 engines used in sprint cars.

Experts say, if you want to get into the sprint car engine business, the first thing you need is a rulebook for the organizations and/or tracks that you will be building engines for. Keep in mind that in most cases sprint car racing is a much higher level of racing than the street stocks, bombers, or even modifieds that you find at many tracks, and, if it is one of the 50-plus traveling organizations, they are all professional teams.

In road racing there are as many classes (if not more than) as in other forms of motorsports. You can count on a regional weekend to provide several groups of Improved Touring, GT and production-based classes along with a fair share of purpose-built race cars such as Formula Fords, Continentals and Sportsracers among others.

Engine builders may have the most opportunity to show their skills in the higher-end classes where horsepower is a premium or the specialized spec engine classes where the finer points make the difference between first and mid-pack. It is difficult to build for everything road racing has to offer, so you should specialize in a class where you may have a few customers or friends already or where there’s an interest to begin with.

One of the troubling trends in road racing, and racing at the grassroots level in general, is that many of the new classes are spec classes with either very limited engine mods or, essentially, none. This is not a good sign for engine builders who want to be involved in road racing, or any other motorsports division where there are so many limitations. However, many of club racers do not do their own engine work and would rather pay someone who knows how to do it right.

Is there work out there for you? Definitely, especially if you follow your interests. 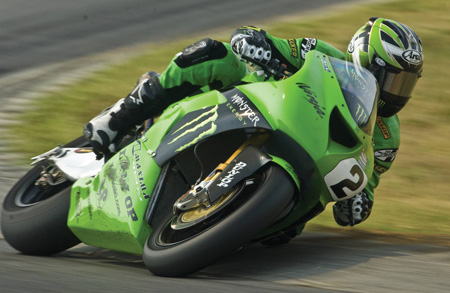 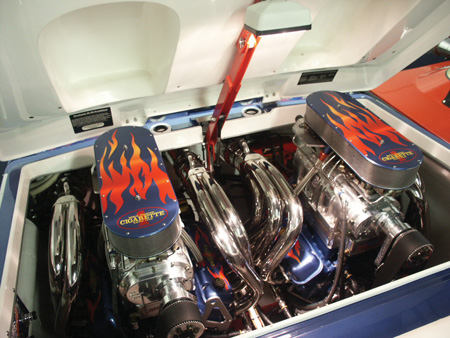 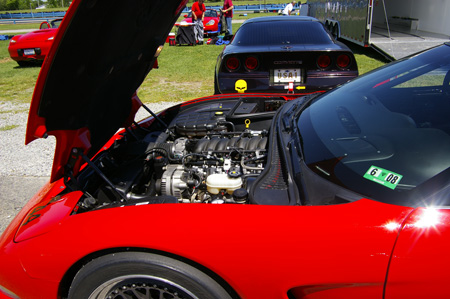 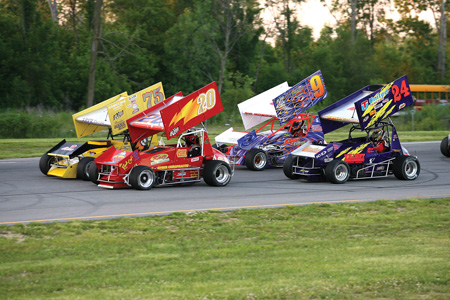