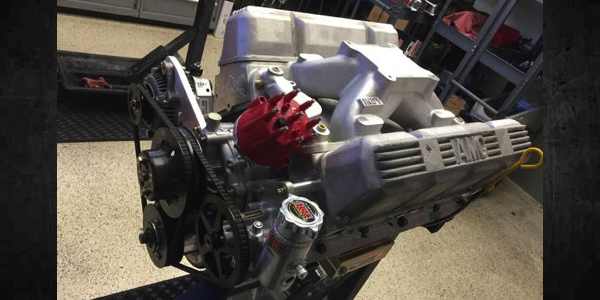 Rhyne Competition Engines prides itself on being a rather diverse shop capable of working on performance, marine and off-road engines, so when a customer brought in an AMC AMX engine, Mike McKinney was excited to dive into the project.

For many of you in the engine builder community, word of mouth among your customers has a large impact on your business. That was the case when a customer brought in a 1969 AMC AMX engine to the guys at Rhyne Competition Engines in Gary, IN. Mike McKinney, the shop’s GM, says another customer who had work done on a blower motor referred his buddy with the AMX. 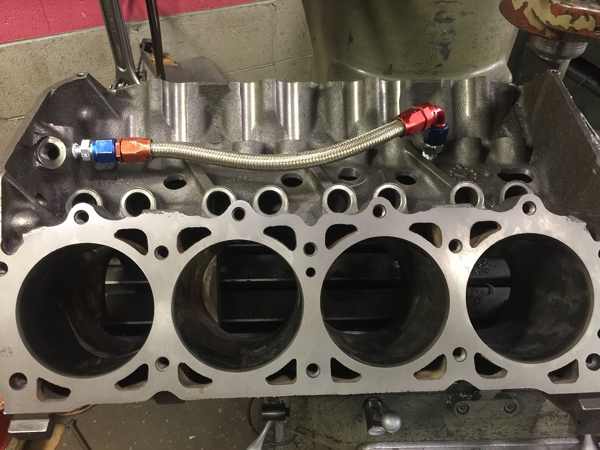 The same way Rhyne Competition Engines gained this customer’s business is how the shop opened in the first place. Joe Rhyne started the business in the mid-’70s. He was a NHRA drag racer himself and was looking for places to have his machine work done for his own engines. At the time there was a lack of places in his area available, so he would take his stuff up to Michigan to Richard Maskin of Dart who was just starting his businesses. 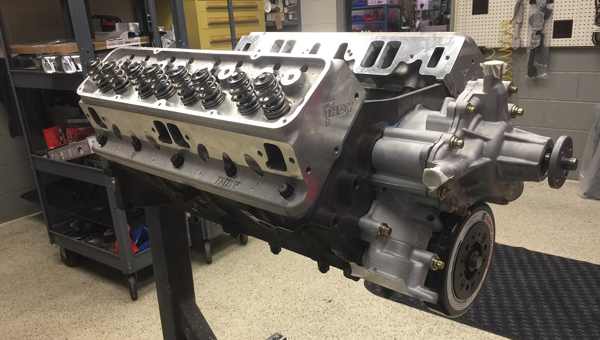 Eventually, instead of making that trip every time he needed machine work done, Joe started buying his own equipment. “He always says he never intended to start the shop, but the shop started itself when other racers found out he had equipment to bore and hone a block, do crankshaft work, prep work, balancing, etc. and asked him to do work,” McKinney says. “That’s how the shop got into business. Joe is now in his mid-60s and is still active in the business as are his two sons, Matt and Joe Jr.” 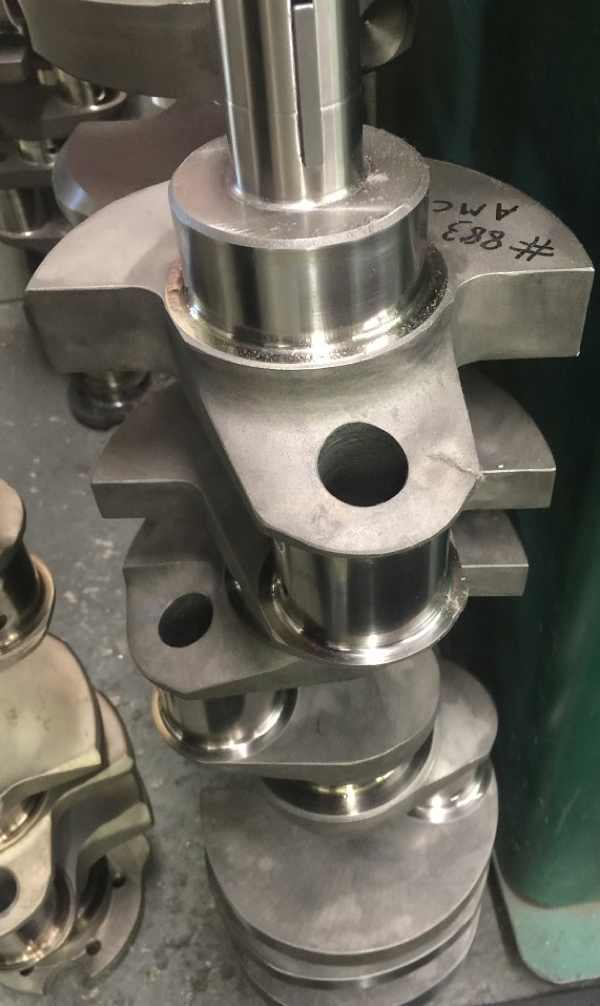 Rhyne Competition Engines has worked on builds from ARCA to late-model dirt, but has always been a very, very diverse shop doing work on off-road trucks in the Baja races, restoration jobs, marine, drag race engines, road race engines, and street engines, so the AMX engine job was right at home. 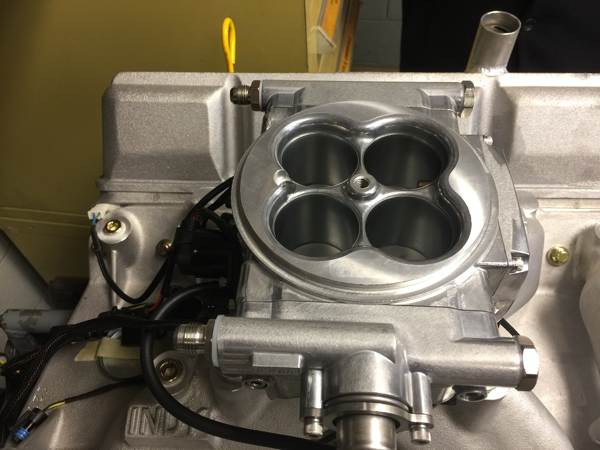 “About the only thing we used out of the customer’s original 390 motor was the block,” McKinney says. “Everything else is aftermarket parts in the engine. The customer wanted a stroker motor, so we ended up at 442 cid from 390 cid.”

The toughest thing McKinney and the guys at Rhyne faced with the AMC engine was acquiring the parts. “It’s not like a small block Chevy where everyone has a valve cover or intake manifold,” he says. “The biggest obstacle with an AMC like this one is acquiring good, quality performance parts. Even some of the suppliers that have the parts don’t keep them on the shelf.” 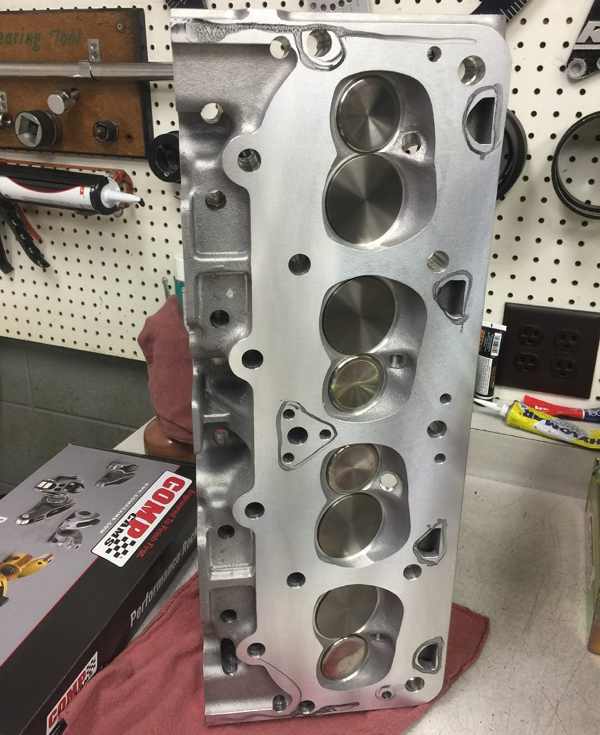 Obstacles aside, the shop managed to find the parts they needed to put together a great engine. “There aren’t a lot of people who make aftermarket AMC cranks, but we were fortunate that K1 Technologies did make one, so we purchased that in a 4” stroke,” he says. “We also got some Molnar connecting rods that are 5.850” length. We used JE Pistons and Total Seal rings. The bore of the engine is 4.195”, which gave us a comfortable 1.325” pin height, so you have some skirt volume there for a street piston. The pistons were built out of JE’s 4032 material, which is from JE’s SRP line for expansion and contraction so the engine doesn’t have any cold-knocking noise. We have Dura-Bond cam bearings in the motor and Clevite main bearings. We picked a COMP Cams hydraulic roller camshaft with Lunati lifters and a Cloyes timing set. For the cylinder heads there aren’t a lot of choices for an AMC engine, but we ended up with an Indy Cylinder Head package for the 235cc runner volume. 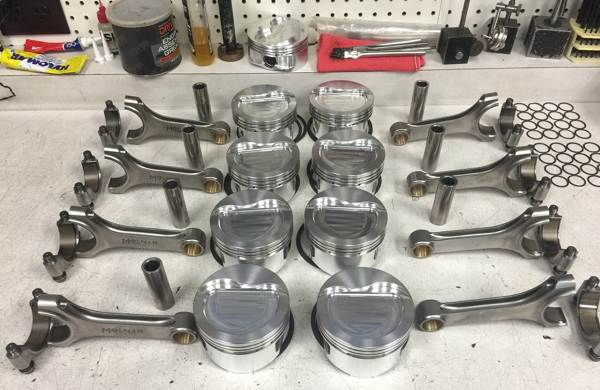 “Since it’s a 400-plus cid motor, we needed some runner volume in the intake. The compression on the motor ended up being 10.2:1, which is perfect for pump 93 fuel. Most of the rest of the valve train is COMP Cams. We have Beehive springs, retainers, locks, locators and rocker arms. We have Trend 3/8ths push rods in the engine and all ARP Fasteners for the headbolts, rocker studs and such. We have a Melling oil pump in the engine with a Canton oil pan.” 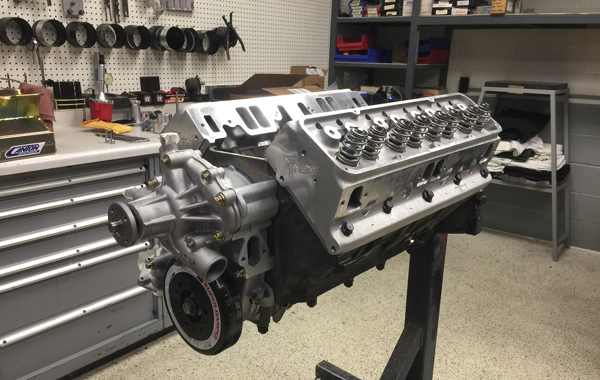 As noted, AMCs aren’t as common as other engines, so Rhyne did a little custom work when it came to the oiling system. “Whether it’s a Mopar or an AMC, the way the oil pump works is it feeds through the lifters,” he says. “As it starts in the front and works its way back, every lifter is basically a slight oil leak because there isn’t a real tight tolerance there. So as you get to the rear lifters you start losing oil pressure and it takes away oil pressure from the mains and the rods. We put an internal oil line in the valley that fed about two-thirds of the way down, so you have equal pressure in that area. In the back of the block too we did the same thing where we came right off the main galley and had our oil pressure tap there so the oil pressure is a more accurate reading. The oil pump pick up is an external line instead of the internal pump line, and it comes out of the side of the oil pan and goes up to the oil pump itself. We thought that was a better situation because the engine is for a Pro Touring car.” 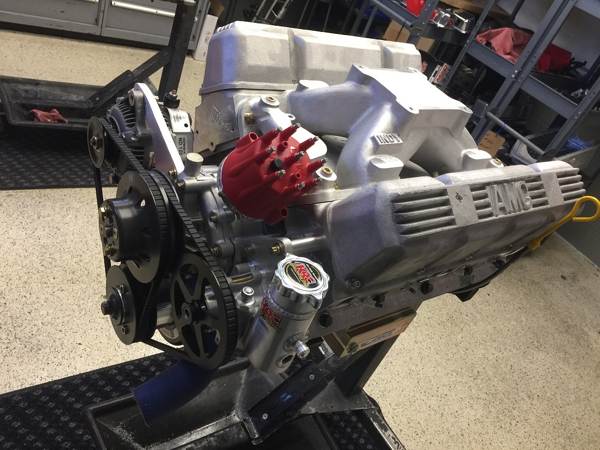 The engine’s intake manifold is also from Indy Cylinder Head and has an open plenum design that McKinney sent to RPM Performance in Indianapolis for a port job. The shop also used Ferrea stainless steel exhaust valves and Xceldyne titanium intake valves.

“We ended up at 530 hp on our dyno and the maximum torque was 520 ft.lbs.,” McKinney says. “The great thing about this engine is that it makes more than 400 ft.lbs. of torque from below 3,000 rpm all the way to 6,500 rpm. That’s more what we designed it for. It’s not the type of motor where you have to keep the RPMs up, but where it has torque throughout the whole RPM range, so it’s very forgiving.” 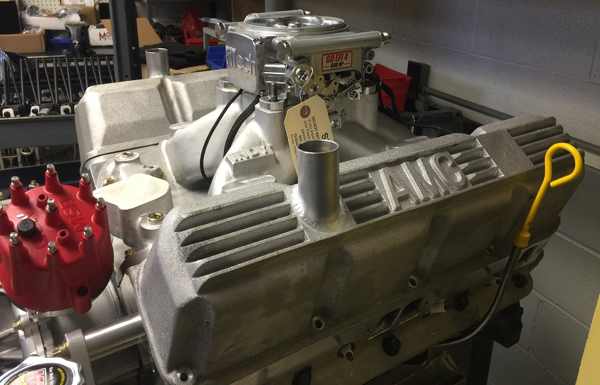 In total, the build took about 10 weeks, and is now an excellent condition 1969 AMX. This is one client who hopefully went from referral to a newly loyal customer.